Without it, Senegal will remain Africa’s favorite on paper 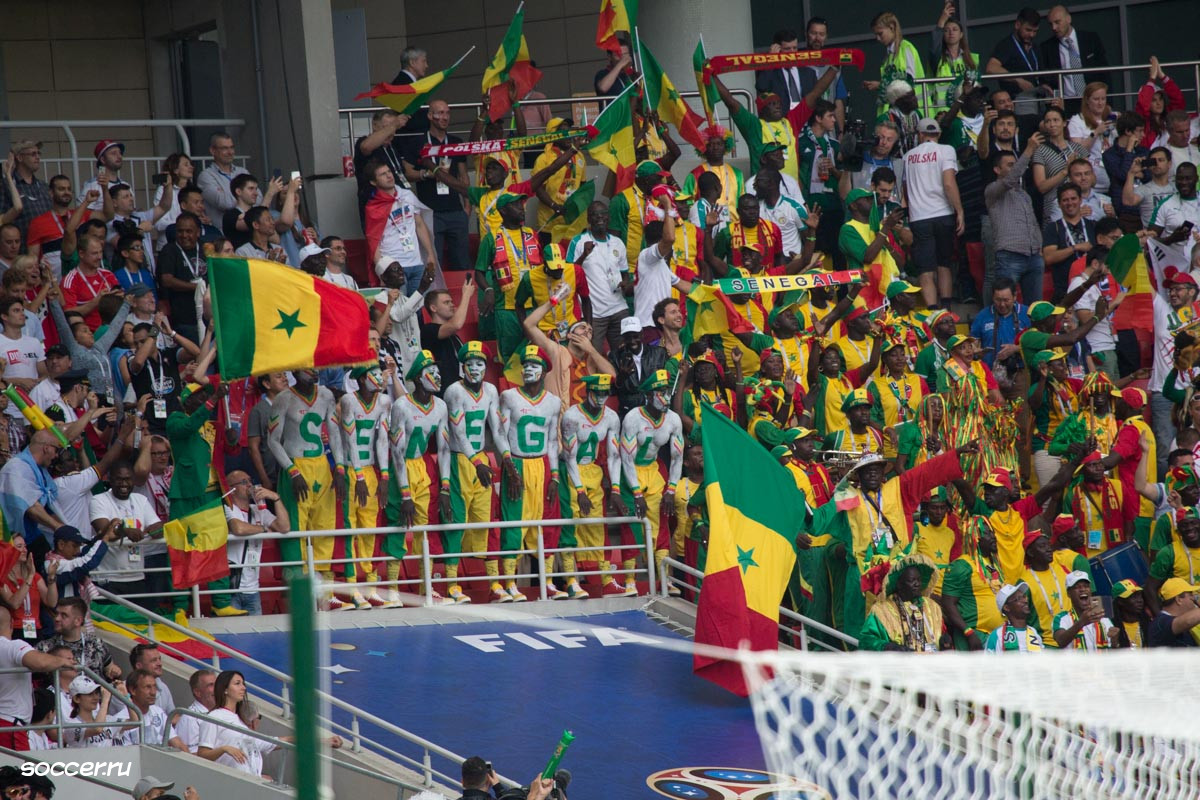 Senegalese fans in a match against Poland at the 2018 FIFA World Cup in Russia. Image by Екатерина Лаут rch via Wikimedia Commons, 20 June 2018 (CC BY-SA 3.0)

Senegal's desire to win the celebrated Africa Cup of Nations (AFCON) as confirmation of being a continental superpower has eluded the team for far too long. This year, however, as they hover tantalizingly close to ending their trophy drought, fans are hoping that their habitual struggles at the tournament will become a thing of the past.

On February 3, the Teranga Lions took a significant step to end their search for the much coveted trophy after reaching the final of the African Nations Cup for the third time in history, having also qualified for the finals in 2002 and 2019.

After agonizing defeats to Cameroon and Algeria respectively on those occasions, the West African nation will face another North African foe as it faces the record champions Egypt in the final at Cameroon's Olembe Stadium on February 6.

It could be the greatest year of the country's history, a moment the entire nation has been awaiting. Celebrations after their victory against Burkina Faso in this year's semi-final was barely a glimpse of the joy that will consume Senegalese football fans should their team win the final:

This can be our year. I think that since 2017, we have been asking if it is the right time. But there is more hope for this year. The main strength of the team this year is their spirit of togetherness. The entire nation is behind this team. We have never seen such support in the previous years and it shows they want to win this trophy.

Healing the wounds of the past

Senegal’s has featured at the biennial AFCON tournaments 16 times, only missing two editions (2010 and 2013) since 2000. They are currently the best ranked football nation on the continent, but have no trophy to show for it.

Despite being regarded as a heavyweight in African football, the Teranga Lions have remained under the shadow of its more successful rivals Nigeria, Ivory Coast, and Ghana, all of which have won the converted trophy at least twice.

Over the years, Senegal has grown accustomed to failure, but Seydi believes winning the Nations Cup will take Senegal “out of the dark”, and will mean a lot to their fans around the world:

Senegalese fans are not the only people expecting Senegal to win the trophy. Many African nations believe Senegal has to be compensated because they deserve it. It would be a big relief. It would be a perfect reward to all the previous generations who fought hard to ensure football in Senegal attains this height. Our prayer is to see this current generation win the trophy. They are reaping the fruit of what they planted.

Many generations of talented players have represented Senegal, but their failures may just be the driving force for the current team. Two-time African Player of the Year El Hadji Diouf, who played at the 2002 final, told CAF Online last month:

It’s hard. When you look at the generations of [talent] that have come and gone in the national team, it’s unbelievable that we haven’t yet managed to win the trophy. But I am convinced when Senegal wins their first trophy then it would be very difficult to dislodge them from the top.

Diouf is confident of Senegal’s chances to win. Anything other than that, he insisted, would be catastrophic, in light of the fact that they have such a talented squad. They also have one of the most formidable spins in African football with Chelsea’s Edouard Mendy in goal, Napoli’s Kalidou Koulibaly in defense, Paris Saint-Germain’s Idrissa Gueye in midfield, and Sadio Mane leading the attack.

Sadio Mane, the Liverpool forward, has been the most outstanding player of his team in the tournament, scoring the most number of goals (3) and assists (2). He also helped his club end a 30-year wait for a Premier League title and won the UEFA Champions League with the Reds in 2019. The 29-year-old has achieved several honors at club level, but winning a trophy with Senegal has always been elusive.

Having a player like Sadio in your team is hugely beneficial. [He] has always had an impact. If we [have been] able to get to this stage of the competition, it is thanks to him. We can really count on him to win this trophy.

Expectations going into the 2021 Nations Cup were therefore sky-high, despite few signs such predictions would come to pass. Senegal was strangely lacking in their Group B opener against Zimbabwe, and needed a stoppage time penalty to beat the Warriors for a winning start. After two goalless draws with Guinea and Malawi, they finished top of their group unbeaten and without conceding.

Then, they clicked into gear during the knockout stage and grew in confidence, outclassing a nine-man Cape Verde side (2-0), convincingly beating Equatorial Guinea (3-1) in the quarter-final, then knocking out Burkina Faso (3-1) to roar into the finals.

I’m not surprised we reached the final. We have a good squad with most of our players on the books of most top European clubs. […] Our objective has always been to win the trophy.

Thus far, Senegal has braved the odds. Due to several COVID-19 cases recorded in the team, they have played the lion's share of their games without most of their key players, while others were ruled out for injuries. There was also a tussle between the Senegalese Football Association and Watford, an English premier league club, over the release of Ismaïla Sarr, who made an immediate impact, despite arriving midway into the competition.

There is arguably no one more desperate to win the Africa Cup of Nations with Senegal than Aliou Cisse.

In 2002, the former captain of the Teranga Lions was one of the players who missed a penalty during the shootout in the final, when they lost to defending champions Cameroon. Thirteen years later, he was appointed coach of Senegal's national team, and has since then helped them become a dominant side — but he hasn’t been free from criticism over the years.

Questions about his suitability for the job amplified after a premature quarter-final exit from the 2017 Afcon, when the team lost to Cameroon; and in 2019, when they lost to Algeria in the final. Although Cisse has been able to win the hearts of some critics, he will certainly be vindicated if Senegal wins the AFCON on Cameroonian soil.

In Seydi opinion, Cisse's “biggest nightmare has been against Cameroon, and so winning [the Cup] in Cameroon would be good. It [would] be a reward for him.” It would also be a reward for the players who have worked so hard, and for the many Senegal football fans around the world who want to see the team deliver on its potential.