The iconic singer responded with a new song: "The Hunter" 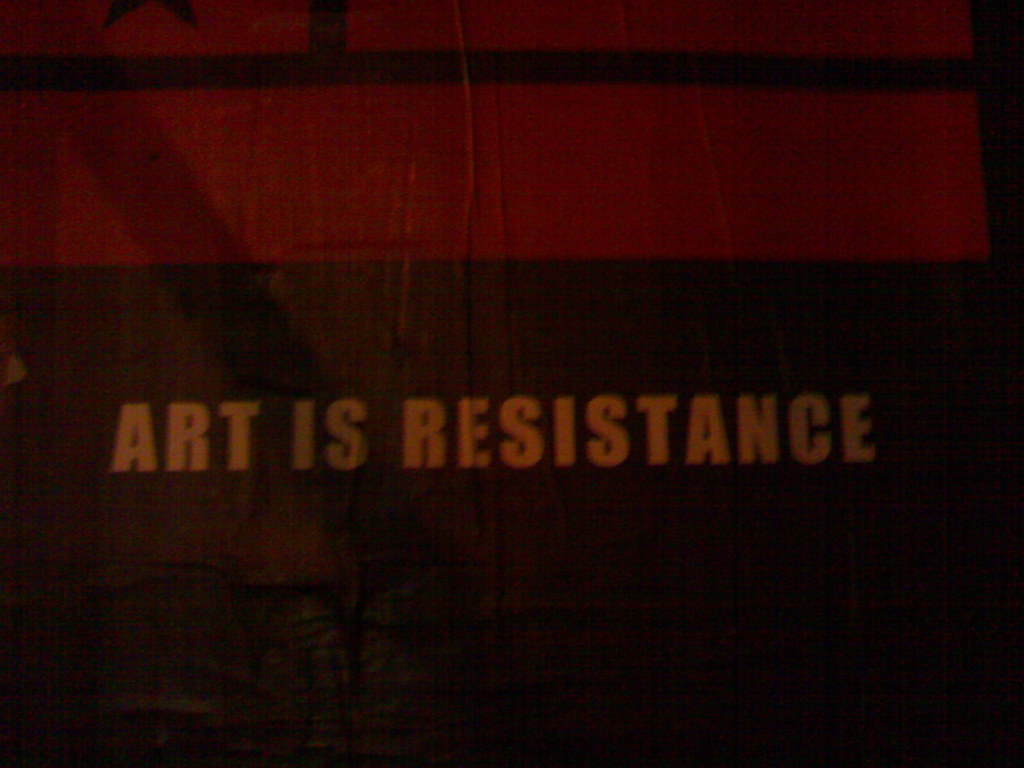 “Art is Resistance” by charles.hope is licensed under CC BY-NC-SA 2.0

The controversy over the iconic singer, songwriter Sezen Aksu's song lyrics continued last week following fresh remarks by President Recep Tayyip Erdoğan. The president, who spoke after Friday prayers, on January 21, at İstanbul's Grand Çamlıca Mosque, said, while omitting Aksu's name, “no one can defame his holiness Adam. It is our duty, to rip out the tongues of those who do when necessary.”

The president was referring to the lyrics of a song, “It is a wonderful thing to live” written by Aksu which debuted in 2017 and was relaunched by the singer via her YouTube channel ahead of New Year celebrations. Since then, Aksu is being accused of degrading religious values because one sentence in the song reads, “Give my regards to the ignorant Eve and Adam.” The 67-year-old singer-songwriter is also facing a criminal complaint and has been subject to an online hate campaign that has taken Turkish Twitter space by storm under the hashtag #SezenAksuHaddiniBil (#SezenAksuKnowYourPlace). On January 17, a group of men organized a protest outside of the singer's home.

Commenting on these cultural tensions journalist Dr. Kenan Sharpe said, “These moments of rage feel like an attempt to find an eternal enemy of some kind,” in an interview with online news platform Medyaskope TV. Under the current leadership of the ruling Justice and Development Party, much of the country's art and culture scene has been targeted for being blasphemous or inappropriate.

On January 22, Aksu finally responded to the attacks, and specifically to the remarks made by the President. But the response was not a traditional statement. Instead, the singer, shared a new song she wrote, called “The Hunter.”

You cannot upset me
Much upset I already am
Wherever I look there is pain
I am the pray, you are the hunter.
Just you shoot and see.

You cannot feel me
You cannot crush my tongue
Wherever I look there is pain
Who is the traveler, who is the host.
Just you wait and see.

You cannot kill me,
I have my voice, my music, and work
When I say, I, I am everyone.

After all, I have been writing for 47 years. And I will continue to write,
Sezen

Since its publication, the lyrics have been translated into over 50 languages.

Up until now, I have counted at least 51 languages. I hope, we all contributed to an understanding that languages won't end by getting ripped out, and that voice, music and words won't be silenced. Thank you everyone for their hard work.

In the meantime, some two hundred artists, singers, and writers signed a joint statement in support of Aksu:

We do not want a country where Aksu's freedom of expression is restricted and she is threatened with ‘her tongue being ripped off’. We declare that we are together and in solidarity against this attack.

Standing before us, is Tayyip Erdogan who has linked his exhausted hope to hostility, tension and violence. We won't remain silent to your targeting of Sezen Aksu. We will not allow you to turn Turkey into a third world country where its artists, intellectuals and youth are suppressed!

Cem Özdemir, German politician, and currently a Minister of Food and Agriculture tweeted:

It's the old game of authoritarian regimes when they're under pressure again: start wars, incite against minorities or declare people to be targets. So full solidarity with the great Turkish singer.