Could Miami show Trinidad and Tobago how to safely pull off Carnival in a pandemic?

'Hoping that it wasn’t a super spreader' 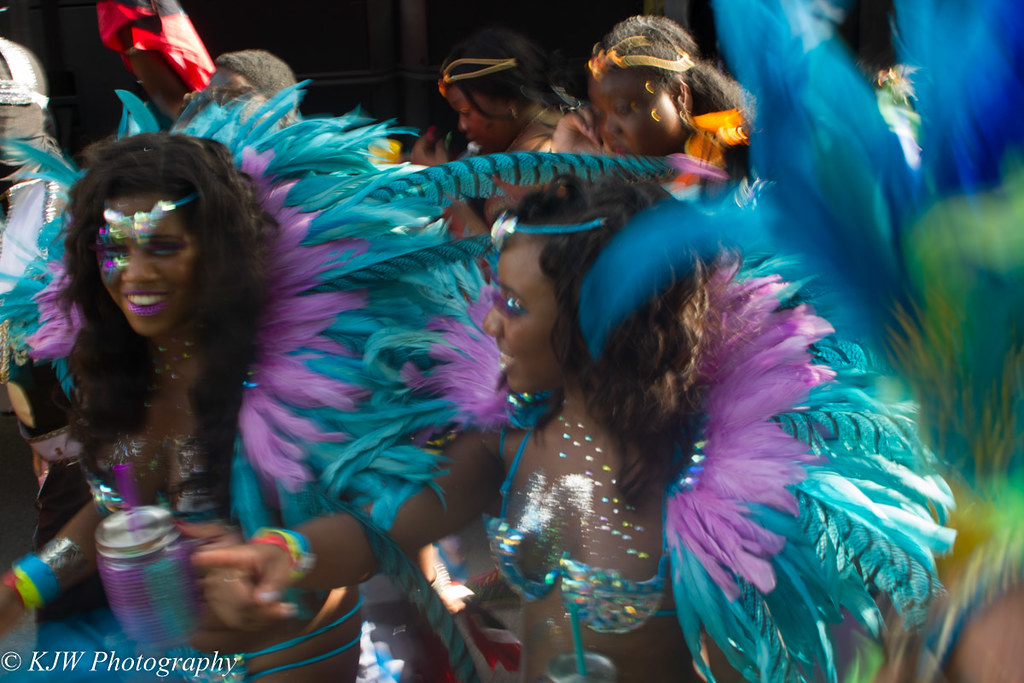 Miami Carnival, a popular community event that is primarily fashioned after Trinidad and Tobago's annual Carnival celebrations, took place during the week of October 2-10. Many Trinbagonian performers, promoters, musicians and masqueraders travelled to Florida for the event, which was attended by thousands of Carnival enthusiasts, leaving local social media users expressing concerns about what their re-entry into the country could potentially mean for the battle against COVID-19.

Trinidad and Tobago has had some of the strictest health regulations in the Caribbean region since the start of the pandemic, with mandatory mask-wearing, social distancing and public gathering protocols being legislated early on. In addition, the country's borders remained closed to non-nationals for more than a year, and the last major lockdown, which was instituted in May 2021, brought with it the closure of beaches and non-essential businesses, as well as the cessation of outdoor exercise.

As at the time of publishing, beach access and group outdoor sports are still prohibited, with many netizens advocating for an easing up of restrictions—especially because the number of new cases has remained fairly steady, hovering around 250 per day despite the May stay-at-home orders. With the pending return of Miami Carnival revellers to Trinidad and Tobago's shores, some social media users are nervous about the potential further spread of the virus, especially given that Chief Medical Officer Roshan Parasram confirmed on September 27 that the more contagious Delta variant is now at the stage of community spread.

In a public post, Facebook user Camille Selvon Abrahams was one of several Trinidadians who expressed concern:

Could be my age but I have serious anxiety about Miami Carnival. Hope I am wrong.

Responses to her post were mixed, with some agreeing and others maintaining that COVID-19 is something we all have to learn to live with. Madienne Mahon, for instance, felt that Selvon Abrahams was being sensible, saying, “The price to be paid will not be worth that jam and wine!” Shawn Mc Neil countered:

We can't stay locked up forever. Football stadiums in England more packed than those Miami events.

I understand that but uk is 63% vacinated we are 32% that is real numbers.

While Mc Neil's point that “lockdowns are temporary fixes not the solution” may be sound, the fact remains that in a vaccine-hesitant region like the Caribbean, where many regional health systems will not be able to withstand an increased demand on its services, and citizens have been feeling the mental, physical and economic effects of lockdowns for some time now, events like Miami Carnival present an unwelcome complication.

Nicole Darmanie put it this way:

Highly vaccinated countries such as the UK that are pretty much back to normal, but they have the capacity within their health care system to treat with the rising numbers that will come with fully open economies. My question is, can we compare in that way? We are way less vaccinated and our resources are much less. What will be our outcome? It's a hard time to govern!

Several commenters, including Joan Hintzen, noted that proof of being COVID-19 negative was required to participate in the festivities:

My understanding is that anyone who participated in the carnival events had to present a negative PCR test result. There were free testing stations, temperature checks. They followed strict protocols to provide a safe as possible environment for all entering the Fairgrounds for both J’ouvert and the parade. I know that at least one fete required PCR negative test. I’m hoping that most people attending were vaccinated. My friends who participated are all fully vaccinated. Hoping that it wasn’t a super spreader.

Indeed, the event's website specified that under the theme “No mask, no mas”, the Miami-Broward One Carnival Host Committee emphasised its commitment to making all interaction safe, given the situation with the COVID-19 pandemic:

Covid 19, along with the Delta variant, has changed the landscape of our world, so we must change with it. [We are] committed to our patrons’ safety [and] will incorporate and go beyond the CDC’s minimum requirements.

All patrons are required to have a mask on during the event at all times. Failure to comply will result in removal. Let's have a safe Miami Carnival 2021!

Trinidadian music manager Lorraine O'Connor, who was in Miami for the event and spoke with Global Voices via WhatsApp voice call, saw no cause for worry as there was mandatory testing for everyone involved in the event:

First off, to even travel to the United States, you have to produce a negative PCR test. To get into all the major Carnival events, like the parade and J'ouvert, you must produce a negative COVID-19 test or you won't be admitted. While masqueraders would have done their test beforehand—they couldn't even collect their costumes without that proof of negative COVID status—there were also testing stations set up outside these event locations and it was a very simple process involving an app and health care professionals on hand to administer the test. I was tested outside the J'ouvert event and the whole process took about 20 minutes to half an hour, so everyone that would have been let into these arenas was negative.

While she admitted that “nothing is infallible,” O'Connor does not think Miami Carnival will turn out to be a super spreader event, explaining, “Even if someone contracted the virus, they have to produce a negative PCR test for re-entry into Trinidad and Tobago.” Quarantine protocols for passengers arriving in Trinidad and Tobago also remain in place.

O'Connor believes that the safe and professional way in which the event was managed should be used as a template for the country to host its own Carnival come 2022. Trinidad and Tobago's 2021 Carnival was cancelled, leaving many people who rely on the festival for income in the lurch:

This event proves that hosting Carnival responsibly is possible, even in the midst of a pandemic. It felt so good to be a part of it, to see the joy on young people's faces as they enjoyed themselves. They needed this and it is so simple to do.

In response to questions about videos like this one, in which many of the masqueraders are neither masked nor socially distanced, O'Connor explained:

While the registration forms asked for vaccination status, the main prerequisite was a negative COVID-19 test—which makes sense, since vaccinated people can still contract the virus. Once you produce a negative test, mask-wearing and social distancing are not necessary, so I say, ‘Bravo'! It was a fantastic event. It was great to see the Caribbean coming together and I certainly hope we can do the same for Trinidad and Tobago Carnival 2022!

Prime Minister Keith Rowley has thus far neither confirmed nor denied whether Trinidad and Tobago will be having Carnival celebrations next year.