The government’s transparency is being questioned; Part 2 of 2 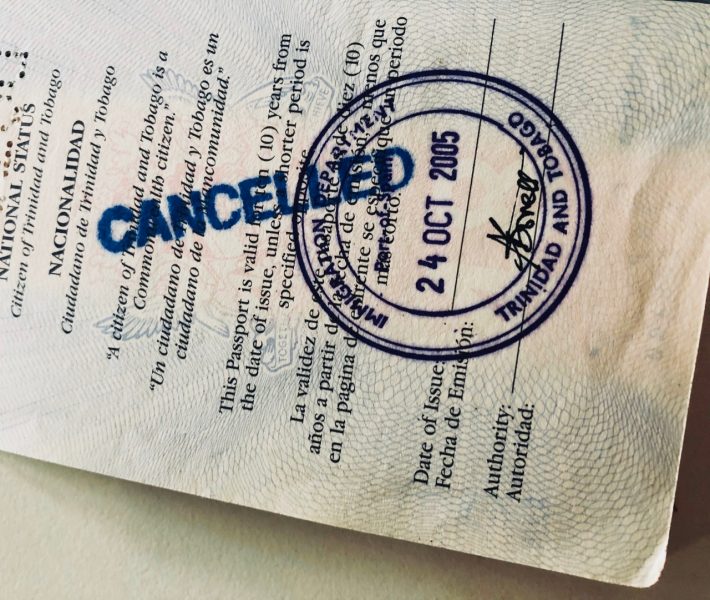 This is the second instalment of a two-part post. The first can be found here.

Ever since Trinidad and Tobago closed its borders to everyone but its nationals at midnight on March 17, 2020, and then to its own citizens by March 23, nationals have been waiting to be granted permission to come home. However, the travel exemption process by which applications are granted is coming under fire for being inefficient, especially since those who applied under the initial process are now being asked to reapply under an updated system.

Minister of National Security Stuart Young has minimised the harsh realities still being faced by nationals stranded abroad, referring to them as “rabble-rousers, mischief-makers and those who want to be relevant.”

In October 2020, British Member of Parliament Steven Baker appealed to the Trinidad and Tobago government to repatriate its nationals stranded in the U.K. Prime Minister Keith Rowley's riposte referred to a completely separate matter—that of money stolen from the Trinidad and Tobago treasury, allegedly by a British senior counsel with the assistance of local opposition party officials—and dismissed MP Baker as an “itinerant UK MP” that the opposition United National Congress had convinced to raise the issue in the UK Parliament. Prime Minister Rowley's response did not outline his government's exemption strategy.

Kirsten Forkert, Professor of Cultural Studies at the Birmingham School of Media, noted that the COVID-19 pandemic has revealed inequality on a global scale, but finds it “unfortunate that countries are using the pandemic to close borders and deny access to healthcare to those with precarious immigration status and those who have been stranded.” She added that the reaction of some news organisations in vilifying those stuck abroad “raises serious questions about the role and responsibility of the media in the pandemic, at a time when holding governments to account is all the more urgent.”

Are lessons being learned?

Many still-to-be-repatriated Trinbagonians blame what they deem the government’s poor communication, weak technical support and lack of transparency for their emotional and financial trauma.

Many are seeking legal counsel in an attempt to be compensated. By using a “flawed” exemption system, they contest, Trinidad and Tobago has violated their human rights. However, local attorneys have said that Trinidad and Tobago is well within its rights to do so, suggesting that stranded nationals do not have a solid case against the state.

Is there any recourse?

One Trinidad-based attorney, who wished to remain anonymous, said that recourse wasn’t a straightforward matter. The government’s ability to regulate borders, he explained, “is no way in question, as it has an absolute right and a duty to do so;” however, whether the exercise of that power intersects with the rights of the citizens remains to be argued.

Although the country’s Immigration Act states that entry can be denied to certain people, including those “afflicted with any infectious or dangerous infectious disease,” citizens and residents whose legal status has not been revoked are expressly exempted from these prohibitions.

“Accordingly,” says the attorney, “nationals have a right of entry. The question to be answered here is whether the government’s exemption system constitutes a denial of that right or whether the system is so intrinsically prohibitive in nature that it significantly limits the ability of citizens and residents to exercise their right of admittance.”

While he noted that Section 4(1) of the Quarantine Act gives the Minister of Health the power to “regulate the whole or any part of Trinidad and Tobago for the prevention of danger to public health from ships or aircraft or persons or things therein,” it is unclear whether those powers extend to prohibiting entry to citizens and legal residents.

Constitutional rights must also be considered, explained the attorney, specifically the rights to enjoyment of property, equality of treatment from any public authority in the exercise of any functions, and freedom of movement. “Traditional wisdom,” he says (which is supported by case law), “suggests that this refers to movement within the borders; however, it is worth another look.”

The question of “equality of treatment” has been raised with regard to the granting of exemptions. The attorney noted, however, that whereas this is a valid concern, the burden of proof to raise such a challenge is “particularly onerous.”

With regard to the issue of healthcare, he added, “Citizens with subsisting conditions or someone who has been exposed to the COVID-19 virus and is in need of healthcare will rely on the government services they have been paying taxes to for years. Can the government, by virtue of its policy, deny access to healthcare to its own citizens, and if so, which public authority must a citizen of Trinidad and Tobago outside the borders turn to?”

The attorney was aware of legal challenges being mounted over the re-entry process. Over time, he says, they should “bring some clarity,” but as it stands, there is no telling how they will turn out.

In the interim, thousands of Trinidad and Tobago nationals continue to wait.

Rachel-Ann Charles is a Lecturer at Birmingham City University, School of Media in the United Kingdom.