US in Syria: What to expect of the new administration? 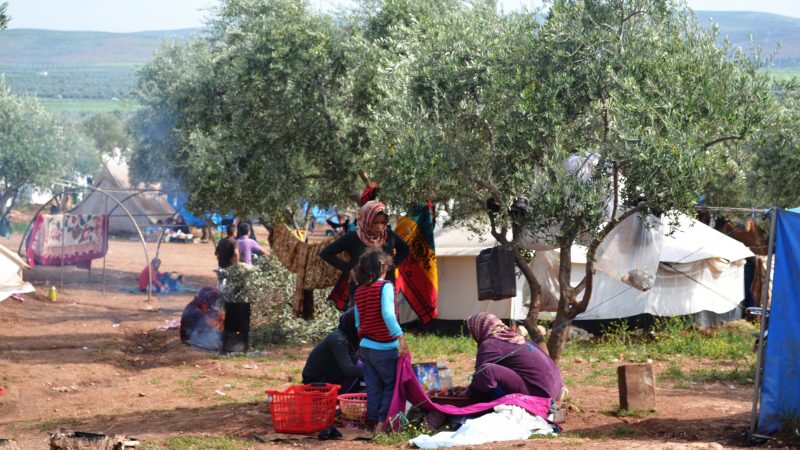 As the four-year term of US President Donald Trump nears its end, what will the new administration mean for Syria's dragging war and its embattled population? Although Trump officially ordered a comprehensive US withdrawal of troops from Syria over the last four years, the civil war remains an important issue for the US administration, as exemplified by its anti-terrorist missions over the last few months.

It is likely that US President-elect Joe Biden would bring new considerations to the US’ position on the conflict without imposing significant changes on the ground.

In an interview last month with Defense One, Jim Jeffrey, former US defense adviser on Syria, ruled out a potential full “US withdrawal” from Syria, despite Trump's orders, saying, “We were always playing shell games to not make clear to our leadership how many troops we had there.” According to Jeffrey, US activity in Syria never diminished under the Trump administration and remains prominent despite recent calls for troops reduction on the ground.

In fact, US forces extended their scope, carrying out regular anti-terrorism missions from Iraqi bases alongside Washington-backed Syrian Democratic Forces (SDF). Officially, the Pentagon only granted US presence for 200 soldiers on the ground. Nonetheless, according to a New York Times report in October 2019, US forces could currently reach 900 troops in Syria alone. Amid recent policies aimed at securing territory control and combatting terrorism, it is increasingly likely that US forces on the ground will be reinforced.

An example of such operations is last month's destruction of an ISIS camp in the Badiyah desert by a US-led aircraft from the international coalition, while some additional US military vehicles were rolled into eastern Syria. In the first week of November, 14 operations were carried out targeting terrorist groups in the area, while recent reports from Operation Inherent Resolve illustrate the necessity of maintaining a regular presence on the battlefield to combat what they described as ISIS’ still-active pockets on the ground. Large scale fighting was also recently reported between ISIS forces and pro-regime fighters near Deir ez Zor, the largest city in eastern Syria.

Perhaps last month's announcement by US Senator Lindsey Graham and Secretary of State Mike Pompeo of an oil contract between the SDF and a US oil firm will add further backing for more US deployments to Syria. In addition to spearheading operations against terrorist threats to its regional interest and allies, the Syrian war's relevance to the US administration stems from Washington's pressing desire to scale down Russian territorial expansion in the region, since Moscow remains the Syrian regime's key supporter. Hence, Washington continues to back Kurdish forces against direct military confrontations involving Russian mercenaries.

Biden has yet to put forward his future Middle East policy as a campaign argument, so his military policy in Syria remains unclear. But last month, the upcoming US president noted he would keep up to 2,000 US boots in troubled parts of the Middle East, focusing mainly on “special forces” and that these forces “should not meddle in the political dynamics of the countries where they operate.” More generally, Biden said he will shape foreign policy based on “American interests.”

Biden appears aligned with the Trump administration on sanctions in Syria. In some of his pre-campaign interviews, Biden said he does not plan to modify or repeal the Caesar Act, a set of sanctions on Syria recently approved by the US Congress, and will “keep the US sanctions on the Syrian regime and the entities that deal with it in place.” Nonetheless, Biden's advisers recently raised the possibility of exceptions on humanitarian grounds to ensure aid to “Syrians in need.”

The main difference between Trump's and Biden's administration regarding Syria will probably reside with human rights. Kamala Harris, the US vice president-elect, rose against Trump's decision in 2019 to withdraw from Syria, following Turkey's operation Peace Spring. Anthony Blinken, the future secretary of state of Biden's administration, also shares this view. In an article for the Brooking Institute last year, he described the US’ military policy in Syria as an “error of doing too little.” He notably warned: “If the retreat from Syria announced by Trump proceeds, we will likely see the return of the Islamic State as well.”

In an interview with CBS last May, Blinken said Obama's administration, in which he served as deputy Secretary of State and former Deputy National Security Adviser, had “failed” the Syrians, and the US policy toward the war had since worsened, particularly by Washington abandoning its Kurdish allies. According to a transcript of the interview, he said: “We failed to prevent a horrific loss of life. We failed to prevent massive displacement of people internally in Syria and, of course, externally as refugees,” adding that Biden's administration will try to regain traction with a closer eye on the humanitarian angle.

The new US administration could pay much more attention to the situation in Kurdish controlled areas, compared with Trump's “laissez-faire” policy toward Turkish forces in the area. Harris had also raised in favor of a US intervention in Syria, particularly following chemical weapons attacks by the Syrian regime in 2017.

Robert Ford, a former US ambassador to Syria, even suggests that the Biden administration will provide the Kurdish community with an essential backing for the “recognition of a Kurdish state worldwide.” Sinam Mohammad, Syrian Democratic Forces’ political representative to the United States, recently told VOA

SDF hopes the Biden administration will bring more political support for us to be included in talks that will determine our future and that of Syria as a whole.

As such, Biden's approach toward the Syrian conflict is expected to clash with Turkey, another key player in the Syrian war. While Biden's administration is an SDF ally, Ankara's current extensive policy has been against this Kurdish-Arab alliance in northern Syria which it considers a “terrorist group.” On the contrary, Trump had referred to the Kurds last year as “natural enemies.” Jim Jeffrey, the former US defense adviser on Syria, confirmed in his November interview with Defense One that no one in Washington had given any guarantee for the Kurds against Turkey, limiting such cooperation.

Following Biden's election, diverse commentators predicted bumpy US-Turkey relationships over what they forecasted as US support for Kurdish territory enforcement in the region.

Within the humanitarian context, Biden's administration also plans to implement current US refugee policy. While the outgoing administration had lowered the cap to 15,000 refugees for the fiscal year 2021, which is an all-time low, Biden promised to “set the annual global refugee admissions cap to 125,000, and seek to raise it over time.”