For some older speakers, using technology is challenging. For those less fluent, grammar is the headache. 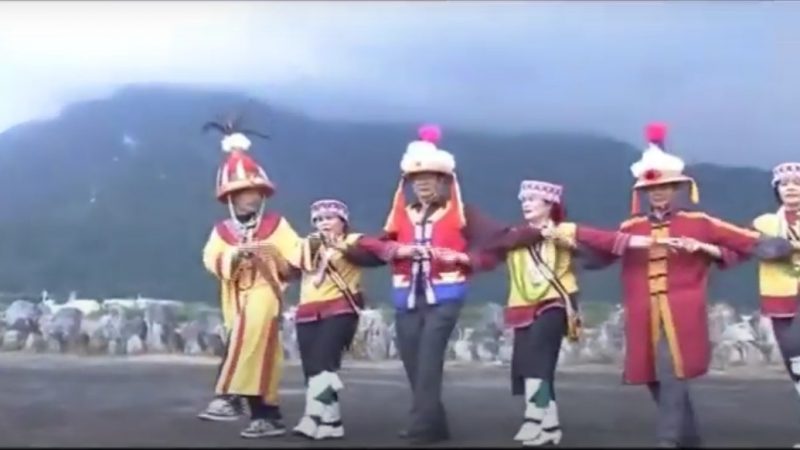 In November 2019, Wikipedia editors who are native speakers of the Sakizaya language of Taiwan got the perfect gift — a Wikipedia for their own language.

There are 299 active Wikipedias in 299 different languages. The Sakizaya Wikipitiya, as it is called in Sakizaya language, currently has 1,759 articles written by around 40 active volunteer editors.

Like all Wikipedias, it is open to all for reading and contributions. Wikipedia editing largely involves creating new encyclopedic content, editing existing articles, and translating existing content from other languages on Wikipedia.

The Taiwan government only recognized Sakizaya people as a distinct ethnic group from 2007. For 129 years prior to that, the group had been classified as Amis in ethnic classifications. This was because people belonging to the Sakizaya group began to intentionally hide their ethnic identity after a devastating battle with Qing invaders in the late 19th Century which is referred to by the Sakizaya as the “Takubuwan Battle”.

Currently the indigenous community is based mostly in the cities of Keelung, Taoyuan City, New Taipei, and Hualien County.

The official population of the community was 985 as of January 2020.

Below is a short video on the history of Sakizaya people produced by The Council of Indigenous Peoples:

To learn more about the development of Sakizaya Wikipedia and the digital activism efforts behind it, Rising Voices reached out to Lami Tsai-Wei Hung, one of the active editors of the Wikipedia and a PhD scholar in the Department of Ethnic Relations and Cultures at the National Dong Hwa University in Taiwan.

Rising Voices (RV): What is the current state of the Sakizaya language and how is it used in everyday life, education and media?

Lami Tsai-Wei Hung (LH): Along with six other indigenous languages in Taiwan, Sakizaya is classified as “critically endangered” by UNESCO. For its vitality, Ethnologue, a guide on living languages of the world, classifies the language as “institutional,” meaning the language has been developed to the point that it is used and sustained by institutions beyond home and community settings. However, Ethnologue’s assessment may not reflect actual status.

Though the 2020 statistics suggests that there are about 985 registered members of Sakizaya, the number of actual speakers could be as low as 590 as it hasn’t been fully passed down to the younger generation. Many Sakizaya elders above 55 might be fluent, yet urban dwellers and youths might not be.

While there’s no designated TV channel or radio station in Sakizaya, the Taiwan Indigenous TV (TITV) and the FM96.3 Alian Radio broadcast in local indigenous languages including Sakizaya. However, the lead anchors are in their sixties and therefore [lack] young audiences.

The government has become more aware of the [need to use] indigenous languages along with Mandarin for public announcements. While it has made policies more indigenous-friendly and brought more subsidies to language revitalization programs, this has not helped much in raising public interest.

RV: Can you elaborate more about the use of Sakizaya in education?

LH: So we have this mandatory “native language curriculum” for everyone till 9th grade, which takes place one hour per week. Students can enroll in any preferred language as long as the school has a teacher for it. And if a student intends to learn Sakizaya, the school is obliged to find them a teacher for the language. At the moment, there are about 15 teachers and 60 students for Sakizaya in elementary schools and junior high schools across the country.

RV: Wikipedia in a new language is always a huge challenge for the community as there is a need for published resources like noted newspapers, journals, books, etc. What resources have you provided to bring Sakizaya Wikipedia live?

LH: Some contributors built on existing entries in (traditional) Chinese and English Wikipedia by translating them into Sakizaya. This makes the job easier because they can use the references already cited in the related entries. Meanwhile, some referred encyclopedias when making entries on indigenous herbs. These are two practices that we recommended to our community as they save time. Some went further and did additional research on Google, YouTube, newspapers and academic publications for entries that weren’t covered yet in Wikipedia. Some even wrote about basketball players, comics books, American TV series and anything that interests them. Of course, elders with in-depth knowledge concerning the Sakizaya people, their history and their places of heritage usually work on [articles] on their own, with maybe some technical assistance from young people.

RV: How large and active is the editor community at the moment? Do you have a specific focus area as a community?

LH: We have about 30 active editors right now. -Ten of them are from the Mentor-Apprentice Program funded by the government. Tuku and I designed the Sakizaya program under this framework. It has been running for two years now and will conclude its first term by the end of 2020. To foster commitment, participants in the program are provided with long-term subsidies as they cultivate their language skills. And this program requires that they contribute to the Wikipedia project on a monthly basis — with entries or maintenance work. The remaining editors are those who have been contributing since the inception of Sakizaya Wikipedia on Wikimedia Incubator.

RV: Are there any ongoing initiatives to raise awareness of COVID-19 (coronavirus) on Sakizaya Wikipedia?

LH: COVID-19 is too enormous to be ignored. Because one of the Mentor-Apprentice program’s goals is to make Sakizaya part of our modern life, we designated a whole session of our class to it. So far, we have published two COVID-19 entries—  COVID-19 and “satebuc nu kitakit” (catastrophes worldwide).

RV: Tell us more about your future plans as a community.

LH: We definitely need to expand our editing community much more and encourage them to write on a regular basis. However, not all native speakers are familiar with Sakizaya grammar, use of computers and Wikipedia editing.

In contrast, those who are privileged with computer access and capable of editing are most likely not very fluent in the language. Many have difficulty incorporating Wikipedia editing into their daily routine. So I proposed a plan for training workshops and editing competitions and hopefully both will be rolled out soon. We will make circuits of workshops among seven of our tribes so that elders and youths can be paired up for editing. Young people can make drafts in Chinese and then ask the elders to rephrase or translate the content into Sakizaya, or the elders can orally narrate for the youth to type up. Still, we hope young people will be able to do it all by themselves some day.

We are planning to take advantage of social media in growing the community. For example, we will announce a topic every month on Facebook and invite followers who are native speakers and/or active learners to join us in strengthening Sakizaya Wikipedia. We hope this will help them stay engaged, while helping us locate potential candidates for further mentoring.

RV: How do you plan to collaborate with like-minded organizations and Wikipedia editors from Taiwan and other countries?

LH: While Sakizaya Wikipedia was being developed in the Incubator, we worked very closely with the Center for Aboriginal Studies at the National Chengchi University, which encouraged every indigenous language student to start a Wikipedia project in their own language on Wikimedia Incubator. We have also been in touch with Wikimedia Taiwan, an affiliated local Wikimedia Chapter. The Center along with Wikimedia Taiwan has provided our Wikipedia community with technical and consultative assistance. Both organizations have continued to support us to this day.

Nuwatan o Kumud, a Sakizaya elder, told of his struggle to learn how to edit Wikipedia and encouraged young Sakizaya speakers to join the community in an audio message.

Below is an excerpt of the message transcribed and translated by Buting Nukay and Miku Kumud:

Step by step, I gradually learned to write and edit Wikipedia [entries]. What I have written down is everything I think needed to be documented. These are the footsteps and tribal affairs of our people. I want to put them all onto Wikipedia…I think you can do it — learning to edit Wikipedia [entries] while working with a mouse in front of the computer. If even I can learn to do so, youngsters like you with a flexible mind should have no problem at all.