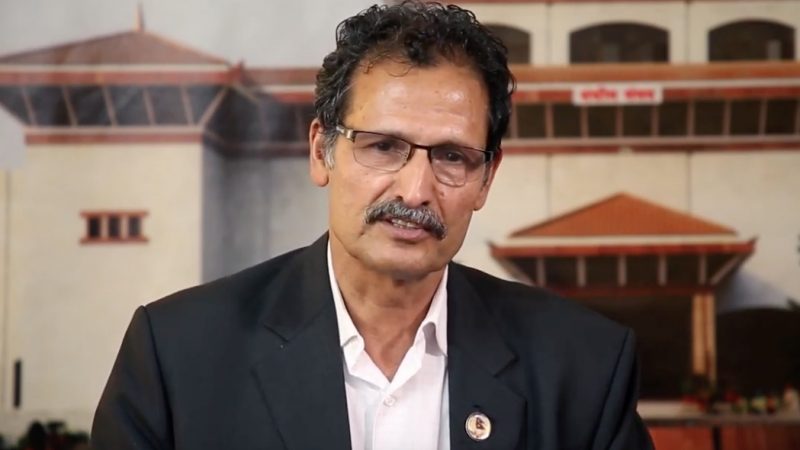 In Nepal, top politicians have become highly skilled at escaping justice: nothing exemplifies this better than the fact that the post of Speaker of the House of Representatives is now occupied by a candidate accused of murder, as Agni Prasad Sapkota replaced the former speaker – himself accused of rape – on the 26th of January. Fourteen years after Nepal ended a decade-long civil war, access to justice for the majority of the conflict's victims looks impossible.

Outrage in the human rights community

For over a decade, human rights groups have pushed for Sapkota, a presently standing committee member of the ruling Nepal Communist Party (NCP) to face an independent investigation to be led by Nepal's Supreme Court for the ongoing murder case pending against him in relation to the death of Arjun Lama, a school principal.

But despite the gravity of the accusation, Sapkota has continued to rise within his party. On 26 January 2020, he was elected as Speaker of the House of Representatives, delivering a massive blow to the prospect of justice and truth promised to the country’s thousands of human rights victims and human rights watchdogs.

This move indeed ignored the joint statement issued on 25 January by Amnesty International, The International Commission of Jurists (ICJ), Human Rights Watch and TRIAL International urging the ruling Nepal Communist Party (NCP) to reconsider their nomination of Sapkota until a thorough and independent investigation would be completed.

On January 27, the day following Sapkota's appointment, the police arrested more than a dozen activists including members and staff of Amnesty International Nepal. They were eventually released later that day.

Our colleagues in Nepal, including Amnesty Nepal Director and two former board members, were arrested during a protest against the appointment of Agni Sapkota as Speaker of the Federal Parliament.

Peaceful protest is not a crime.https://t.co/zwQxnffNsn

The infamous case of Arjun Lama

Sapkota stands accused of ordering the abduction and murder of Arjun Lama, a principal at a local school in June 2005. At the time, Sapkota was a member of the Standing Committee of the Communist Party of Nepal (Maoist Centre) led by Pushpa Kamal Dahal ‘Prachanda’, the man regarded as having initiated the civil war, and a key figure in Nepali politics.

Having served twice as Prime Minister, Prachanda is now the co-chairman of Nepal's ruling party, the Nepal Communist Party, that strongly advocated for the election of Sapkota. It seems that Sapkota has indeed been the protege of Prachanda: despite complaints lodged by the human rights community, he was able to lead a successful political career, serving as Minister of Information and Communications (2011) and later as Minister of Forests and Soil Conservation (2015-2016).

But life has been a nightmare for Arjun Lama's widow, Purnimaya Lama: since 2005, she has been struggling to understand what happened to her husband. It is only with the backing of local and international human rights organizations, along with an order of the Supreme Court that she was able to pressure the police in the district where her husband was taken to register a First Information Report (FIR), which finally happened in August 2008. At this point, her husband had already been missing for three years.

To add insult to injury, the case of Arjun Lama was again stalled, during the speaker election, allowing Sapkota to ascend to his new position, much to the cries of human rights groups:

Election of Agni Sapkota as parliament speaker in Nepal shows why a credible transitional justice process is necessary in Nepal. Nine years later, our message is still the same: https://t.co/o5Awk6Lidk

According to Amnesty International Nepal, the next hearing is set to take place in February 2020.

A rabid culture of impunity

Although the media spotlight is on him, Sapkota is just a cog in a system made of people with equally dubious human rights records.

From the rape-accused former Speaker of Parliament, Krishna Bahadur to Prachanda's flippantly provocative statements and pressure on competent women to resign, it is clear that Nepal's top politicians are further entrenching a culture of impunity to their benefit.

Indeed, Prachanda announced in a tweet that he was willing to take responsibility for 5000 deaths out of 12,000. This comes after his comment last year, where he challenged his detractors to take him to to the International Criminal Court in the Hague, from where he provocatively stated he would return as ‘a hero.’

And because Sapkota was Prachanda's choice for speaker, this meant that one of the country's prime contenders, Shiva Maya Tumbahamphe, a woman from the same party as Sapkota albeit a formerly separate faction (CPN-UML), was forced to resign, leaving the way for Sapkota to win unopposed. This is a reminder that in Nepal, patriarchy trumps competence:

Once again, leaders at CPN have proved that they are just here for their party and not the country. Agni Sapkota, a man charged with murder, has been proposed for the speaker. An insult to conflict victims and an insult to women. #Nepal https://t.co/vqlJ9JcrrK

Disheartening as it may be, the reality of a pervasive culture of impunity can no longer be contested. Although the Maoists signed the 2006 comprehensive peace plan containing a critical provision to investigate their share of extrajudicial killings, that promise more than ever seems disingenuous. Indeed, it took eight long years for two commissions – the Truth and Reconciliation Commission (TRC), and the Commission of Inquiry on the Disappearance of Persons (COID) to be established in 2015. Prior to that, the government passed in 2013 an ordinance that sought to provide the commissions with broad-ranging discretionary powers to recommend amnesties for perpetrators of serious human rights violations.

Despite being struck down by the Supreme court for being illegal and in violation of international standards, the final text that established the two commissions nevertheless reinstated very similar provisions. And making matters worse, behind closed doors, the two political parties are the ones appointing their own commissioners.

The disregard for victims of this violent conflict is painfully clear in the words of this human rights activist.

There is no witness protection policy. It is clearly a perpetrator-led process that serves the interests of the perpetrators, not the victims.

For the thousands of victims of Nepal's war who have been struggling for truth and justice for their families and loved ones, the future is bleak.

As of today, Purnimaya Lama, portrayed in this video, still does not know what happened to her husband or why, and where his body is: