"Please raise the issue of Pakistani students stranded in Wuhan" 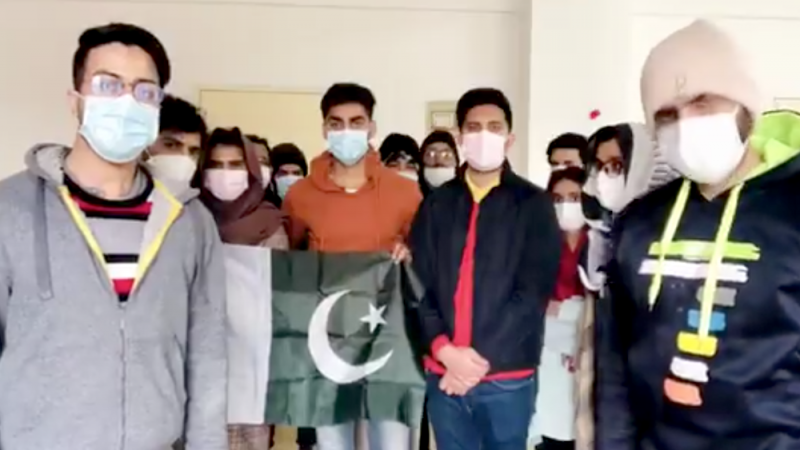 Pakistani students in Wuhan appealing to the government. Screenshot from Twitter.

In December 2019, when China faced the first outbreak of the novel coronavirus (2019-nCoV), the government responded by placing Wuhan, the city in Hubei province where the virus was first detected — as well as 13 nearby cities — under quarantine.

The move affected over 40 million people, among them Chinese citizens and foreign nationals, including nearly 500 Pakistani students studying in Wuhan. By December 29, 2019 four of them had already tested positive for the coronavirus. By January 30, 2020, the World Health Organization (WHO) declared the pandemic an international public health emergency.

Coronavirus, usually found in animals, has evolved to the point where it can (and has) infected humans, as evidenced by past outbreaks of Severe Acute Respiratory Syndrome (SARS) and Middle East Respiratory Syndrome (MERS). There are also four Coronavirus strains out of seven known strains that cause mild respiratory symptoms similar to the common cold.

Travel is being affected

On January 28, the moment a Pakistani student travelling from Wuhan arrived in Karachi, he was admitted to the isolation ward of a private hospital for observation. The student, identified only as Arsalan, will be kept under observation for 14 days.

The escalating scope of the outbreak has since made it difficult for others to leave. As many as 150 Pakistanis have been stranded for days at the Urumqi airport in the northwestern province of Xinjiang. Tariq Rauf, who is in China studying for his PhD, mentioned in a video that the Pakistani community is stuck in Ürümqi because onward flights to Pakistan have been cancelled.

Like many other countries, Pakistan has cancelled all flights to and from China until February 2, 2020, when, it is expected, authorities will reassess the situation and decide how best to move forward. 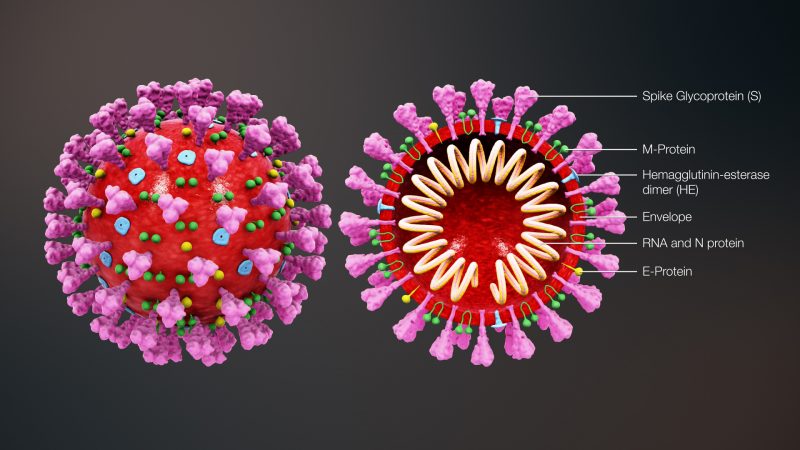 Students appeal to their government

Pakistani students stuck in Hubei province took to social media to appeal to the Government of Pakistan to send for them; an #EvacuatePakistaniStudents hashtag is also making the rounds.

On Twitter, Umar Bhutto, who hails from Karachi, shared the plight of his brother and friends:

My elder Brother & other Pakistani students requesting to government of Pakistan to help them out from China due to corona virus. There are other several Pakistani Students who are in Stuck In China. Kindly Do Something for our Pakistani Students. :”(#coronarovirus @ImranKhanPTI pic.twitter.com/FfBI1K47BG

In the video, Bhutto explains that when the stranded students contacted the Pakistani embassy in Beijing, officials advised them to go to higher authorities. They, therefore, made the video to appeal to the Pakistani government for help and to inform the public of their situation.

All over social media, there were similar appeals:

However, the Foreign Office of Pakistan tweeted:

Regular contact and updates being sought from Chinese authorities. Our Embassy reaching out extensively to all our students and nationals. Chinese universities have ensured free meals to all students and regular monitoring of students’ health.
1/2

To some, however, that is not enough. Hajrat Ali, a Pakistani student living in Wuhan, shared a video proving that India is in the process of evacuating its own students from China:

In the clip, he shared his frustration that Pakistan's government is failing to assist its stranded students, while other neighbouring countries like Bangladesh and India have started evacuating their nationals from Hubei province.

No plans for evacuation

The chances of Pakistan following their lead seem slim. On January 31, Senator Seemi Ezdi of the ruling Pakistan Tehreek-e-Insaf (PTI) party admitted that while the government’s decision not to evacuate the students “is apparently looking harsh […] the students will likely receive better treatment in China”. He fears that Pakistan is not sufficiently equipped to provide the level of medical care that coronavirus patients would need.

Backing up this position is Dr. Zafar Mirza, special assistant to the prime minister on national health services, who said, “We believe it is in the interest of our loved ones in China to stay there. It's in the larger interest of the region, the world, and the country that we don't evacuate them now.”

Meanwhile, the first consignment of coronavirus detection kits, which were donated by Japan, has reached Pakistan's National Institute of Health (NIH) in Islamabad. The shipment has allowed health sector employees to analyse at least 1,000 suspected samples for the novel coronavirus.

Fear and misinformation in Pakistan

Despite the government's refusal to evacuate the Pakistani students, the fact that there is a large number of Chinese nationals in Pakistan — as well as frequent travel between the two countries — is instilling a sense of fear among Pakistanis.

While the Karachi Port Trust (KPT) has taken measures to quarantine Chinese and Southeast Asian ship personnel to help stem the spread of the coronavirus, there is also a lot of misinformation circulating.

One such example was the rumour that the Punjab Government issued a warning against eating goat meat for sixty days; the authorities denied it, but it still spread like wildfire on social media. In another case, a fake emergency notification claimed that Pakistan’s health ministry had advised the public to avoid crowded places.

Some people posted insensitive comments and memes on social media, suggesting that the virus was Allah's revenge for China banning the niqāb, and for its repression of the Uighur Muslims, while implying that Pakistanis, being Muslims, will be protected. The state religion of Pakistan is Islam; over 96 percent of the population is Muslim:

While the Pakistanis stranded in Hubei province do their best to cope, their families back home anxiously await their safe return.