Viktor Pelevin's tale of 'weapons-grade memes' is creative but overambitious 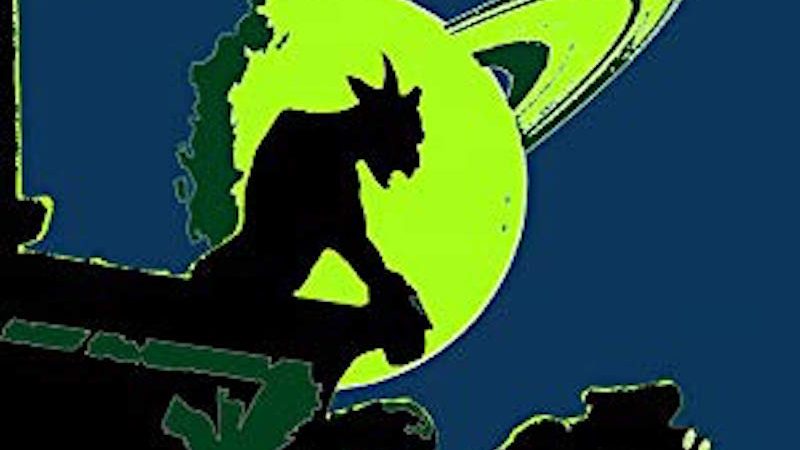 This August, prolific Russian writer Viktor Pelevin published his newest novel “The Art of the Light Touch” (Искусство легких касаний). Pelevin, who has published a new book every year since 2011, is hailed by literary critics and adoring fans as an “undeniable genius” for his stark analysis of Russia's contemporary political and social climate. But Pelevin is also something of a mystery: the author has not given an interview or been on a book tour in over a decade. Indeed, many fans suspect that Pelevin is less an individual and more a conglomeration of many different authors. Some even think he is a computer.

For his part, Pelevin has done nothing to dispel these rumours and conspiracies. Whoever he really is, Pelevin’s talent is undeniable. He fuses esoteric philosophy with sharp observations on current events. In 2009, Pelevin was voted the most influential intellectual in Russia; his works have made it into the postmodernist literary canon and are taught in every philology department in Russia and in universities abroad.

That reputation made the mixed reviews which met this year's eagerly anticipated novel all the more surprising.

Unlike Pelevin's recent works, “The Art of the Light Touch” is not a novel, but a collection of tangentially related short stories. It is also less of an explicit reflection on Russia's politics and provides a broader and more philosophical reflection on the country's predicaments. Perhaps, writes critic Galina Yuzefuvich, Pelevin is simply “tiring of his role as professional interpreter of Russia's political reality.” But if that's true, it doesn't mean that these fantasies are any less interesting for those seeking to understand contemporary Russia.

Iakinf, the first of the trio, is the most readable. It is the story of four friends (a banker, a late-night television host, a sociologist, and a glazier) on a hiking trip in Kabardino-Balkaria, in Russia's North Caucasus. They are led by Iakinf, a mysterious guide who gradually reveals his past as a psychic during the tumultuous 1990s and his acquaintance with a mafioso who employed him to summon the ancient spirit-God Baal. Iakinf captivates his audience and readers alike with tales of ancient spirits and child sacrifice. We are left wondering what the latter signifies: are Russia's youths and their futures being ritually sacrificed to maintain power structures? Is progress and potential being sacrificed to feed the power-hungry Russian authorities?

At the end of each night, the four friends question their narrator’s story. Is Iakinf really a powerful mage, or just a talented fabulist? They find out soon enough. As they choose their paths, the friends find themselves before the mountain where Iakinf once summoned the ancient spirit Baal. They follow the steps of Iakinf's spirit children who were ritually sacrificed, and the four friends disappear without a trace. Following the frame narrative, a literary device beloved by Russian authors Pushkin, Gogol, and Nabokov, this story ends just as it began. Iakinf rides down the mountain on his bicycle, whistling his out of tune French ballads, waiting to lure more unsuspecting travellers.

The menace of myth and unreality is also a strong theme in the third story, titled Stolypin: Fight After Victory. It is a continuation of Pelevin's recent book Secret Views from Mount Fuji (2018), and features the same protagonists. It is set in a dreamscape, at first a train, which turns out to be a boat, and is a linguistic exploration of prison slang as well as a psychological investigation of the prison mentality. Pelevin presents a twisted, post-Soviet Russian version of Plato’s cave: a warped view of reality from behind the prison bars.

But it is the second story, by far the most substantial, which has most captivated critics’ attention.

Also titled “The Art of the Light Touch”, it is a detective narrative which attempts to tie ancient masonic conspiracies to contemporary politics. The story's protagonist is Konstantin Parakletovich Golgofskii, a prominent Russian philosopher and historian specialising in Freemasonry. After witnessing the attempted assassination of a neighbour (General Izyumin of Russia's Foreign Military Intelligence Services) while at his summerhouse, Golgofskii delves into a mystery that redefines his life. As the general drinks a poisoned tea and collapses into Golgofskii’s arms, he shakily points to the roof of his house. Golgofskii immediately assumes that the wounded general's last gesture is something of great importance, so starts his investigation that ultimately leads him to the truth behind the information war between Russia and the United States.

His quest leads Golgofskii across Russia and Europe, always staying one step ahead of Russian secret services who are determined to prevent him from discovering a dangerous secret. The quest takes Golgofskii to the house of a noted Egyptologist in Kaliningrad, a dingy Paris brothel, the living room of a renowned scholar of the Marquis de Sade, and the home of a former SS officer on the bank of a majestic Norwegian Fjord (where he goes undercover as a researcher of East German televised ballet.) He eventually makes his way back to Moscow to meet his final source: a subordinate of General Izyumin who was been working on a top-secret project conspicuously titled “The Art of the Light Touch.”

A few self-indulgent abstractions later, concerning the history of ancient Egyptian sects, the French Revolutionary Cult of Reason, and Nazi occultist movements, Golgofskii discovers the shocking truth. The Russian government has harnessed ancient masonic secrets of disseminating information. The world, in Pelevin's narrative, is not ruled by a world government, nor by ruling classes of the rich and powerful, but by chimeras. These “tattoos of the mind” play an important role in Izyumin’s obsession with occult history, given their historical role as artificial semantics designed to manipulate public opinion.

If that sounds confusing, that’s because it is.

Pelevin's Russia is determined to avenge the fall of the Soviet Union, for which it holds the United States partly responsible. General Izyumin’s goal was to turn the tables on the United States and facilitate its rot from the inside. To do this, he believed, it was necessary to impose on the US that which killed the Soviet Union: an atmosphere of deceit, hypocrisy, and fear. “What would happen if conservative US senators are told, at a secret hearing, that the entire politically correct agenda was created at a GRU [Russian Military Intelligence] facility outside Moscow?” asks Golgofskii's informant in the secret services. This is revenge enacted by “weapons-grade memes,” or “chimemes.”

But the project dies along with General Izyumin. It is disbanded, shut down, and demobilised by the top brass once it becomes evident that the “stupid Americans” have caught on. As the US news media frenzies over Russian interference in their presidential elections and as the existence of Russian troll factories and Twitter bots comes to light, the Americans are enraged and ready to retaliate. As Pelevin stresses, the Russians are now intimidated: they talk a big talk, but back down easily. Izyumin’s poisoning is also a form of poetic justice; his organization is responsible for the entirely non-fictional poisoning of former double agent Sergey Skipal and his daughter, whose demise made headlines earlier this year while Pelevin was working on this very story.

The “Art of the Light Touch” has received mixed reviews from the Russian public. Some love it, some hate it, but most agree that the work is not Pelevin’s best.

Yuzefovich critiques Pelevin most harshly for the second story, arguing that many of Golgofskii's intellectual detours are nothing more than the author’s excuse to dive into impenetrable metaphysics that are unnecessary to the main idea. She faults him for his “pseudo-detective plot [that] is so weakly constructed that it actually sinks into a gurgling mass of words.” Similarly, Igor Kirienkov in his review for Russian news website RBK also faults Pelevin for what he calls self-indulgence, rating the book as “not great, not terrible.” Kirienkov is bored with Pelevin's choice of characters, his world of oligarchs, stockbrokers, and secret agents, which he derides as “socially shortsighted prose.” However, literary columnist Natalya Lomykina, in her review for Gorky Media, finds Pelevin’s novel refreshing, worthy of spawning “a new army of Pelvin fans,” and enriched by a “well-tailored lining of human beliefs.”

The RuNet and Russian blogosphere are more forgiving of Pelevin's writing. Marks Gurjevs of the Latvia-based website Polaris argues that Pelevin “masterfully finds the painful points of our [Russian] multimedia society, with the detached thoughtfulness of a mediator.” Anya Sklyar, a Ukraine-based blogger on LiveJournal with a PhD in psychology, revels in Pelevin's novel. “I am delighted!” she writes. “Here is a writer with whom I would like to talk…here is a [story] that one can analyze for a long time and find many philosophical and psychological undertones and themes.”

However, others feel that Pelevin has simply run out of steam. Pavel Tretyakov of HydraJournal dismisses Pelevin’s newest novel, claiming that his prolific output does not obscure the fact that the author has run out of new ideas. Readers would do better to return to Pelevin's earlier classics, he says, such as “Chapaev and the Void,” “Yellow Arrow”, and “Generation P.” In the Livejournal platform “chto chetat’?” (What should we read?), user majstavitskaja laments that they “don’t want to become somebody who, when asked about Russian literature in five years’ time, responds, ‘I don’t read Pelevin anymore.’ But that’s where I am headed.”

Ultimately, Pelevin’s book seems to have been written and edited too quickly. The depth and the rich allusions of his writing are difficult to coax out from beneath multiple layers of irony in an already chaotic narrative. While critics and readers alike agree that Iakinf is the most enjoyable of the three stories, as it reminds them of Pelevin’s earlier works. Some, such as critic Anna Narynskaya, calls the third story a “dessert,” as a welcome continuation of Pelevin's latest novel.

But the second and most substantial story is also the most bedevilling. Although it has the richest symbolism of all for international readers, given today's strained relations between Russia and the United States, it is also the most ambitious, which is perhaps its undoing.

Maybe it's hard for Pelevin's fans to get used to a light touch from such a heavy hitter.