Al-Najjar was jailed for denouncing his imprisoned father's torture 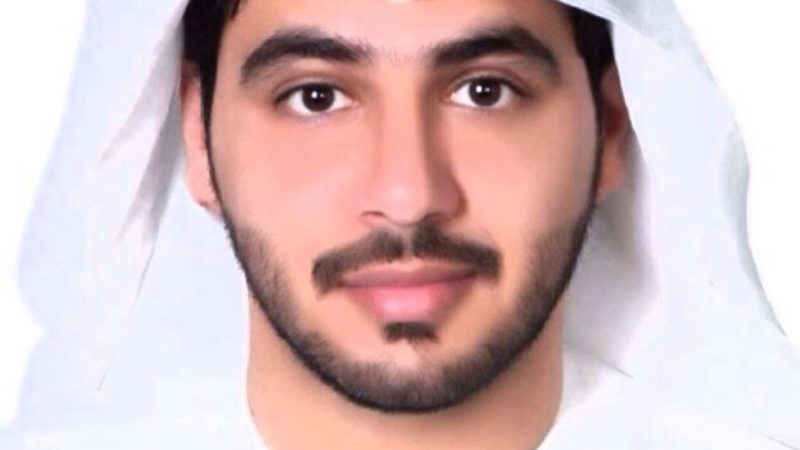 Authorities in the United Arab Emirates (UAE) have freed activist and political prisoner Osama al-Najjar after detaining him for more than five years.

Al-Najjar, who was arrested in March 2014, served a three-year jail sentence for posting tweets denouncing torture in UAE prisons. Despite completing his sentence, he remained in arbitrary detention for more than two years, before he was released on August 8, rights groups said.

In November 2014, the state security chamber of the federal Supreme Court, whose verdicts cannot be appealed, sentenced Osama to three years in jail under the country's cybercrime law on a number of charges that include “instigating hatred” against the state and “designing and running a website [with] satirical and defaming ideas and information”. He was convicted over tweets denouncing his father's torture in prison and calling for his father's release and other prisoners of conscience in the Emirates.

Osama's father, Hussain al-Najjar, is one of 94 Emirati activists who were prosecuted en masse in 2013 for calling for political reform in the Emirates on charges related to “harming state security”. He is currently serving 11 years in prison.

Osama was due to be released on 17 March 2017, but at the request of public prosecution, the court deemed him a ”threat” to national security and kept him in administrative detention at the infamous al-Razeen prison in Abu Dhabi, where prisoners, including political detainees, are subjected to ill-treatment and torture.

”Two other detainees, Badr al-Bahri and Othman al-Shehi, whose initial sentences expired in April 2017 and July 2018 respectively, have also been freed”, the International Campaign for Freedom in the UAE (ICFUAE) said in a statement.

Al-Bahri and al-Shehi were arrested over their links to al-Islah, which was a legally registered Islamist political movement in the UAE before it was banned by authorities in 2014.

Many political prisoners remain in detention in the UAE, despite repeated calls from human rights groups for their release.

We welcome the release of Osama Al Najjar, Badr Al Bahri & Othman Al Shehi, who were detained arbitrarily in the #UAE.

Prominent human rights defender Ahmed Mansoor is currently serving a ten-year jail sentence over comments he posted online. Prior to his arrest in March 2017, he campaigned online on behalf of jailed activists in the UAE, including Osama al-Najjar. Academic Nasser Bin Ghaith is also serving a ten-year jail sentence over tweets critical of the UAE authorities.