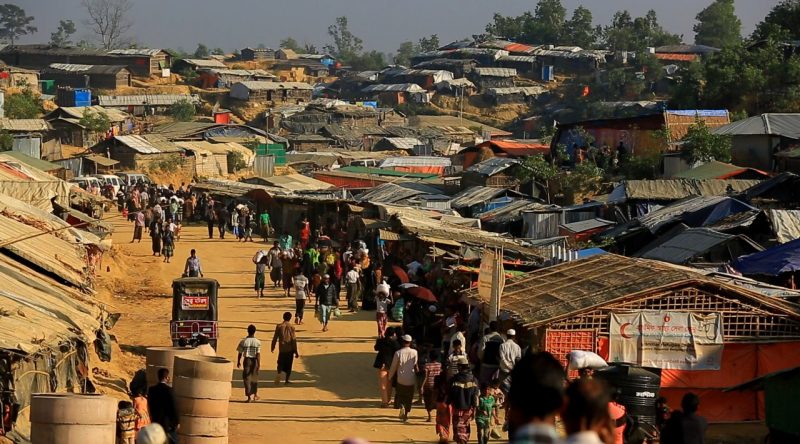 A new documentary provides a historical overview of the situation of Rohingya Muslims in Myanmar.

The film ‘Exiled’, directed by veteran war reporter Shahida Tulaganova, “explores the roots of increasing violence” in Myanmar’s Rakhine State from the perspectives of Rohingya refugees, former Burmese government officials and radical Buddhist monks. Also interviewed in the film is General Khin Nyunt, the former head of Burmese Military Intelligence accused of masterminding the policy of persecution of Rohingya.

Myanmar has a predominantly Buddhist population, but also has more than one hundred ethnic minority groups, including the Rohingya, whom the government refuses to recognize and considers ‘illegal migrants’ from Bangladesh and India.

In recent years, communal violence erupted in Rakhine between some Rohingya and radical Buddhist groups. Hate speech against the Rohingya, who are mostly Muslim, is also amplified online.

Since 2017, thousands of Rohingya were forced to flee their homes after the government army clashed with the Arakan Rohingya Salvation Army.

Human rights groups have long reported on the deteriorating situation of the Rohingya in various refugee camps. They have also criticized the government which came to power in 2015 under Aung Sang Suu Kyi, for continuing the ‘genocidal’ policies of the previous military regime.

The film ‘Exiled’ gives the historical context for the violence inflicted on the Rohingya population.

Tulaganova, the film's director, first learned about the situation in Rakhine in 2012, when riots led to the burning of Rohingya communities. She monitored and studied the issue in the succeeding years and was motivated to tell the story of the Rohingya in the context of the evolution of modern-day Myanmar, instead of merely highlighting sporadic events of ongoing violence and the humanitarian crisis. She told Global Voices that:

It was very important for me to show the whole story and talk to people who set up the system of extermination of Rohingya, like former chief of Burmese military intelligence, General Khin Nyut,and show that exodus of 2017 is not a sporadic, one off outcome of violence. It has been happening as of 1978, but the world didn't know about it.

Tulaganova had difficulties obtaining a journalist visa, which also restricted her work.

I had to sign several papers saying that I will not travel anywhere near Rakhine state and I had to sign those. However, I was desperate to get the point of view of people who live there, so I had to think of a Plan B. So, I have found a courageous and very talented Burmese film-director who was willing to travel to Rakhine state and interview people on my behalf. And it all worked out. Unfortunately, I was given visa for 10 days only and I was feeling like Cinderella, who has to manage to get access and film everyone I had to in such a short time. But I had fantastic and very experienced field producers in Burma who made it happen.

Tulaganova is aware that her film will never be screened in Myanmar, but she hopes more people inside and outside the country will come to better understand the systematic persecution against the Rohingya. She adds that ‘Exiled’ offers a universal story about the violence experienced by ethnic minorities.

I wish people in Myanmar see this film since it is not only about Rohingya, it is about all ethnic minorities, which face persecutions for years. I believe, that Myanmar audience can learn a lot from this film.

My target audience is the world. I tried to tell the story of genocide and this is a universal story. What happened to Rohingya echoes to what had happened to Jews during the Second World War, to Bosnians during Yugoslav war and etc- this is a story about state-organized and planned systematic extermination of an entire ethnic group. And when I talk about extermination, with Rohingya it is not only physical extermination. It is about denial of education, healthcare, childbirth – the system which is ultimately designed to kill them morally and physically. This is the most horrible part of their story for me. 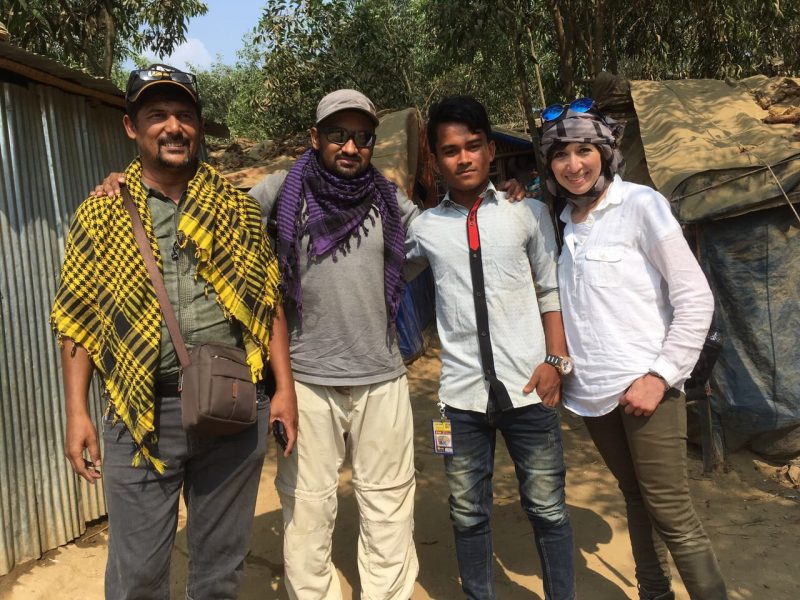 Some members of the production team. Photo provided by Shahida Tulaganova, used with permission.

Asked about what the international community can do to help the Rohingya, Tulaganova urged United Nation officials to take more decisive actions:

First and foremost, the UN and other agencies operating in the Rakhine state should recognize that they have failed both the Rakhine Buddhists and Rohingya Muslims. UN was trying to play it safe and in many instances, refused to call Rohingya -Rohingya, because of the insistence of Burmese officials. So did many other foreign countries. This is wrong.

I think that serious sanctions have to be imposed on Burmese officials (military and political). I think that the world powers should recognize this is a genocide and put pressure on the government of Burma to get their act together and recognize Rohingya as nationals of Myanmar without any verification process, provide safe return of Rohingya to their villages and pay compensation for the loss of their property.

Below is the trailer for ‘Exiled':