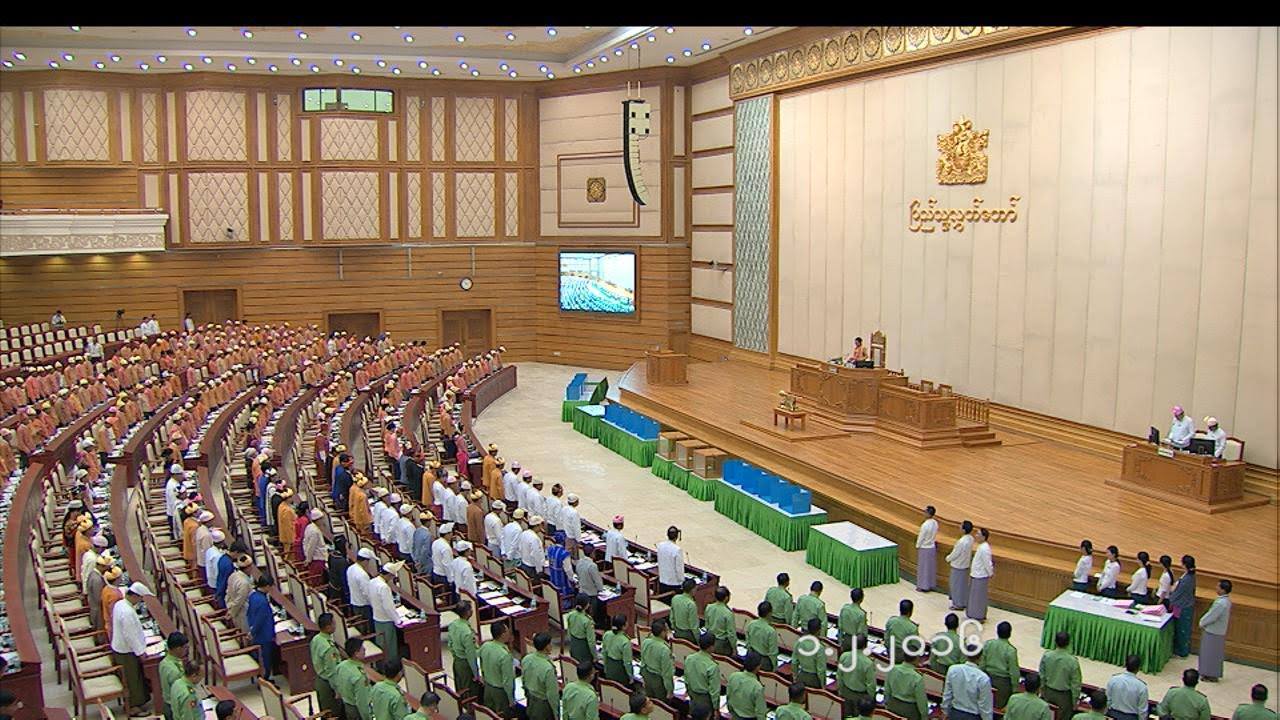 The opening session of Myanmar's parliament on February 1, 2016, was greeted by many citizens as an important milestone in the country's transition to democracy. The parliament is dominated by the National League for Democracy (NLD), which defeated the military-backed party in the general elections last November. NLD is led by former political prisoner and Nobel Peace Laureate Aung San Suu Kyi.

Myanmar became an independent state in 1948, but lost its short-lived democracy when General Nay Win grabbed power in 1962. After more than two decades of military dictatorship, a massive national riot broke out, forcing General Nay Win to step down in 1988. Two years later, a general election was held, but the army did not recognize the results showing Aung San Suu Kyi, daughter of national hero General Aung San, had won. Instead of becoming president, she was placed under house arrest by the junta led by the new military dictator, General Than Shwe.

It was only after another two decades that the military government announced its intention to implement democratic reforms in the country. A new constitution was unveiled, which preserves 25 percent of the seats in parliament for the army. In 2010, the military-backed party led by former General Thein Sein dominated the election, which was marred by widespread irregularities.

The new government continued to enforce draconian policies such as the persecution of minority ethnic peoples, the arrest of critical journalists and activists, and the intensification of local conflicts. But surprisingly, it also pursued significant political reforms such as the release of hundreds of political prisoners, the dissolution of censorship and the liberalization of the Internet.

After her release from prison, Aung San Suu Kyi led the opposition to an electoral victory. But she is constitutionally barred from becoming president since her spouse and children are foreigners. The new ruling party will nominate a new president in two weeks, but Aung San Suu Kyi is expected to remain a powerful voice in the new government.

Meanwhile, many people in the country are optimistic about the first day of the new government. Here are what some people are saying on social media.

Phyu Phyu Thi posted on Facebook the significance of the people's role in the election.

Today is the day we have been waiting for so long. People Power

Helen Aye Kyaw noted that the first parliament session was chaired by a woman.

Change indeed. The session is chaired by a woman. Daw Khin Htay Kywe. 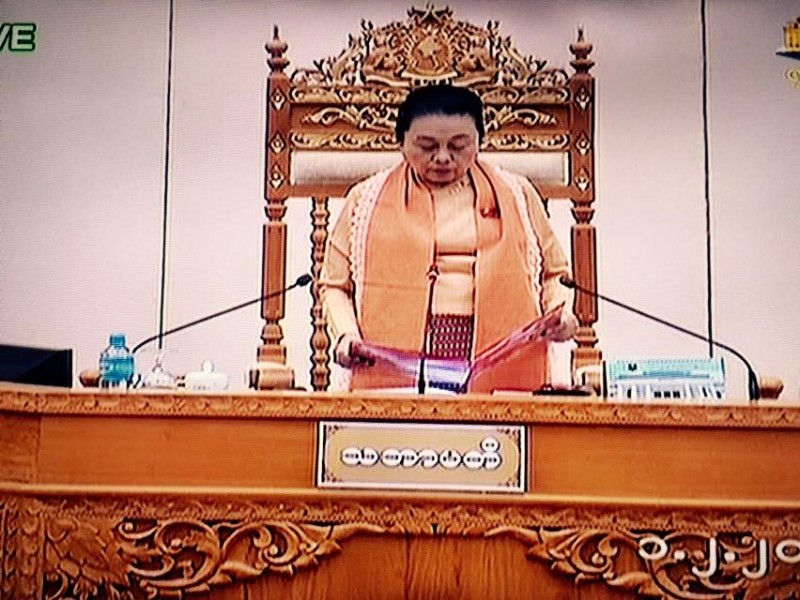 The change is really significant. Now a woman is taking the place where only the men have sat in the past.

Former blogger and political prisoner and current Member of Parliament Nay Phone Latt honored the heroes of the democracy movement:

Today I am specially remembering the heroes of democracy including Uncle U Win Tin, who all sacrificed their lives for this day to arrive. Keeping alive their spirit in my heart, (I) will bravely walk forward.

The Ladies News Journal also shared a photo of the wife of journalist Ko Par Gyi, who was shot dead by the military during the previous government. She is now also a member of parliament representing her hometown: 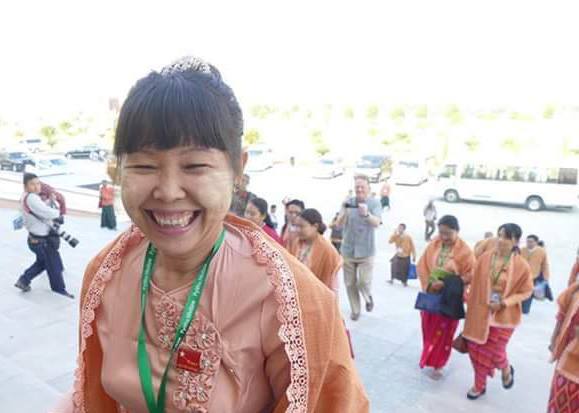 Myanmar's non-violent democracy victory that made it to the world.

However, some people are still skeptical about the continuing involvement of the army in lawmaking:

#Myanmar Way to Democracy: AungSanSuuKyi will run cabinet, but generals continue to run the lives of 1.5 million https://t.co/ahwoSsBTDu

This includes cartoonists, who are still critical about the army's influence. 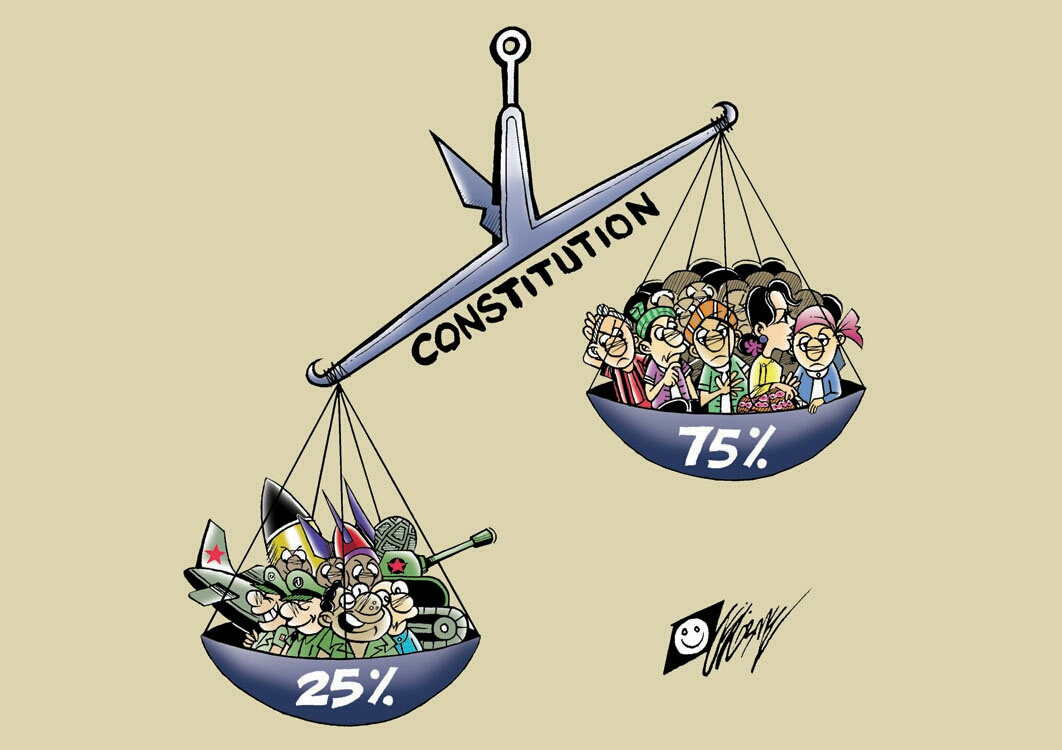 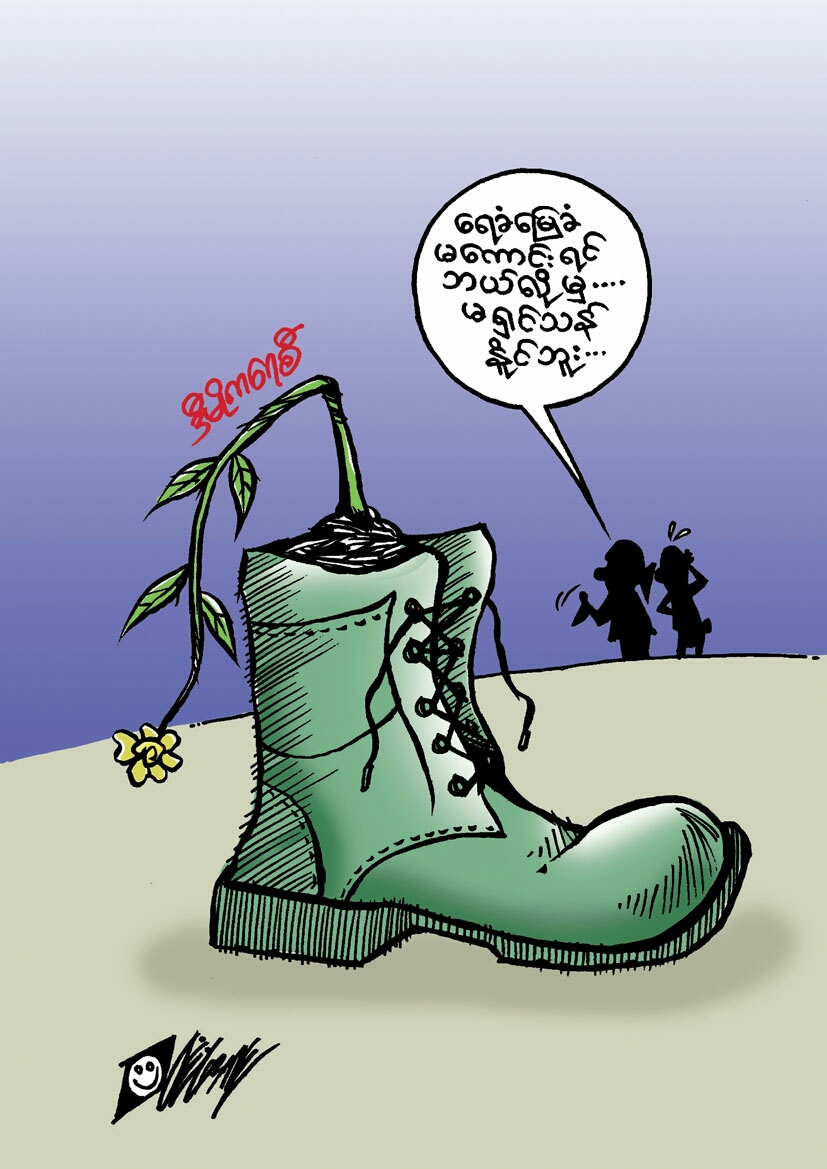 Cartoon by Cartoon Win Aung. Shared by BrainWave. The text reads: “if it is not in the right environment, it is impossible to grow.” The text over the tree reads: Democracy.