The false story claimed authorities had banned yoga in prisons. 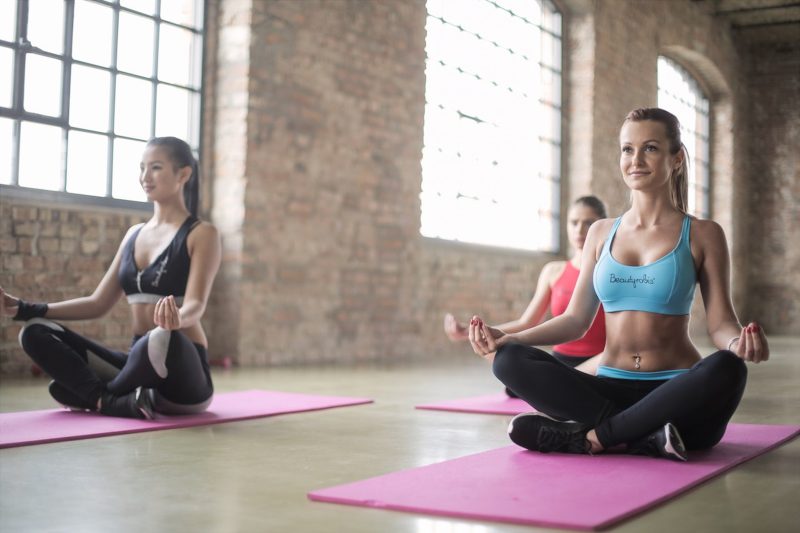 By Bruce Mars via Pexels.com

Russia’s “fake news” law, which came into effect in late March, could see its first test case soon — but its definitions are vague and even Russia’s top lawmakers are still uncertain about the mechanics of its enforcement.

The seemingly fake news story in question broke in early April 2019, when Russian news media reported that yoga classes in Russian prisons might be banned:

Yoga lessons in Moscow prisons are to be banned because of “the threat of homosexuality”. Russian senator Elena Mizulina called for the ban after an orthodox theologian claimed that “yoga poses trigger uncontrollable sexual arousal that can lead to homosexuality”#LGBT #Russia pic.twitter.com/JYGSEmUG5y

The story was originally reported by Moskovsky Komsomolets, a popular tabloid. The story’s author, Eva Merkacheva, wrote that Russia’s penitentiary system had suspended yoga classes for inmates after the attorney general’s office received a letter of concern from conservative senator Yelena Mizulina.

Mizulina, the article claimed, cited previous communication the senator had received from Russian Orthodox theologian and Alexander Dvorkin, an anti-cult activist. His appeal to Mizulina, according to Komsomolets, spoke of the dangers of indoctrinating inmates into an “infamous pseudo-Hinduist cult” and “uncontrollable sexual arousal” triggered by yoga.

It is worth noting that Eva Merkacheva, the Komsomolets reporter, is not an impartial observer in this case: she herself campaigned for instituting yoga classes in Russia’s pretrial detention facilities and wrote a book on yoga for inmates which conveniently was published just as the story broke. This led to rumors that the whole story could be a PR stunt to promote her book.

Later, the deputy head of Russia’s penitentiary system said there were, in fact, no plans to ban yoga classes in Russia’s prisons and actually praised the experimental program for significantly improving the inmates’ overall health and general well-being in the selected detention facilities where yoga classes were introduced in 2018.

On April 8, Senator Mizulina struck back with a claim that the story about her attempts to ban yoga was fake.

Govorit Moskva attached to their tweet a copy of Mizulina’s letter to Russia’s attorney general Yuri Chaika. It does not, in fact, contain any demands to ban yoga — only a request to investigate the claim that inmates were involved in “kundalini-yoga” studies (quote marks are Mizulina’s) and to determine whether this was lawful. Kundalini is a legitimate school of yoga known for its physical intensity and heavy focus on the nervous system.

This is a typical example of dissemination of fake news. My letter to the attorney general’s office contained no demands to ‘ban yoga in detention’, let alone ‘ban yoga altogether.’

Mizulina’s press office also noted that the senator is planning to report this case of fake news to Roskomnadzor.

The media jumped on the possibility that this might be the inaugural case for Russia's recently passed “fake news” law, which has been the subject of much derision and public criticism. However, it quickly became clear that even the senator herself is in the dark about what the new law’s provisions are.

Under this law, individuals, officials or organizations accused of spreading fake news “disguised as genuine public announcements” which are found to promote public disorder or other serious disturbances could be fined for up to a million rubles (slightly above USD $15,000), unless they remove the violating content in a day’s time. The law also provides measures through which Roskomnadzor, Russia's media watchdog, will order ISPs to block websites hosting the offending content.

But Mizulina has not filed a petition to Roskomnadzor, and even if she had, the agency’s press officer told Kommersant, it wouldn’t be Roskomnadzor’s job to deal with it. The law says that it is the responsibility of the attorney general office’s to flag fake news “disguised as genuine public announcements.” Only when the attorney general deems a message as potentially harmful to public order, they can command Roskomnadzor to block and censure the offending website — unless it agrees to remove the article in question. And it remains to be seen whether Merkacheva was  “knowingly and maliciously disseminating false information of public importance,” as the law defines it.

So it is unlikely that Mizulina’s grievances against Moskovsky Komsomolets and other media which have re-reported her claims will gain any traction. The first case of Russia applying its “fake news” law against a media outlet could itself be a case of fake news.