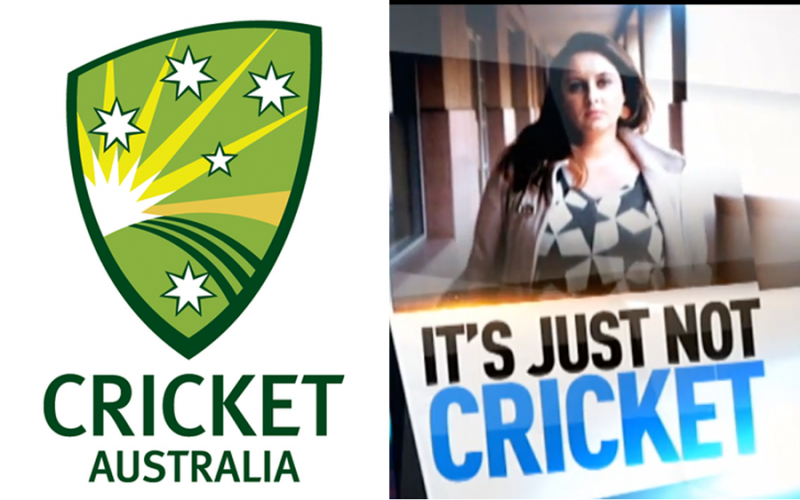 Representatives of Cricket Australia claim that Williamson's tweets damaged their relationship with the government.

Williamson, Cricket Australia's former manager of public policy and government relations, tweeted in June 2018 on her personal account that the Tasmanian parliament’s refusal to restore abortion services was “most irresponsible … gutless and reckless”. She was forced to go to mainland Australia from the island of Tasmania earlier this year for a pregnancy termination as the last clinic in the state closed in December 2017.

Angela Williamson is fighting for her job back through the industrial relations tribunal the Fair Work Commission. She also started an online petition calling for ‘affordable, accessible abortion in Australia':

I’m speaking publicly now, waiving my privacy, because nobody should have to go through what I went through to access a legal health procedure.

However, Williamson's tweets in question were apparently taken down and her account was made private. Meanwhile, Australian netizens were swift to respond and highly critical of Cricket Australia, sounding off that the decision was rooted in misogyny and sexism. Lifestyle reporter Rebecca Sullivan typified the reaction:

Men can lie, cheat, be involved in sex scandals, assault their partners and still keep their jobs. For women it's one abortion, a few tweets and you're done. WTF https://t.co/9SKYpYEOaq

Zombie Mao threw some dark humor out there by referencing the iconic uniform from The Handmaid's Tale, a television series that imagines a world where women's rights are extremely compromised:

Writing for The Big Smoke, Gay Mackie did not see this as an isolated incident:

Surely it had to pass through many hands before it was rubber stamped.

Which is the issue, we’re not dealing with one person, we’re dealing with a culture. Clearly 1951 rolls on down the corridors of Cricket Australia, a halcyon place where a woman’s place is out the door.

Indeed, the Tasmanian Liberal government may have played a role in Williamson's firing when in March 2018 a senior staffer named Martine Haley allegedly informed Cricket Australia about her pregnancy termination. Haley, a Liberal Party member, was forced to quit when it was discovered that she was using a fake social media account to troll Williamson and others. Women's Agenda reported:

Making matters worse, a senior staffer of the Liberal Party allegedly was the first to complain to Cricket Australia about Williamson’s tweets and breached privacy by notifying the organisation of Williamson’s pregnancy termination.

Local Tasmanian writer Melanie Tait believes the government has a lot to answer for:

“The real villain in this story is the Tasmanian government. It’s been eight months since a Tasmanian woman could have a surgical abortion in her home state.”

Netizen Roy Brown decided to get a straight answer from Cricket Australia but was disappointed with their reply:

I emailed cricket Australia in response to a ‘Cricket Family’ email yesterday making my view very clear that their position is unacceptable. Response: ‘it’s not about abortion, former employee disparaged a stakeholder, subject to legal proceedings.’ Shitest response. Ever.

The right to freedom of expression also emerged as a central issue in Williamson's situation, especially for those with different views:

Murray Campbell disagrees with abortion but also disagrees with Williamson's dismissal and weighed in on the matter through his self-titled blog whose ‘aim is to engage with Melbourne culture and churches through a Gospel lens:’

[…] not because I like what she said, but because in a civil society, citizens have a right to voice opinions about social and political issues.

Meanwhile, WORK180, an international jobs network, has suspended Cricket Australia as an “Endorsed Employer” while Williamson's case is pending:

In light of the Angela Williamson case, we've suspended Cricket Australia's status as an Endorsed Employer for Women. While this case is under investigation by Fair Work Australia, we encourage Cricket Australia to reconsider her dismissal. Full statement: https://t.co/vPKw92F7i4

However, Cricket Australia is unflinching, posting a job advertisement for a replacement for Angela Williamson that is currently active as of August 2:

LinkedIn recommended I apply for the job of Public Policy & Government Relations Manager at Cricket Australia based on, I guess, my close match to the 1,500 other outraged feminists in the policy space who clicked on the ad in horrified incredulity.

For the moment, the last word goes to Madeleine Northam. She is a public sector union representative in Tasmanian. Coincidentally, her Twitter profile states “All tweets are my own’.