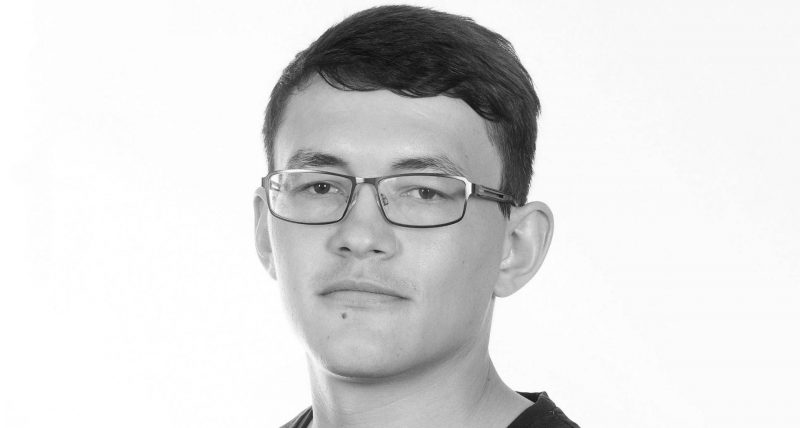 On February 25, Slovak journalist Ján Kuciak and his fiance Martina Kušnírová were found shot dead in their home about 65 km east of the capital Bratislava. The murders caused widespread shock and protests throughout the country.

Kuciak, 27, had worked for the news site Aktuality.sk. More than a week after the murder, there has been no headway in the official investigation.

According to BBC, between 10,000 and 20,000 people took to the streets across Slovakia on Friday in protest vigils in Kuciak’s memory, with some calling for the resignation of Prime Minister Robert Fico, the leader of the political party Direction – Social Democracy (SMER-SD).

Thousands of people are marching in Bratislava. This is huge reaction on murder of Slovak investigative journalist #JanKuciak and his fiancée Martina Kušnírová. It's probably biggest demonstration since independence of Slovakia.
(Photo credits: Tomáš Benedikovič, @dennikN) pic.twitter.com/TAFY4ZzSHR

Police and people close to Kuciak suspect his death was related to his work. His most recent investigation, which had yet to be published, looked at connections between Slovak government politicians and Italian mafia interests in eastern Slovakia, aimed at defrauding European Union (EU) subsidies for agriculture.

Several days after the murder, Slovak police arrested but then released Italian citizens Antonino Vadala, Bruno Vadala, and Pietro Catroppa who all are allegedly connected to the large-scale Italian organized crime group ‘Ndrangheta, which Kuciak was investigating prior to his death.

Various independent voices online since have pointed to connections between the ruling party and the Italian mafia.

Some comments have focused on Antonino Vadala, who once referred to Slovakia's ruling SMER party as “our party”. Shortly thereafter, multiple politicians released statements saying they had no connection to Vadala.

Blogger Jiří Ščobák observed while lead parliamentarian Andrej Danko had posted an image of a candle on his Facebook page, to honor Kuciak, he had in fact previously been friends with Vadala. Ščobák juxtaposed a screenshot of the recent post, alongside a screenshot showing that they had been Facebook friends.

Connections with the Italian mafia is a taboo topic for Slovak media. Kuciak continued investigating them after journalist Ivan Mego from Plus 7 Dní weekly got orders from his superiors to stop his inquires on this topic, and was sacked in February.

Ján Kuciak's colleagues from Organized Crime and Corruption Reporting Project (OCCRP) and his outlet, Aktuality.sk, defied this norm and decided to posthumously publish the last story he was working on.

You can kill a journalist, but you will never kill the story. We are proud to publish Jan's last, unfinished investigation. https://t.co/mpwpW5D9t7

Kuciak was not the kind of investigative journalist who worked with many secret sources. His style was rooted primarily in collecting and connecting information from public archives.

Last September, he filed a criminal complaint because of verbal threats from a known Slovak entrepreneur.

The tax office about which assassinated journalist Jan Kuciak was investigating is up in flames today. Below, evidence burning:#JanKuciak https://t.co/2xLeuyrCcx

Nevertheless, just two days after Kuciak's killing, he put up a reward of one million euros from the state budget for information about the murder.

How is it even possible for PM to take 1 million € from the state treasury in CASH and put it on the table during a press conference? What law allowed him to do this with taxpayers’ money? #JanKuciak pic.twitter.com/YtQfWFGH9S

Two people with close ties to Fico figured prominently in Kuciak's stories — Mária Trošková, a former girlfriend of Antonino Vadala, and Viliam Jasaň, who served as the chief of crisis management and state security, and had ties with a Vadala's company.

Trošková and Jasaň have voluntarily left their posts in the government, pending the conclusion of the investigation of the journalist's murder. When asked to explain their departure, which they say is temporary, both cited pressure from the media, arguing that “their names are abused in political struggle against Fico”.

Has the Slovak Prime Minister gone mad? …during one press conference he managed to both play the part of a person who wants to expose Kuciak's killers, but at the same time he defended those who were the subject of Kuciak's investigations?

Newspapers, political opposition voices and many members of the general public reacted with outrage, organizing memorials, marches and protests in Slovakia and abroad, honoring Kuciak and Kušnírová.

Kuciak's media outlet Aktuality.sk is using the hashtag #AllForJan, while many have simply been using a hashtag with the journalist's name #JanKuciak.