What Does Trump's Presidency Mean for Brazilians? It's Complicated. 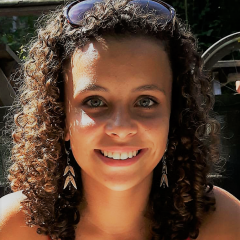 A pro-Trump protest was held in São Paulo in October 2016. A screenshot The Intercept Brazil's report. Click to view.

President Donald Trump's anti-immigration discourse and crackdown on undocumented immigrants has contributed to increased levels of uncertainty among communities of Latin American origin in the United States. Among Brazilians, there have been mixed feelings: some have felt fear and sorrow, while others say Trump has their support.

The US is home to approximately one million Brazilians, and up to 70% of them could be undocumented. A number of them, however, seem to be in favour of an administration that could directly harm them, not to mention Brazilians in Brazil who also profess their approval of Trump.

Since last year, a number of social media pages showing Brazilian support for Trump have sprung up. On Facebook, the group “Brasileiros com Trump” (Brazilians with Trump), with more than 3,000 likes, regularly shares news and memes — in both Portuguese and English — in support of the new United States president. On Twitter, with a much smaller following, the account “Brazilians for Trump” has also been actively retweeting stories from alt-right –short for “alternative right,” which refers to a loose collection of far-right ideologies — media outlets.

Many young Brazilian nationals or people of Brazilian origin living in the US have shown their support for the Republican Party (Trump's political party). William Johnston II, a 20-year-old business student and the son of two Brazilian immigrants, is the first generation of his family to be born in the US. Although he doesn't fully support all aspects of Trump's policies, he is however, a strong supporter, as he explained in a tweet:

In a story published by Veja, a Brazilian media outlet, Marinho Nobre, a Brazilian musician who has lived in New York for more than three decades, said he was was very happy with the election result. “Trump's ideas are radical, but they inspire change. And people want change”, he said, while also expressing his support for the wall on the Mexican border and the expulsion of “radical Muslims connected with terrorism.”

Beatriz Coppola, a 28-year-old student who lives in Miami, forms part of an upcoming group of young, conservative Brazilians in the US. In an interview with BBC Brasil, she said she voted for Trump and continues to support and defend him, stating that:

Brazilians in the US, like Florida-based Neylor Silva, have taken to social media to openly criticise Brazilian Trump supporters. He wrote on Facebook:

I know about half a dozen people here, who have truly forgotten that one day they arrived here and lived here illegally. After some time, God granted them the privilege of becoming legal in this wonderful country, hence, alongside this legalisation came their Alzheimer's disease. Now, I want to see if they will admit that they screwed up by voting for a racist. Do you want America great again???? Work hard and change their plans.

Donald Trump has seen support not just in the diaspora, but also in Brazil itself. A pro-Trump protest took place in São Paulo in October, during which at least three protesters were detained by police.

Following the announcement of the construction of Trump’s $120 million hotel in Rio de Janeiro, Brazilians have in fact spoken of how much of a privilege it would be to have a project from his organization in their country. This project, however, remains unfinished and construction has been on hold since December 2016. The Trump Organization chose to drop their support for the project in the weeks following the election result, with recent reports pointing to possible corruption among the project's investors. A few months later, the Trump name was removed from the building itself, and the 170 rooms still remain unfinished.

One possible answer to such support might be Brazilian identity. Many Brazilians who support Trump see him as marginalising “Latinos” as a monolithic group, but many Brazilians don't identify as being Latino. Research from 2015 has found that only 4% of the interviewed Brazilians said they identified with being “Latin American”, compared to the average of 43% in other six countries in the region.

Brazil also has its share of politicians who have been widely compared with Donald Trump. In the most recent municipal elections, São Paulo elected a businessman with little political experience. João Dória is the former host of Brazil's own “The Apprentice” TV show, and the majority of his supporters reside in some of the city's poorest suburban areas. His assets of 170 million Brazilian reais are a far cry from the lives of those who elected him.

As is the case with Trump, his distance from reality, lack of political experience and wealthy businessman attitude haven't prevented him from winning votes. With corruption, economic downfall and political turbulence overpowering Brazil at the moment, the idea of a fresh start has turned out to be very attractive. In an interview with the Financial Times newspaper, construction worker Orlei Rodrigues said:

I voted for Dória mainly because he is new to politics […] Who knows, maybe he will be different from most of them who only want to profit from the municipality.

Trump has also been compared to Jair Bolsonaro, a Brazilian congressman who has been elected into the Chamber of Deputies, and is also a potential candidate to Brazil's 2018 presidential election. Bolsonaro himself is known for his openly racist, sexist and homophobic rants. A survey from last year conducted by Datafolha of 2,779 people found he was the leading candidate among 23% of Brazil's richest. He also has a giant social media following, with almost 4 million likes on his official Facebook page.

He celebrated the outcome of the US election by taking to social media to declare: “The victory goes to the man who fought ‘everyone and everything’:

Congratulations to the people of the USA for the election of @realDonaldTrump. The man who fought against “everything and everyone” has won. In 2018, Brazil will be on the same path.

The ongoing Brazilian support for Trump is a potential result of deep discontent and a loss of faith in a country where, according to an article from March 2016 by Joao Augusto de Castro Neves (director of the Latin America department of consultant company Eurasia Group) and Bruno Koltai Reis (director of Eurasia Group office in Brazil), there are many political, social and economic issues:

From a political perspective, the country is dealing with a presidential impeachment process, a massive corruption scandal reaching the entire political class, and recently faced an unexpected wave of protests on the streets of Brazil's largest cities, with millions of citizens decrying the unresponsive – and occasionally irresponsible – political class. Those events have led the political system to a state of near-paralysis, and emphasize the political class’ incapacity to respond effectively to the many challenges that the country currently faces.

With Brazil still experiencing political turmoil, slowing economic growth and a deepening recession, a large number of Brazilians have moved to the United States, many of whom are thought to be residing there illegally. In an article named “Brazilian Immigrants in the United States” published by the US-based think tank MPI (Migration Policy Institute), economic, political and social crises together with changes in US immigration policy have “shaped the nature and scope of the Brazilian flow to the United States”.

Trump has instilled a sense of fear for many Brazilian migrants who strongly oppose his presidency. Rafaela Rangel, founder of a 4,000-member-strong Facebook group called “Brasileiras de Nova York” (Brazilians of New York), has played a crucial part in supporting Brazilian women living in the US, bringing them together to form support networks. She said:

Everyone is desperately asking to organize a talk […] what is the best way to protect yourself, whether you are here with, or without papers