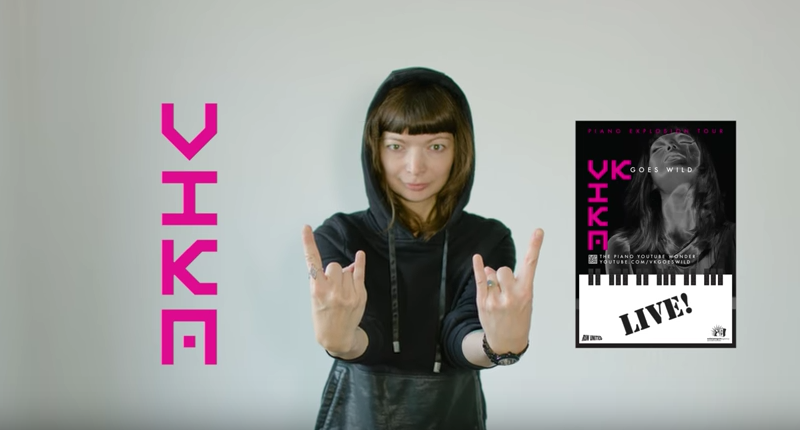 By the time she was in kindergarten, Viktoriya Yermolyeva's parents knew she had a rare talent. Recognizing her perfect pitch and prodigious skill on the piano, they quickly enrolled her in a a special school to be trained as a classical pianist and signed her up for countless competitions and concerts.

But over time, the Kyiv-born pianist's tastes changed; despite winning numerous awards at international piano competitions, soloing at some of Eastern Europe's most famous concert halls, and training with some of the biggest names in contemporary classical music, Yermolyeva decided that she wanted to play another kind of music: rock.

While still performing as a classical pianist, in 2007, she created an account on YouTube to post recordings of her arrangements of metal and rock classics—using it as a kind of escape from her classical repertoire. “VKgoeswild,” Yermolyeva's rock alter ego, quickly took off, with her covers of System of A Down's “Toxicity” and Guns N’ Roses’ “Sweet Child o’ Mine,” Queen's “Bohemian Rhapsody,” and other songs tallying up millions of views each.

Despite first creating her account almost a decade ago, Yermolyeva continues to publish her covers regularly, and now has nearly half a million followers on YouTube. The 39-year-old rocker posts the sheet music for her arrangements on the website FlowKey; they're also available—more than 300 arrangements in all—for direct download for a small fee.

These days, Yermolyeva plays her rock on the road, often with a drummer, in venues across Europe.