The Chilean Podcast Putting the Stars Within Everyone's Reach 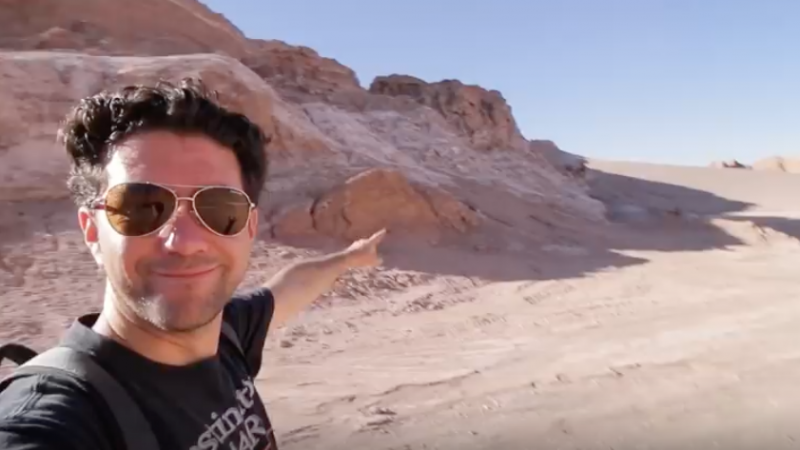 Screenshot of the episode “San Pedro de Atacama, what nobody sees”, available in Spanish on Youtube.

Chile has a long tradition of astronomical observation, accompanied by a penchant for talking about it. This is the starting point for film and TV producer Ricardo García Soto's AstroBlog and its English counterpart, Astronomy Et Al. A science communicator and astronomy scholar, García Soto seeks to make the fascination with space accessible to all types of audiences. His mission is to build a bridge connecting and engaging people with scientific discoveries, as well as awakening in them the spirit of curiosity and research which characterizes the world of science.

My great wish for us all is that we find our inner child and surprise ourselves with the wonders of our cosmos.

The podcast is available in Spanish on iTunes and Ivoox (with an English version also available). It is complemented by a YouTube channel devoted to taking a closer look at the different forms of observing and studying astronomy. The video post “How to study astronomy” is one example in which we follow García Soto as he chats with students and researchers in the academic spaces dedicated to the study of space. It not only brings us nearer to the science itself, but allows us a peek into the daily lives of those who practise science.

Part of what's interesting about these videos lies in their demystification of the world of astronomy, depicting it instead as a scientific discipline in which genius is not required but dedication, effort and cooperation are.

Other experiences, such as an excursion to the Atacama Desert, record explorations and share tricks for observing the skies from Chile… and there are also some tips for those who are interested in making video blogs: