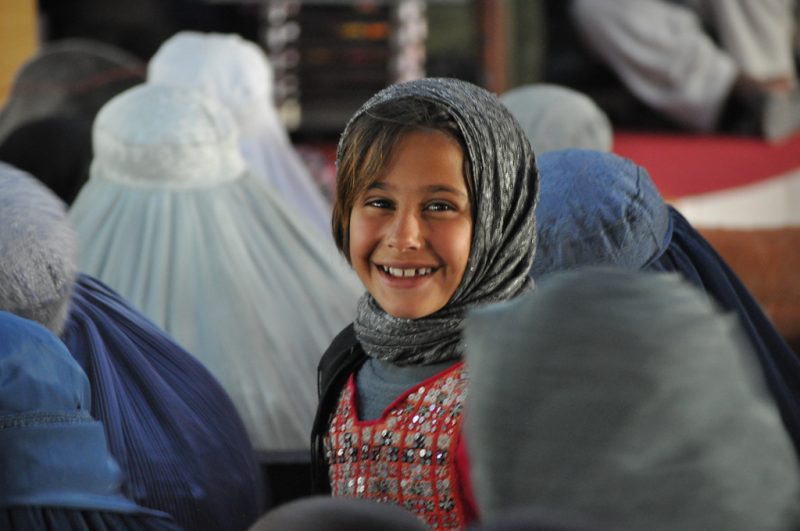 This November Afghan women and men on Facebook joined others around the world in posting Facebook profiles as part of a two-week-long United Nations initiative to Unite to End Violence Against Women.

A recent televised debate highlights the scale of that task in a country wracked by foreign invasions and riven by internal differences.

Earlier this month, two female public figures were debating an anti-harassment law which was recently passed by the Afghan parliament at a round table with a deputy of the Kabul clerical council on Aryanna TV.

The cleric shocked many netizens by calling the women “rationally paralyzed” with “defective brains” and backed up his argument with a selective sampling of Islamic religious texts. The two women were reduced to resorting to a cliched defense of women and girls as wives and daughters, seemingly unable to make the simple argument that men and women are of equal worth.

Being delivered into this world by someone brain-defected, the deputy to the Kabul clerical council must himself be without a brain.

In a 2011 survey by Thomas Reuters Foundation, Afghanistan was identified as the most dangerous place for women to live due to high mortality rates, limited access to doctors and a lack of economic rights.

Women in Afghanistan trail men in part due the absence of intellectual and institutional support for a women's rights movement, even as over a quarter of MPs and the governors of two provinces (Dykundi and Bamiyan) are women.

Some female politicians have gained a reputation for speaking out against social injustice:

(MP )Selay Ghaffari is a courageous Afghan women who always criticizes the criminals with her words in the TV debates.

While such political positions should not be easily dismissed on the back of the five-year reign of the staunchly conservative Taliban government wherein women played no role in public life, they still feel somehow symbolic in a country where many still view male superiority as inherent.

Restrictions on women are most pronounced at the semi-urban level. In rural Afghanistan women are equally active in working outside of the house as men are, often toiling unveiled in the field as opposed to their counterparts in provincial towns where the religious establishment and patriarchy are more powerful.

In urbanized regions of the country due to higher rates of education and social security, women enjoy broader opportunities, even as sexual harassment has stayed a persistent problem.

How to change the environment for women's rights in the country?

As education becomes more and more prized in Afghan institutions, it is critical that universities and think tanks as well as progressive elements in government explicitly identify with and support feminism.

Currently there are few publicly visible institutions fighting for women's rights, while notable exceptions such as the Afghan Independent Human Rights Commission, which partially carries out the role of a court in dealing with domestic violence and other abuses of women, remains isolated in the overall institutional framework.

One way in which women have been able to earn dignity and respect In Afghanistan is by quoting Islamic religious texts, citing passages from the Koran or the work of Muslim scholars, in order to prove that abuses against women are un-Islamic.

But a dialogue on women's rights based on religion alone can only uphold the rights of women so far. There will always be some like the deputy of the Kabul clerical council, who are ready to turn scripture against women again.