Threatened With Suspension Over Its Rights Record, Maldives Up and Quits the Commonwealth 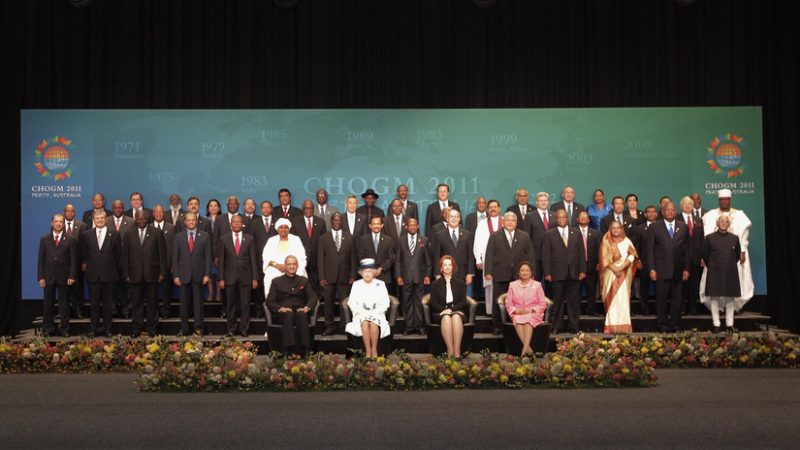 On 13 October, the Maldives government announced that the country will leave the Commonwealth of Nations, an intergovernmental organisation of 53 member states that were mostly former territories of the British Empire. In 1982 Maldives joined this elite group of countries who share values of democracy, human rights, and the rule of law.

The decision comes as the Commonwealth Ministerial Action Group, a rotating group of foreign ministers from eight member states, convened a meeting in September and discussed Maldives's lack of progress in resolving a protracted political crisis. The meeting has put Maldives on a watch list and warned that if there is no sign of substantive progress across the priority areas before the next meeting in March 2017, the group would consider suspending the country from the Commonwealth.

The meeting took the decisions based on the report of Commonwealth special envoy Willy Mutunga, the former chief justice of Kenya, who visited Maldives twice and interacted with people at various levels. Matunga said in the report that “a high level of fear and political intimidation prevails in the island nation”.

High level of fear and intimidation prevails in Maldives, says Commonwealth… https://t.co/ND62mH4XG4 by #hashimex via @c0nvey

Only last month, an investigative exposé by Al Jazeera accused Maldives President Abdulla Yameen and his government of corruption and money laundering. The Maldives political opposition says the administration is trying use intimidation to cover up the allegations, which the government has denied.

Yameen's rise to the power in a controversial election in 2013 has led to regular political crises and the prosecution of political figures, including former President Mohamed Nasheed, who was sentenced to 13 years in prison on terrorism charges and is currently exiled in the UK.

Some Maldivians were not happy with the pressure from the Commonwealth:

Many politicians also accused the Commonwealth of pressuring Maldives on their internal matters.

On 13 October, Foreign Minister Dr Mohamed Asim said in a press conference that the decision to leave the Commonwealth was “extremely difficult,” but was necessary to “protect the sovereignty” of the archipelago.

As someone who led Maldives into Commonwealth 34 years ago, I am disappointed that we have left. Isolation will not solve our problems.

Commonwealth support proved vital in overcoming many of Maldives vulnerabilities in the past. Hopefully we will rejoin.@PScotlandCSG

Don't we as fucking citizens get a say in whether or not we want to be a part of the commonwealth? Or is Maldives just a one man country now

The decision by the government to leave the Commonwealth is deeply disappointing and irrational. This will however, not put an end to international calls on the government to restore democractic values and adhere to the constitution, but this is a step backwards, a loss of opportunities and isolation in an era of global inclusion and diversity.

The main Maldives opposition party criticised President Yameen for quitting the Commonwealth in the face of mounting criticism over his rights record.

Many fear that this exit from Commonwealth will cost Maldives dearly, especially in the field of sports, youth scholarships and place the country in international isolation.