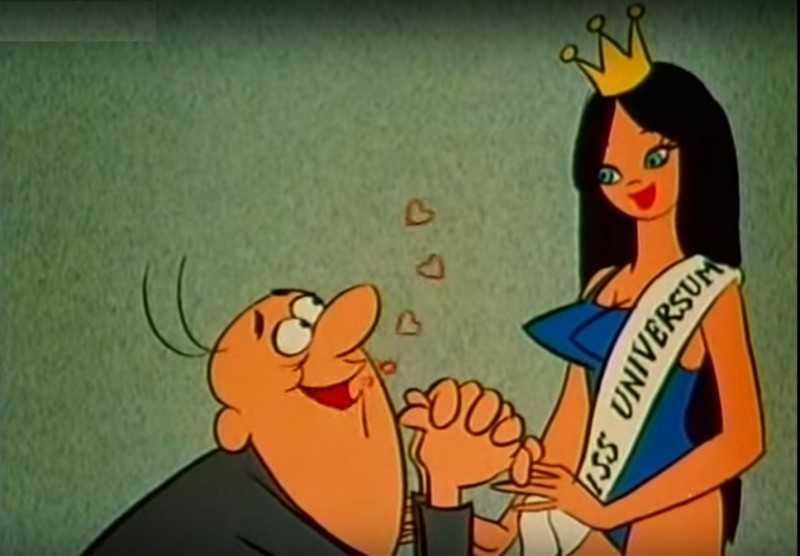 A screenshot from the cartoon “Gustav Wants to Marry.”

Though Hungary found itself behind the Iron Curtain during the Cold War (1947-1991), the country still managed to export high-quality animated cartoons.

The Iron Curtain is a term used for the imaginary border that divided Europe into two antagonistic blocs, separating the socialist countries of the Warsaw Pact — the Soviet Union and its satellites East Germany, Poland, Czechoslovakia, Bulgaria, Romania and Hungary — from the rest of the world, including the non-aligned socialist Yugoslavia.

Being behind the Iron Curtain meant limited freedom of movement, sharing of ideas, and privacy, as well as centrally planned markets resulting in low living standards. After the bloody suppression of the 1956 uprising, Hungarian leadership gradually allowed some elements of free market economics and some freedoms to be reintroduced, resulting in a bit more relaxed rule — compared to USSR — known as Goulash Communism.

Artists took advantage and began producing a plethora of well-regarded animated cartoons. Take a look at three examples below.

The humorous cartoon “Gustav” (Hungarian Gusztáv, 1961-1977) or “Gustavus” was one of the few widespread cultural exports from Hungary. It commented on aspects of daily life, including the country's overwhelming bureaucracy, and darkly satirized other themes, such as feeling dissatisfied with one's life.

Besides politics, Hungary's cultural exports were limited by the uniqueness of Hungarian language. Gustav relied on “silent movie” techniques, with minimal use of text, which added to its universal appeal.

Gustav left a lasting legacy in all countries that were exposed to its charms, from the Baltic to the Adriatic. One might say that its clumsy protagonist achieved cult status, maintained today thanks to the short cartoons’ presence on  YouTube and other video sharing platforms.

During the second half of 20th century, the mainstream perception of animated cartoons in Central and Eastern Europe was that they were entertainment for children, and most of the production was indeed aimed at this audience. (This perception possibly allowed some authors to ‘smuggle’ in some adult themes.) State TV networks showed cartoons during family-friendly time slots. For instance, in Yugoslavia, this included daytime with the last slot at 7:15 pm, before the evening news.

Considering the communist focus on the future, content production for children was not a trifling matter in socialist countries. The states allocated significant resources to general education and youth entertainment, including literature and film.

The folktales include narration, and they were dubbed into local languages in all countries of export, including the United States (see example above). The series originated in 1978, and is still broadcast across the world. As a result, many internet users have uploaded versions recorded from TV broadcasts in their countries.

The 13-episode animated series “Mikrobi” (1971) presented the adventures of a human family that travels through space, helped by the eponymous friendly robot. 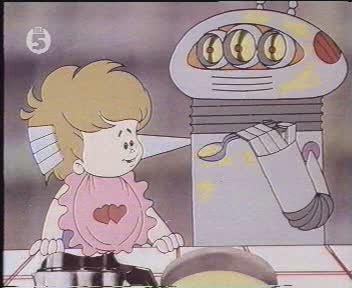 Aimed at younger audiences, “Mikrobi” also left a mark on popular cultures in countries where it was shown. It did not achieve the rank of “Gustav,” but people who had been children at the time still recall some of the catchphrases.

Unlike the “Folk Tales,” online versions of Mikrobi are not as common, and finding them requires knowledge of Hungarian websites or techniques for in-depth searching. For instance, a Macedonian blog specialized in retro TV presents one episode, dubbed in Macedonian.

This post presents just a small sample of the illustrious history of Hungarian animation. There's much more where all this came from — don't hesitate to explore further.