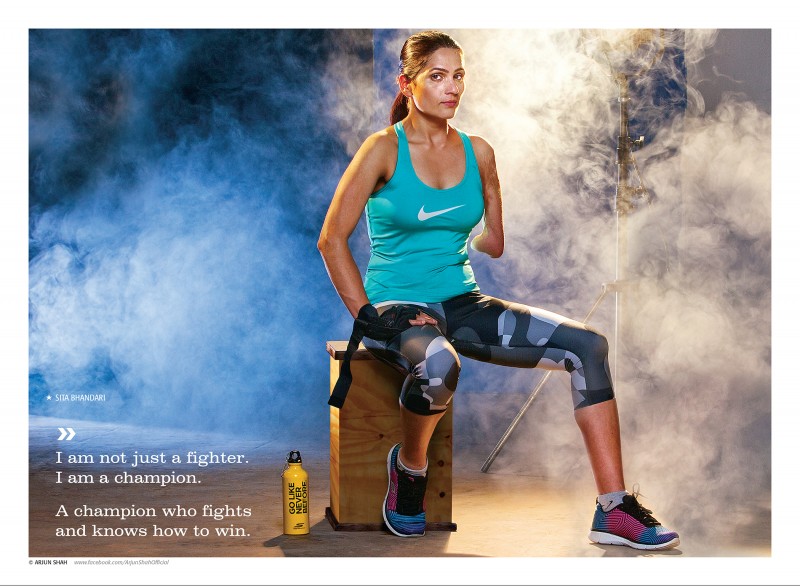 Sita Bhandari, a black belt in taekwondo, has won medals for the country. All photos by Arjun Shah. All photos used with permission.

Some moments in life are, for better or worse, indelible. They get imprinted deep down in your heart — and sometimes on the surface of your skin too. Such is the case for burn survivors.

Arjun Shah, an advertising and fashion photographer, was inspired to start a campaign to change how people see burn survivors and make sure they receive the dignity they deserve. Arjun hails from Chitwan in the southern plains of Nepal. Recognised as one of the premiere photographers of his generation, his works have been featured in renowned international lifestyle magazines. In addition, he has shot several notable advertising campaigns for international and domestic brands during his more than 12 years in the field.

He started off photographing Jayatri Tamang, a burn survivor, for the front cover of a popular entertainment magazine. The magazine sold out and Jayatri turned into a role model. This year, he is back with a team of brave women, all burn survivors, who feature on the glossy pages of a calendar he has put together.

Global Voices spoke to Arjun about his motivations, the impact the work has had on him and his resolve to change the perception of society towards the survivors.

Global Voices (GV): You said that the idea of your calendar featuring burn survivors was conceived while you were travelling in a public vehicle? Can you elaborate on that a bit?

Arjun Shah (AS): I was office bound in a public bus when a group of boys and girls started giggling at a lady covering her face with a shawl. She was a burn survivor. Looking at their behaviour, I felt pity not for the survivor but for the teenagers.

When I said such incidents and accidents could happen to anyone, they laughed and a girl retorted back, “It’s better to die than to live such a life.”

Then the girl abruptly got down at the next station. But it made me think what type of upbringing the youth are going through. I talked about this with few of my friends and my brother but it could not console the grief within me.

Thus, began the quest of changing this perception. I wanted to do something that would change this feeling. 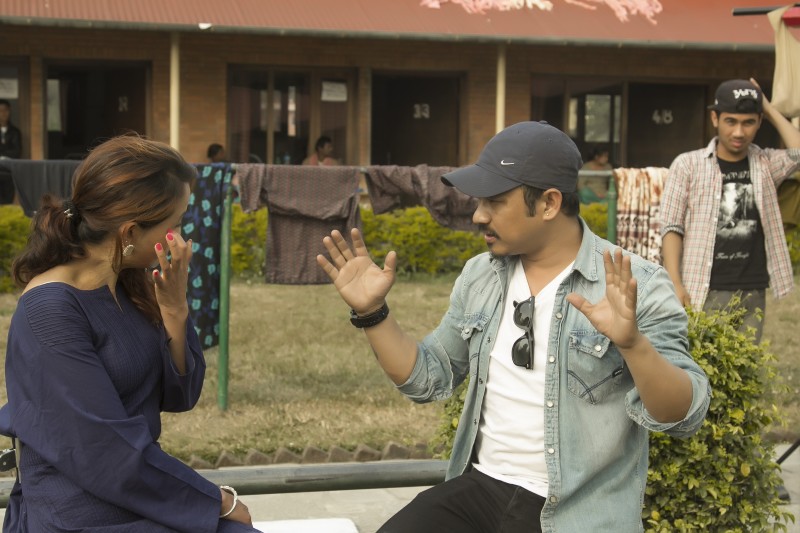 Arjun Shah interacting with a burn survivor prior to the shoot.

GV: How did you manage to get the burn survivors featured in your campaign? Was it hard convincing them?

AS: After this incident, I went to magazines and put forward my ideas to feature a burn survivor but initially nobody supported. Then finally the WAVE magazine accepted the proposition.

Luckily, I met with Dr. Jaswan Shakya from Sushma Koirala Memorial Hospital who invited me to his hospital. Then I met with Jayatri Tamang, the first fighter, survivor and hero of my campaign.

It took her six months to decide to don the cover of the magazine.

She was nervous during the shoot seeing a large crew but after a few days she was ready to go. And the rest is history.

The magazine’s issue sold out. 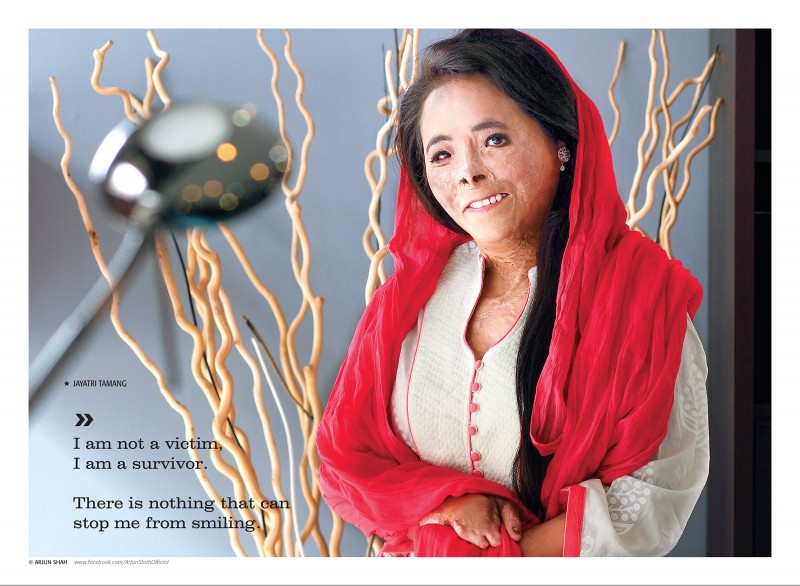 Jayatari Tamang is the first burn survivor to pose for the cover of a Nepali magazine.

GV: What were the takeaways from the shoot featuring Jayatri on the front cover of the magazine?

AS: I learnt two important lessons:

Don’t ask about their past.

After donning the covers of the magazine, there has been a massive change in Jayatri. She is more confident and now a leader on her own. Seeing this, I think I have done something good.

She doesn’t hide her face. I have seen that transformation. 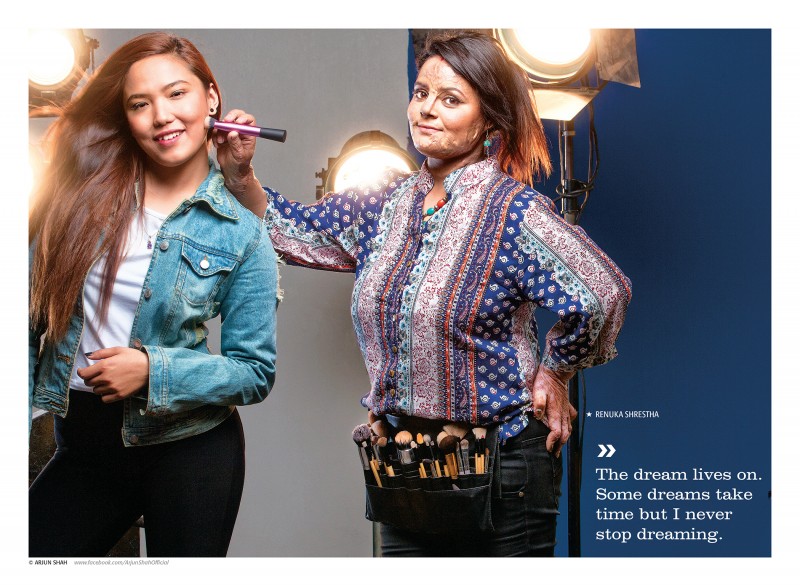 GV: How did you find the other women for the calendar? Was it difficult?

AS: Jayatri brought with her a horde of inspiration for similar women like her. They were envious of her and they too wanted to be out there in the media.

I had thought of doing a calendar of burn survivors but my plans had been canned since I had no idea where to find the survivors.

A lady called Radha Shrestha made it possible. She had 7-8 survivors in contact. I told them to talk to Jayatri first before getting ready for the shoot. 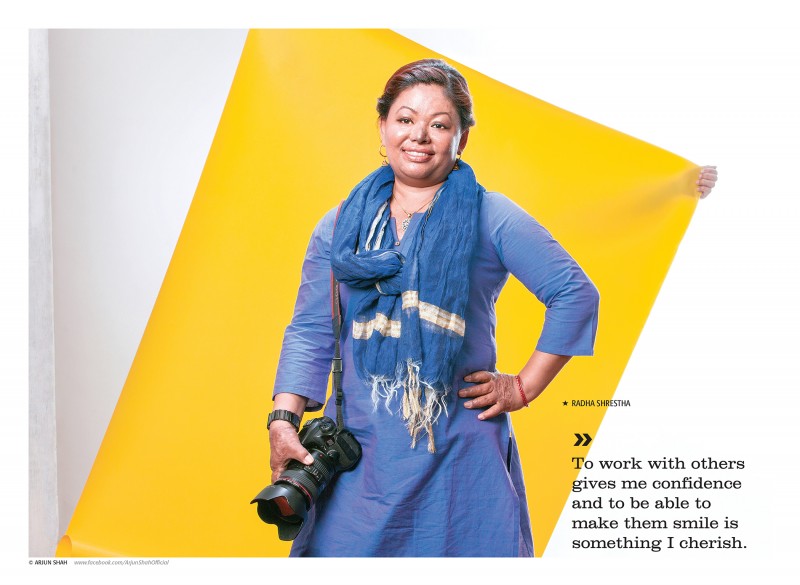 Radha Shrestha’s role was crucial in bringing together the women for the photo shoot.

GV: Among all the women featured in your calendar, who was the most inspiring for you and why?

AS: For me all of them are inspiring. They are not victims. They are survivors. Fighters. Literally, they are happy. You can’t image the fun they have.

They are amazing people. I am inspired. Why can’t I be like them? 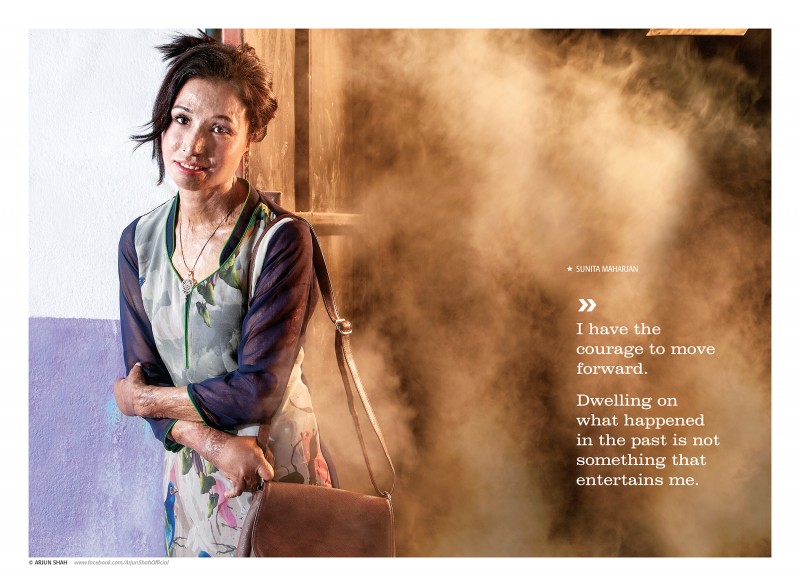 Sunita Maharjan is no longer bothered by her past.

GV: You have been doing fashion photography for a long time. How different was this experience?

However, as my photos tell the story, I need to be more careful with them.

I want to capture only the happy moments. Only the bright sides of their lives. 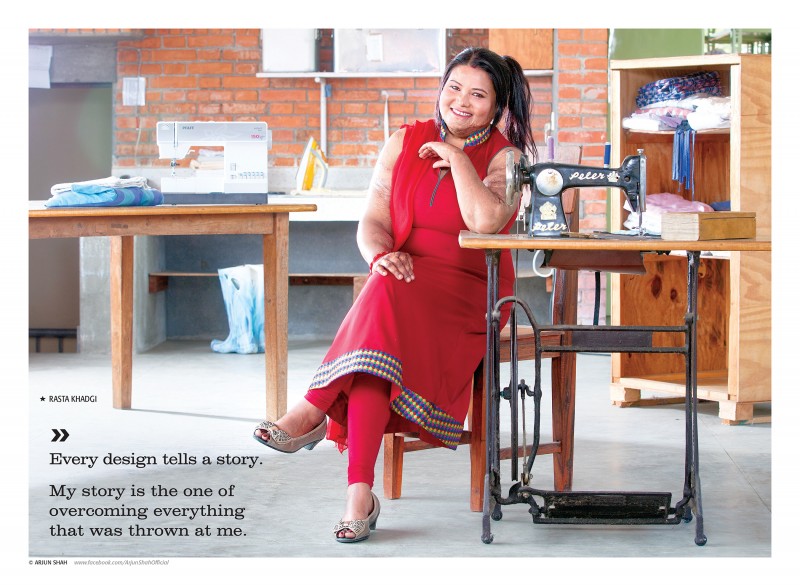 Rasta Khadgi has a story to tell.

GV: How successful do you think you have been in your campaign?

AS: I think I have been partly successful in conveying the message to the youth, especially, for those who think [burn survivors] don’t exist in the society.

It can happen to anybody. Even you and me. I wanted to give them this message. 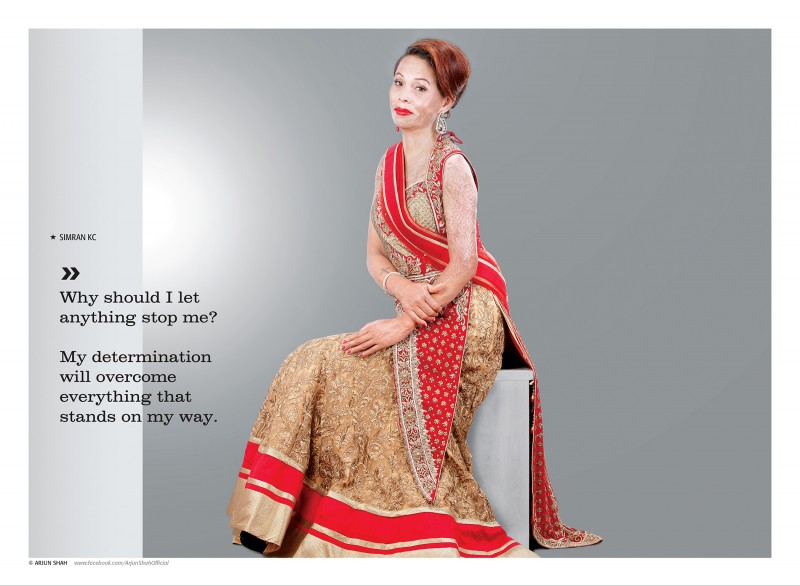 Simran KC is determined to achieve her goals.

GV: Can you tell us your future plans?

AS: I have been thinking of making short films on each of their lives. Like “One day in the life of…”

A significant percentage of the sale of calendars will go to the cause that helps burn patients for treatment in Sushma Koirala Memorial Hospital, Nepal.

I say don’t give them money, don’t sympathise with them. Give them space. To do something on their own.