This Valentine's Day, a Crash Course in Thinking Critically About Love 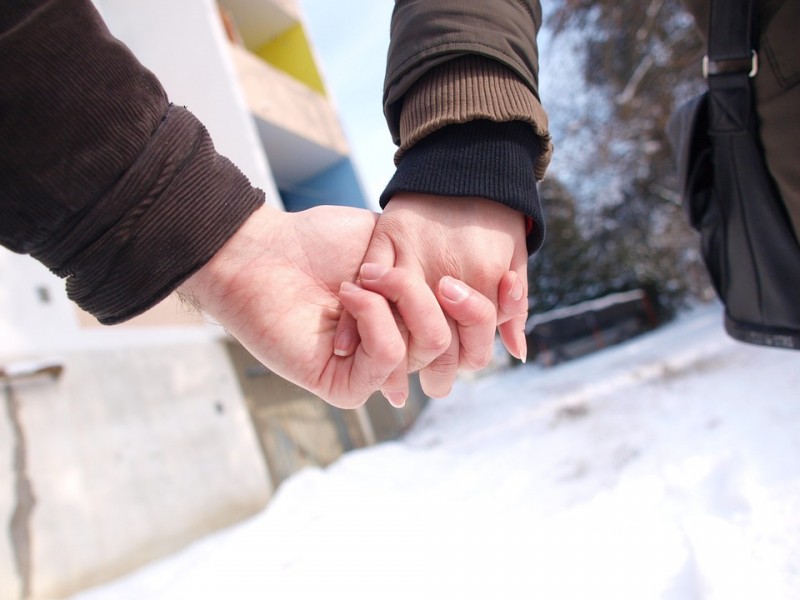 Picture shared by Pixabay.com and labeled for reuse.

The personal is political has been the rallying slogan for women movements since the late 1960s. But can love and the way we think about it, also be part of this concept?

Researchers have dug into the elements that make love painful, scientists have established passionate love as a relief for pain, and feminist activists have denounced the connection between romantic love and violence against women.

For many social scientists and feminist activists, love is an endless subject that we have only just begun to understand.

This Valentine's Day, we present six radically different ways of thinking about love.

On TED's educational channel, Skye C. Cleary guides shows us how philosophers Plato and Bertrand Russell tried to understand the need for love in this five-minute video:

2. How to Be Adults in Love

Also on YouTube, The School of Life devoted a whole playing list to the subject of love and romance, in which they think critically about the ways that society sees, encourages and judges love.The School of Life also has videos reflecting on marriage and divorce, how to handle crushes, break ups and intimacy. In this particular two-minute video, they explore the confusions around the idea and the concept of love:

In the Latin American comedy channel Flama, Joanna Haussman focuses one of her “rants” on famous couples and the way they influence the idea of love in popular culture, in this five-minute video:

From the side of feminist thinkers, Mexican author Marcela Lagarde tackles the issue of love as a social phenomenon. In this one-hour video, the author argues that love has been decisive in the concept of success in women's personal lives, and underlines the idea that love is constructed in the social imagination though myths and ideas that can undermine personal and professional development:

The construction of love [in the culture] is very particular. I'm talking about mostly about Western societies, which put [marital] love in the center of aspiration of women's lives. Growing, doing things, studying, working and many other things that woman have ahead get a secondary sense, or a parallel sense to finding love. [And this love is] an idealized one, it's a fantasy built over a big number of myths, legends and ideologies that penetrate out consciousness and educate our affections

5. Learn in the Lab of Love

Lagarde's point of view is shared by Spanish researcher Coral Herrera Gomez. Gomez argues that romantic love concentrates on a specific kind of socialization and questions the reasons why societies, specially in the West, are so inclined to encourage lives in heterosexual couples of two.

Her work also underlines the links that romantic love can have with violence against women, and some of her projects think about love, relationships and sex. Her research led her to create the Lab of Love and a Facebook group called Ladies Who Have Stopped Suffering for Love. The Lab of Love also features testimonies of women around Latin America and Spain. In this five-minute interview in Spanish, Gomez explains that the Lab of Love is based on sharing experiences and also thinking with others about self esteem and the need to understand emotions:

In an interview shared in her blog, Gomez says:

We need to debunk the attachment between suffering and love, end the culture of women's endurance, put in fashion the idea of treating others well and build collectively a love ethics that can let us love ourselves [and others] well, more and better.

Another researcher in social sciences from Israel, Eva Illouz, wrote a sociological explanation to Why Love Hurts that is connected to the possibilities that the Internet can give in choosing a partner. In a recent article published by Hareetz, Illouz questions the celebration of love and the way that love, as we understand it, represents a big background of painful failures:

Anyone with eyes in his head can see that the road to romantic love is paved with an unfathomable amount of indignities: disappointing first dates; empty and demeaning one-night stands; broken promises, unenthusiastic commitments; princes turned into angry frogs; shared lives that end in lies and betrayal. Worse than these indignities are the shared lives that never end at all, and keep on staging their own tired exhaustion and powerless rage.

In the same article, Illouz reflects on the idea of friendship, and the way it can be an attachment based on love, but lacks most of the elements that cause suffering:

While we almost always recognize the feeling of falling in love, it can take us quite a long time to realize we have found a friend in someone. Friendship, then, has no dramatic, foundational beginning, nor does it entail clear social ritual or “rules of engagement” (as courtship does), nor the urgency of love. It goes along with the movements and flow of our life, and lacks the dramatic, theatrical trappings of love. Precisely for this reason, friendship is not a disease of the imagination: We rarely suspect friendship of being a figment of our imagination.