In US Republican Politics, ‘Hating on Iran Means Never Having to Say You're Sorry’ 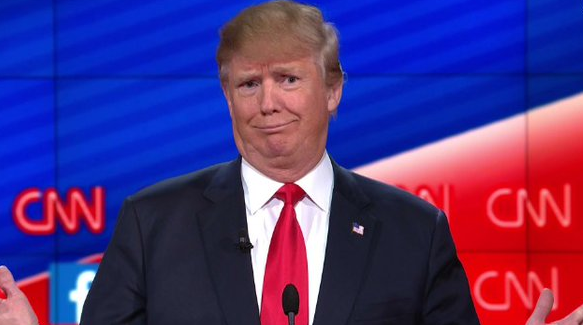 GOP candidate Donald Trump was the first to attack Iran early on in the December 15 debate, calling it a “terrorist nation.”. Screenshot from CNN broadcast.

The relationship between Iran and America is tenuous at best, and there is no better forum to exaggerate this difficult relationship than the debates held for the nomination of the 2016 Republican presidential candidate.

Recent fears of violence in the wake of the 13 November Paris attacks and the 2 December San Bernardino shooting have resulted in a series of policy decisions and discussions in the United States that seem to center around demonizing Muslim countries that are not “natural” allies of the US, such as Saudi Arabia and Jordan.

One example of this is the proposed Visa Waiver Legislation (or H.R. 158), which passed the House of Representatives, but will still need the Senate's approval and President Obama's signature (or in the case of a presidential veto, a second vote in which two-thirds of Congress approve) before it becomes law. The law would require citizens of the 38 member countries currently exempt from obtaining visas to enter the United States to request visas if they have travelled to “terrorist hotspots” such as Iraq and Syria or countries “supporting terrorism” such as Iran and Sudan.

Many Iranians and non-Iranians alike have taken to social media to express discontent at this misplaced targeting of Iranians and Iran within the context of Daesh (also known as ISIS), the brutal Al Qaeda offshoot that has taken over swathes of Iraq and Syria. While Iran does maintain strong ties to groups designated by governments as terrorists such as Hezbollah, they are also one of the countries that have been fighting Daesh since early on in the conflict.

This critical commentary became most evident in tweets reporting on the often demonizing rhetoric toward Iran that the candidates vying for the Republican Party (also known as GOP) nomination were taking during the televised debate on 15 December.

Indeed, much of the debate was concerned with issues related to the Muslim world.

Does the president of the United States have any responsibilities other than killing Muslims? They've been discussing it for an hour.

The debate took a turn towards anti-Iran sentiment when candidate Donald Trump labelled Iran a “terrorist nation.” As I watched the debate with Iranian friends, their level of indignation at this was palpable:

At one point, George Pataki, the former governor of New York who is also running for the nomination, was also quick to attach the term terrorism to Iranians.

Candidate Marco Rubio, a junior Florida senator, was not afraid to fall into strong polemics, casting “the Shia of Iran” (Iran is a majority Shia Islamic nation) as the “mortal enemies” of the United States.

Rubio: “the Shia of Iran are our mortal enemy” – is anyone listening to this shit! If you thought Trump was bad; this guy is fucking crazy. — Leith Abou Fadel (@leithfadel) December 16, 2015

At one point, the debate moderator even started depicting Iran as a threatening adversary to the United States, alluding to the 15 July nuclear deal as something that could still go awry and allow for the development of Iranian nuclear weapons.

#CNN moderator says “#Iran is winning every where” will come as suspense to leadership in #Tehran. #GOPDebate — Bahman Kalbasi (@BahmanKalbasi) December 16, 2015

“if we step back #Iran goes nuclear” says the #GOPDebate moderator. Chris Christy jumps on the chance to say we need to focus on Iran.

Ted Cruz, the junior senator from Texas, had one moment of understanding with Iran by agreeing with the Iranian notion that Syrian President Bashar al-Assad should not be removed. However, he later (falsely) lumped Iran together with Daesh as both having declared war on the US.

When these clowns conflate ISIS & Iran, just rmmbr this is the party that invaded Iraq when Saudis attacked us from Afghanistan. #GOPDebate — banafsheh ghassemi (@IAmBanafsheh) December 16, 2015

When I asked my Twitter followers what they thought was the most “batty” comment on Iran, one user pointed to this fabricated statement of Iran's war on the US by Cruz.

Another notable moment was when Carly Fiorino, the former Hewlett-Packard CEO, explained her intention to undo the work of the nuclear deal signed this past July between Iran and the P5+1 countries, and ask Iran's supreme leader for a “new deal.” BBC journalist Bahman Kalbasi noted the supreme leader's likely reply:

Fiorina wants to call #Iran’s Leader and say “New Deal” I am guessing Iran’s leader won’t take the call but if he did he’ll say: #NoDeal — Bahman Kalbasi (@BahmanKalbasi) December 16, 2015

Iranian-American journalist Hooman Majd had a ready quip to summarize the Republicans negativity toward Iran: