Political parties in Indonesia's 2014 legislative election are accused of violating rules by bringing children during campaign rallies. Campaigning began March 16 and will end on April 5.

A popular but controversial form of campaigning is the use of Dangdut singers and entertainers. Dangdut is Indonesia's folk music genre featuring a melange of Hindustani, Malay, and Arabic vocals and instruments. Modern versions of Dangdut often incorporate gyrating hips and twerking. Political aspirants often greet their supporters on “fun” stages endorsed by Dangdut performers.

Many netizens posted photos of Dangdut performances during campaign rallies to argue why children should not watch these election activities:

Pornographic campaign in front of children.

One of the reasons why kids shouldn't participate in campaigns, it shouldn't be this way.

Under the General Election Committee Regulation (PKPU) Number 15 (k) 2013 [id], minors are banned from attending campaign rallies. However, all political parties currently allow children to join their campaign events. According to Children Protection Commission (KPAI), children have been spotted nearly in all campaign activities.

In response, parties claimed that they have already advised their sympathizers not to bring their children during campaign rallies but many are still unable to comply with the directive. Aburizal Bakrie, the aspiring president from Golkar Party, said that majority of Golkar's sympathizers can't leave their children at home because they don't have babysitters and maids

Meanwhile, the Justice and Prosperity Party (PKS) asserted that bringing children to a campaign rally is part of early education in democratic process. In some cities, PKS installed daycare centers on its campaign venue. 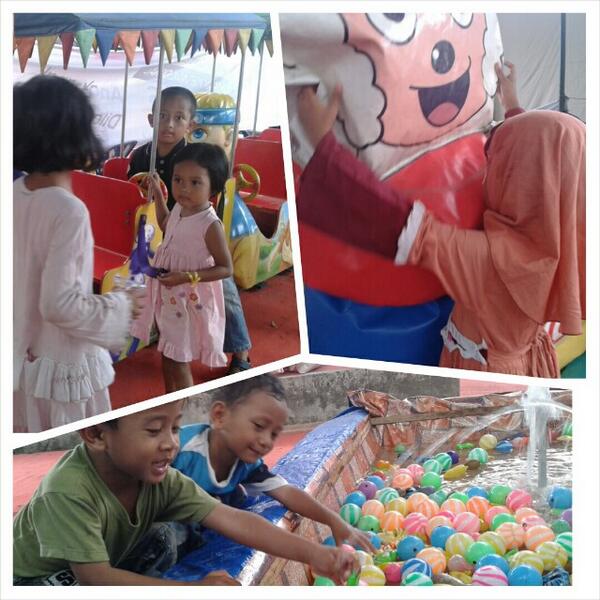 Here are some kids playing in a campaign center daycare.

When asked about the presence of children during campaign rallies, the ruling party Demokrat and the opposition PDIP both agreed that children attending election-related events should not be a problem.

Meanwhile, child psychologist Seto Mulyono said that parents who can't leave their children at home during the campaign season shouldn't attend any rally at all.

Unfortunately, for ordinary party sympathizers, things are not that simple because the campaign season is synonymous to obtaining free goodies and other gifts by attending campaign gatherings. 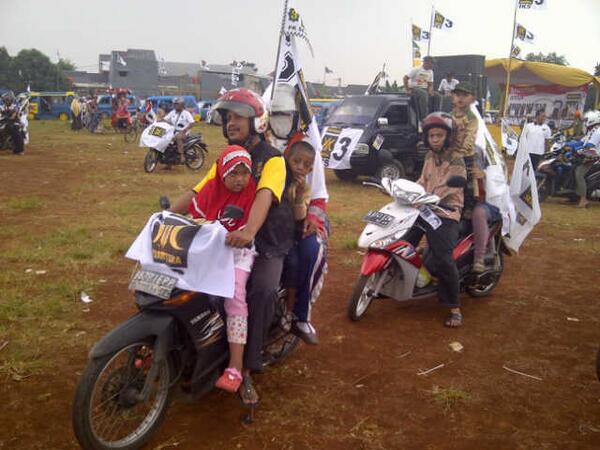 Campaigns will be more dignified if they don't make people fight over money tossed from the stage.

“A kid at a campaign” meme: -Kid: I just want to watch Sponge Bob, mom.

-Mom: I know, child. But they're giving us free lunch and pocket money.

Indonesia held its first full democratic election in 1999, a year after the fall of Soeharto, who ruled the nation for 31 years.

*Thumbnail used is from @pks_kreatif