Bosnia-Herzegovina's parliament has missed the July 1 deadline set by angry protesters demanding members fix a lapse in the country's law that is preventing newborns from being given an identity number and, by extension, travel papers and healthcare.

For more than a month, citizens have been protesting in front of their national parliament, requesting that urgent amendments be made to legislation related to Unique Master Citizen Numbers, abbreviated JMBG. The protests, which have been dubbed the “Babylution”, took off when a gravely ill three-month-old girl died while waiting to receive this unique identity number so that she could receive treatment and surgery abroad. Outrage against this denial of basic human rights ensued across several Balkan states after the tragic event and crossed ethnic divides in the region.

The protesters had given the legislative body a July 1, 2013 deadline to remedy the lapse in the ID number law, which expired in February. On July 1, as Croatia celebrated its official entry into the European Union, thousands of people gathered in the capital Sarajevo before the parliament building to send their government representatives a clear message – “You are fired!” – and inform the international community of the situation in an open letter.

Protests were also held across the Federation of Bosnia-Herzegovina, in Mostar, Tuzla, Zenica, Prijedor, Bugojn and other cities and towns.

Blogger Tom Simpson was among those who joined the “Babylution” online:

In the thrilling and agonizing meantime, protestors [sic] will have to muster all the courage, patience, and creativity they can. For its part, the rest of the world needs to keep putting pressure on Bosnian politicians to do the right thing: secure basic human rights and freedoms for all citizens of BiH. The Bosnian struggle is a deeply human one, and the world should stand with Bosnians and Herzegovinians, as they stand up for themselves, choose love, and dare to hope.

In the meantime, the Bosnian-Herzegovinian parliament held a session [bos], during and after which nothing changed. During the session, the #JMBG protests were labeled as “a hostage crisis” and the issues were devolved into accusations between the political parties. Solutions to issues that might benefit the citizens of Bosnia-Herzegovina never came as a point of order.

Lawmakers who voiced any concern over this [bos] were far and few between, among them member of parliament Anto Domazet:

Today's debate about security issues demonstrates that the focus of members of parliament is on the very political matters that provoked the delay in procedure and the crisis situation.

“However, we must ask ourselves what is the great matter that will happen in the political life of Bosnia-Herzegovina? It is evident that the citizens want political pluralism, not to have leaders or parties decide on matters, but that they themselves also [should decide]. This is something we will have to get used to,” [Domazet] emphasized.

Edita Gorinjac (@EditaGorinjac), a journalist from Sarajevo, was among those who criticize the Parliament:

@EditaGorinjac: Representation. In #ParlamentBiH they are calling criticism of their work mudslinging. They say it is unseen anywhere in the world. I'm not sure which world they're talking about. #jmbg

@EdisPG: We ask that only smooth jazz music be played in parliament, so that members of parliament don't feel pressured, and anti-stress massages at least 2x a day #jmbg 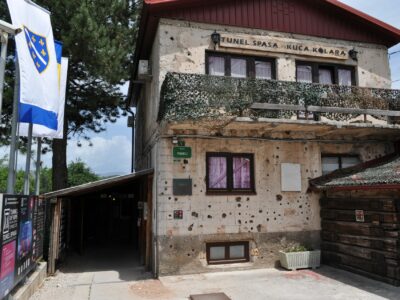 Tunnel of Hope: A means of survival during the Sarajevo Siege 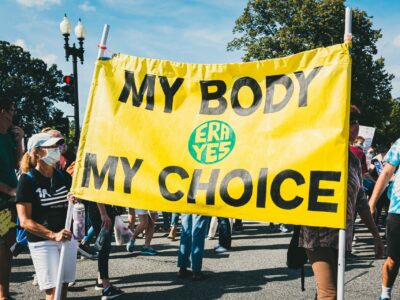 A Bosnian perspective on the US fight for reproductive rights 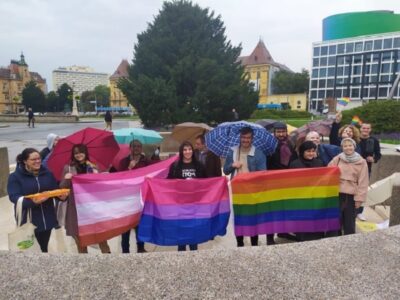