Macedonian youth and some older intellectuals have been protesting for five days online and offline in Skopje, urging the authorities to “solve” the case of murder of a young man by a police officer who served as a bodyguard to a high-ranking official during the post-election rally of the ruling party. On Friday, youth from other cities, like Bitola, Strumica, and Kochani, took to the streets, too.

Currently, the most popular Twitter hashtags include #Martin, #protestiram (“I protest”) and #Bitola.

Vnukot has been providing consistent high-quality coverage of the street protests in English (Day 1, Day 2, Day 3, Day 4). With his permission, Global Voices relays his article on Day 5:

Protests against police brutality that started following the murder of Martin Neshkoski, continued today, this time in several cities in Macedonia. 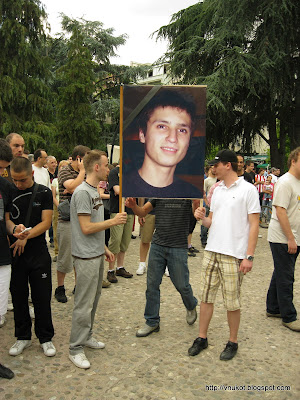 Most people gathered in Skopje, where the street cops estimated that more than 3,000 people were attending. The number might be slightly higher, but after the footage that was made, no one can deny the massive protests. 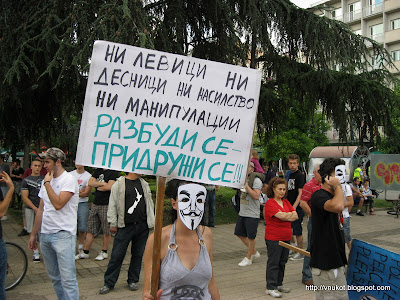 According to A1 TV [mk], the brother and friends of the murdered Martin Neshkovski also joined the protest, carrying his photo.

Right behind Skopje is Bitola, with an impressive number of people that gathered in the name of putting an end to police brutality. The good people of Strumica and Kochani gave their symbolic contributions to the cause. 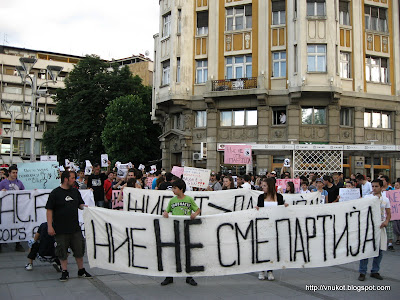 The constant attempts to discredit and belittle the protests (by politically coloring them) by the pro-government media were met with a counter strike by the protesters. They wrote: “We are not a political party”, “Life > political party” etc. At the end of the protest, in front of the Parliament of the Republic of Macedonia, the crowd shouted: “In the parliament, you're all the same!” 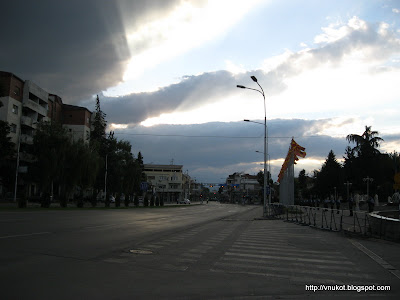 On day 5 of the protests, not only did other cities in Macedonia rise to the occasion, but the young people of Skopje started to escape the apathy, slowly but surely. 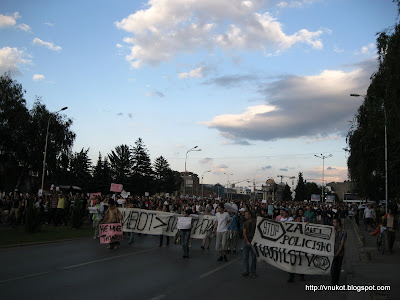 At the beginning of the protests, Martin's brother and friends were in the crowd. They were too much grief stricken to be able to go on further than the place were he was brutally murdered. 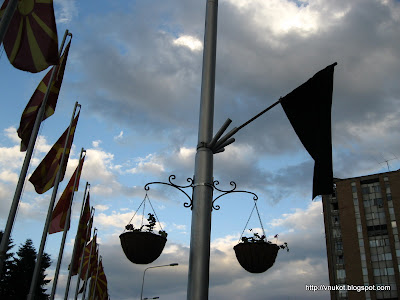 At one point, out of nowhere, a small group of young men appeared with masked faces. In order to disable them to turn the protests violent, a greater number of people filmed them. 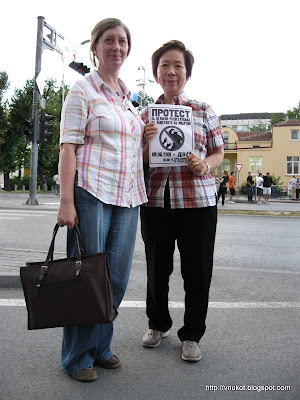 Common sense prevailed throughout the day, despite of all emotions, despite of the huge number of people. The protest went on as it was planned – peacefully. 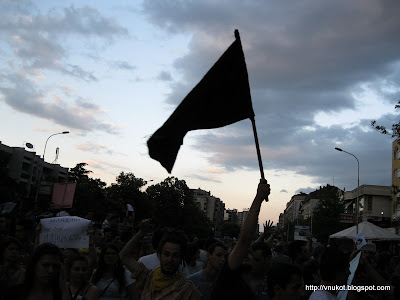 A new symbol arose on day 5 – black flags that were put up on poles and waved in the crowd, as a reminder of the meaningless end of a young life. 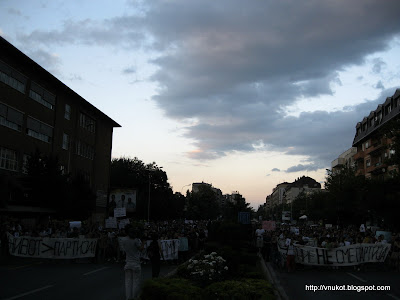 This time, a lot more streets were covered with the steps of the protesters (over 6 kilometers), and throughout the day, the initial symbol was kept – sitting down on every intersection, blocking it and paying respects with a minute of silence. 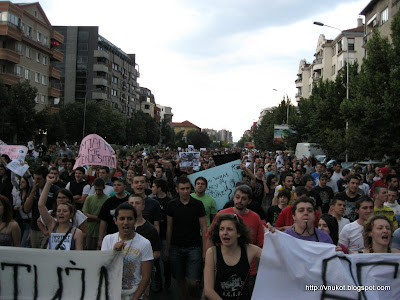 In the meantime, the number of foreign media covering the protests grows by the minute… 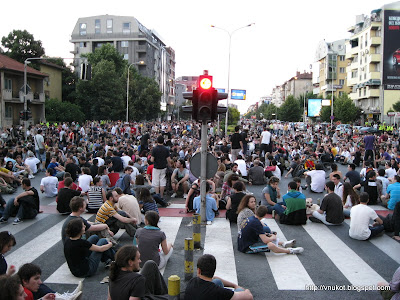 The protest ended in front of the Parliament of the Republic of Macedonia. 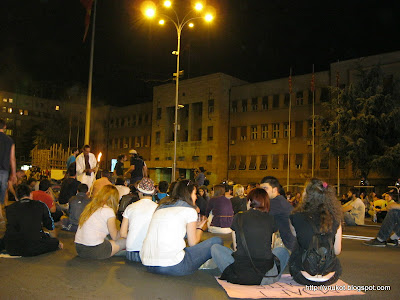 Day 5 of protests in Skopje – Macedonia awakens! from Dejan Velkoski on Vimeo.