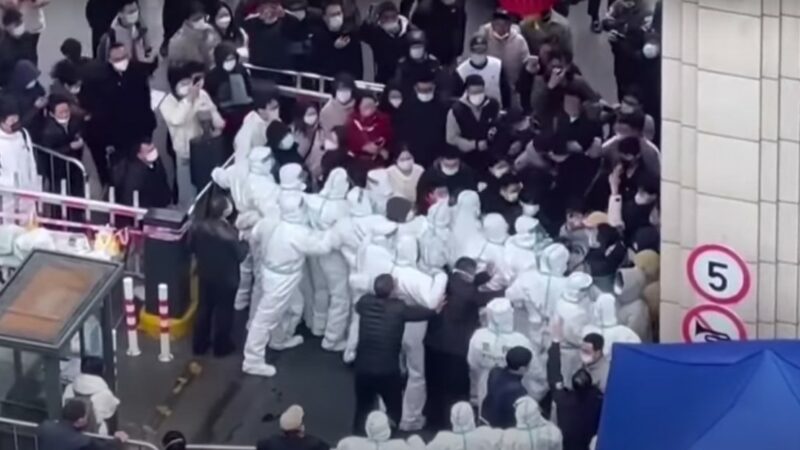 China is set to end its zero-COVID policy after a round of intense, nearly unprecedented nationwide protests rocked the country. The protests were in response to a deadly fire that killed 10 in a residential area in Urumqi, Xinjiang, on November 25, 2022. The building was under COVID-19 lockdown and due to zero-COVID protocols and barriers that were introduced, the residents struggled to exit the building even as the fire was raging. While this incident and the three years of COVID-19 lockdowns have bred widespread resentment in China, the path to opening the country is looking treacherous.

While the Omicron variant is relatively mild, given China’s low-COVID booster vaccination rate, lack of natural immunity from previous infection waves, as well as inadequate local medical facilities, the number of severe cases and deaths could be overwhelming.

Yet, after three years of living under lockdowns and strict control, people are exhausted by the zero-COVID policies and demanding changes. At the same time, local governments are out of cash to pay for mass PCR tests, quarantine centers, and lockdowns.

A local disease control expert estimated that the country might face more than 2 million deaths if it follows Hong Kong’s model, which is less strict than mainland China's. Another estimation put the death toll at about 1.5 million.

This ⬇️ is the key reason why the Chinese government is between a rock and a hard place: even with 88% of the population vaccinated, deaths from stopping 0-Covid would be 1.55 million people and ICU peak demand would be 15.6 times (!) the existing capacityhttps://t.co/cGApDyXmbU

Hong Kong’s mortality rate during the Omicron outbreak in March 2022 was the highest among high-income nations due to the relatively low vaccination rate among the elderly. At its peak, the mortality rate was 37.7 per million people.

To prevent strain on its medical system, China is launching a vaccination campaign for the elderly. Currently, only 68 percent of those aged 60 or above have received a booster jab, and the figure drops to 40 percent for those 80 and above.

China is extremely poorly prepared for a major Covid surge. Very few people have acquired immunity to the virus through prior exposure and vaccination rates in the elderly are dismally low.
4/https://t.co/FT74QqhN23 pic.twitter.com/9Bc5BygVJ9

This means it would take months for the country to reach its target of having a 90 percent full-vaccination rate among the 80+ demographic. And vaccine hesitancy among the elderly is likely to draw out the process.

To buy time, the loosening of the zero-COVID policy started in major cities, including Guangzhou, Shanghai, and Beijing, where there are better medical facilities. These cities are also where resentment and frustrations over lockdowns drove the middle class into the streets.

In recent days Beijing, Shanghai and many other cities announced that they would no longer require residents to show a recent negative test to enter shopping malls or to use public transport https://t.co/0IY2z2P4KN

However, once cities open up, it is quite inevitable that the Omicron virus will spread quickly to less developed regions where the vaccination rate is lower and medical facilities are worse.

Paradoxically, China’s current deadlock stemmed from its success at preventing the virus from entering the community through its punishingly strict zero-COVID policies, which relied on widespread PCR testing, strict health codes, district lockdowns, mandatory quarantine for infected patients, travel restrictions, propaganda in favor of the zero-COVID policy, and more.

Huge amounts of public resources and investment were used to construct zero-COVID infrastructure rather than bolster medical facilities and vaccination. As pointed out by human rights activist Kenneth Roth:

Why does Xi Jinping stick with his draconian “zero Covid” lockdowns? Because while he was investing gazillions in censorship and repression, “China has fewer than four ICU beds per 100,000 people. That compares with more than 30 per 100,000 in America.” https://t.co/7eOrHT8NYI

In fact, in the past three years, more than 2,000 private hospitals were forced to shut down as they could not run their businesses due to a lack of patients, according to reports from mainland Chinese newspapers. The total income of private medical facilities across the country in 2020 was RMB 373.5 billion (USD 53.5 billion), the total expense was RMB 525.6 billion (USD 7.3 billion), and the deficit was RMB 150.2 billion (USD 21.5 billion).

As for public hospitals, most of their resources were channeled toward PCR tests, which put them in debt with testing firms as local governments ran short on cash.

ZCP is also expensive! Hundreds of millions of PCR tests a day cost tons of money and have been bankrupting local governments at time when China is facing a mounting debt crisis and revenue from land sales is drying up.https://t.co/qU0qRQy1hI

In addition to PCR tests, local governments also needed to divert funding to construct and run quarantine facilities and pay lockdown enforcement workers. Recently, there have been an increasing number of protests staged by these temporary government workers demanding the payment of their long-overdue salaries. One such protest took place in Shanghai in early November:

The largest quarantine camp in China's Guangzhou city is being built.
It has 90,000 isolation pods. pic.twitter.com/7VdAJpki5q

Many of these projects are now suspended as Beijing's new policy allows home-based quarantine for asymptomatic infected individuals.

The sudden policy shift triggered a narrative 180 about the country’s health policies and the coronavirus. For three years, Chinese media outlets pushed reports glorifying the zero-COVID policy and demonizing other countries’ approaches to “living with COVID.”

But this narrative has taken a U-turn. Guangzhou city, which is adjacent to Hong Kong, released a statement that celebrates individualism in liberal society on its landmark tower:

Message displayed on the Canton Tower in Guangzhou China

“每个人都是自己健康的第一责任人”
“Everyone is primarily responsible for their own health”

Guangzhou is signaling the end of 0 covid, most likely in a stepped process pic.twitter.com/CpvHaU1mGC

State-affiliated influencer Hu Xijin is standing at the frontline in reshaping the narratives. On December 2, he told his followers that as a 62-year-old person, he was prepared to be infected with COVID, and on December 5, he suggested people should treat COVID-19 as flu:

The COVID response in many parts of China have been adjusted drastically & it won’t be long until people can travel across the country without many restrictions. Time for Chinese people to treat COVID-19 as a flu in life.People’s mind is changing together with policy adjustments.

However, it is yet too soon to say that China will return to pre-COVID levels of freedom. Within the Chinese Community Party, opinions are still divided.

Jiang Yu, a researcher from the Development Research Center of the State Council, wrote an article on December 6 criticizing Hu's suggestion of treating COVID as flu and estimated that more than a million people would lose their lives within one year if China adopts an open approach. Jiang stressed that culturally and politically, Chinese people could not accept giving up the elderly's lives.

While Jiang’s article has been taken down by major media outlets, it is still being widely circulated on hardline party-affiliated websites and received many echoes on social media.

As the policy change came suddenly without a consensus-building process, it remains to be seen how the public will react to a loosened zero-COVID policy and the deaths that may accompany it.