Hong Kong is losing its status as an international aviation hub 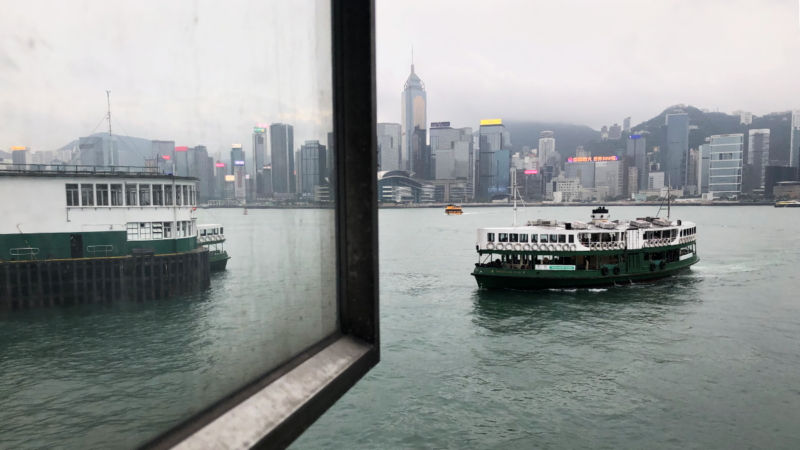 Hong Kong has become one of the world’s most isolated cities thanks to its strict travel restrictions under the zero-COVID policy. Despite its attempt to loosen air travel restrictions on April 1, airlines continue to avoid flying to and through the city.

Last week, Willie Walsh, director-general of the International Air Transport Association, told reporters from Bloomberg and the South China morning post that Hong Kong is losing its status as an international aviation hub:

“Hong Kong as an international hub airport has slipped. It is effectively off the map now and I think it is going be difficult for Hong Kong to recover,” IATA chief says #aviation #CathayPacific #COVID19
https://t.co/vG9JR2vxR9

In an attempt to reconnect with the world, Hong Kong has abandoned its region-based health risk ranking system and lifted its complete flight ban for nine countries, including the US, UK, and Australia, starting April 1, 2022. In addition, the mandatory hotel quarantine requirement has been halved to seven days. 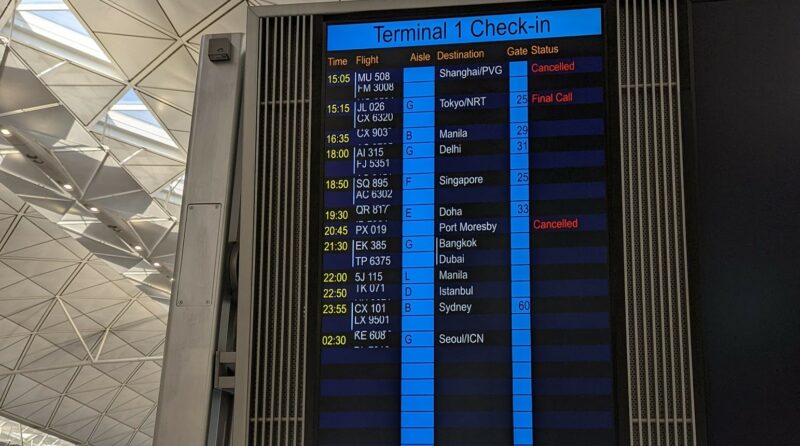 Yet the new measures have not prompted airlines to schedule flights to or through Hong Kong as the authorities insist on maintaining a set of so-called “circuit-breaker rules” which punishes airlines by suspending a flying route for seven days if a single flight from that route brings in three or more infected passengers.

The pre-flight and on-arrival COVID-19 tests for aircrew also deter airlines from flying to the city as the procedure risks staff being sent to quarantine facilities.

Within the first week of the new measures, six airlines, including Singapore Airlines, Emirates, Cathay Pacific, Qatar, Korean Airlines, and Malaysia Airlines, had their routes banned in Hong Kong under the circuit-breaker rules.

The flight bans have resulted in a surge in passenger flight cancellation rates, as highlighted by David Webb, a Hong Kong-based market analyst:

The rationale behind the sanction is highly questionable, as the airlines have no control over the sudden change in their passengers’ COVID-19 test results. Jerome Taylor from APF pointed out:

HK already requires a – PCR for all arrivals within 48 hours of landing, so everyone boarding a plane to HK was – less than two days ago.

There is nothing airlines, or returning HKers, can do about people then testing + on arrival.

Several airlines, including Qantas, British Airways, and Virgin Atlantic, which operate routes from previously banned countries, have thus decided to push back their plans to fly back to Hong Kong.

The number of scheduled passenger-flight dropped to 14 on April 12:

In December 2019, prior to the pandemic, the number of in and out-bound aircraft stood at 33,999 per month with a passenger volume reaching 5.7 million. The figure dropped to 8,330 and 86,000 in February 2022, according to the Hong Kong International Airport’s (HKIA) monthly statistics.

In January 2022, after the initial outbreak of Omicron in the city, the Hong Kong government banned passengers coming from 153 countries under its region-based health risk ranking system.

Under the “circuit breaker rules,” the suspension announcement is made abruptly, and the passengers of the canceled flights are responsible for rescheduling their flights and hotel quarantine.

Hong Kong has been striving to reopen its border with mainland China by keeping its pandemic control measures in alignment with China's zero-COVID policy. After more than two years, border crossing restrictions between Hong Kong and China have remained extremely strict losing the city its status as an international hub.