China-funded Kaliwa dam in the Philippines flagged for irregularities 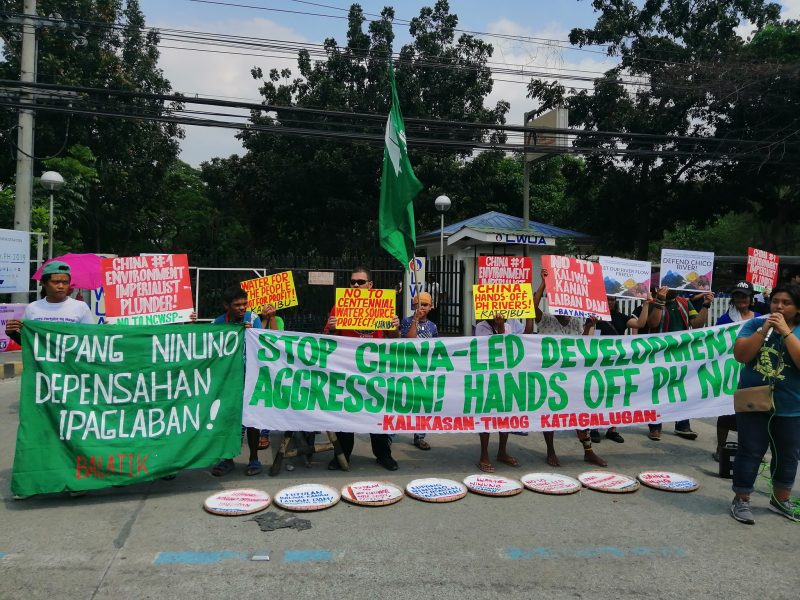 Environmentalists and advocates of Indigenous People's rights protest against the China-funded Kaliwa Dam in the Philippines. Source: Facebook

The Philippine government’s Commission on Audit (COA) has flagged the controversial China-funded Kaliwa Dam project for review, noting that its proponent, the Metropolitan Waterworks and Sewerage System (MWSS), has failed to submit proof that it is implementing measures to protect the environment.

The COA is an independent constitutional body mandated to audit the government's financial transactions. MWSS is the government agency in charge of the dam project.

The Kaliwa Dam is part of the New Centennial Water Source program that promises to deliver 600 million liters of water per day to Manila's Metro area, the country’s capital region.

It is the flagship project of Philippine President Rodrigo Duterte’s “Build, Build, Build” infrastructure program. In 2019, the Duterte government secured a 283.2 million US dollar loan deal from China in order to build the Kaliwa Dam. A Chinese contractor, China Energy Engineering Corporation Limited, was selected to build the dam.

China's participation in the project reflects the Chinese government's commitment to supporting Duterte's infrastructure program through the Belt and Road Initiative (BRI). This was confirmed in a BRI primer released by the Chinese embassy in the Philippines

Infrastructure is one of the key areas of cooperation. China attaches great importance to the Philippines’ “Build, Build, Build” Plan. The Philippines and China have agreed to cooperate on infrastructure for the next ten years to boost economic development and improve their investment environment.

But China's investments have attracted suspicion from many sectors because of its military buildup in the West Philippine Sea (South China Sea). China-funded projects like the Kaliwa Dam are tagged for potentially undermining the country's sovereignty. The COA report has revived controversies surrounding the dam project.

For example, the dam was widely opposed because of its potential environmental threats and because it would displace an estimated 1,465 families of the Dumagat-Remontado indigenous peoples (IPs) in Rizal and Quezon provinces.

When the contract documents about the dam were released in 2019, civil society groups warned that they contained provisions that favor China. For example, one provision states that Chinese laws will be used to resolve potential disputes that may arise regarding the dam project. A former legislator also criticized that a Chinese contractor was hired for the project:

No surprise, it is a Chinese contractor – China Energy Engineering Corporation Limited. This is a violation of our procurement laws, as well as violation of the Constitution that mandates a preference for Filipino contractors and workers who are equally if not more than qualified.

Numerous Catholic bishops in the Philipines issued a statement expressing concern that the project will mainly benefit Chinese investors instead of the local population:

The bishops stressed that the Church is not against development as long as it does not sacrifice the “common good” in the name of progress.

They (IPs) should not be sacrificed on the altar of development aggression, which would just benefit big businesses and Chinese investors.

The Philippines has a predominantly Catholic population and bishops.

Joan Jaime of the Kalipunan ng mga Katutubong Mamamayan ng Pilipinas said in a media interview that the dam will destroy the way of life of indigenous peoples whose ancestral domain was designated as the site of the dam project:

All things are given a monetary value and profited from. This is contrary to the needs of the people, the needs of the indigenous communities, and the idea that land should be used for the common good. 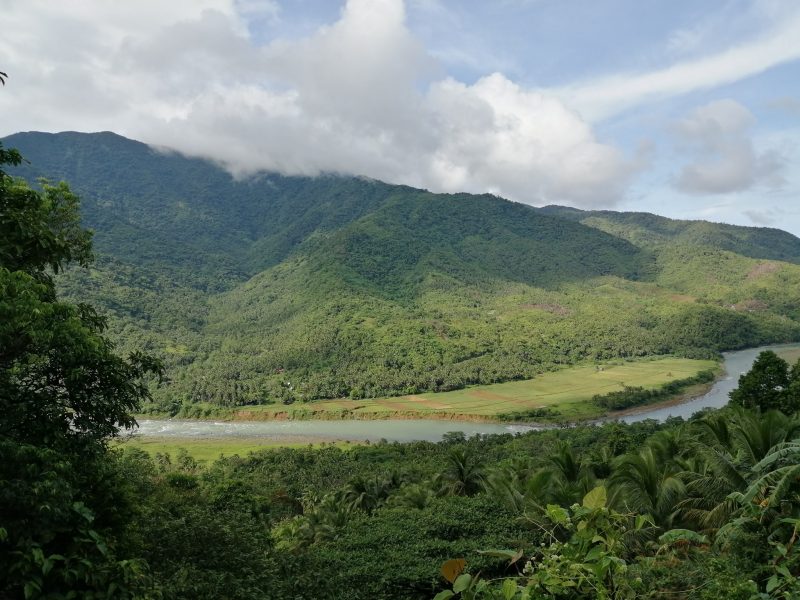 Environmentalists have warned that the Kaliwa Dam will destroy the habitats of several endangered species in Rizal and Quezon provinces. Source: Facebook

Protests have been organized since 2019 against the dam. Activists have marched in front of the country’s environment department, Chinese consulate, and Congress to raise their opposition against the dam. Environmentalists have listed the Kaliwa Dam as proof of the destructive legacy of the Duterte government.

Duterte acknowledged the right of IPs to protest although he said he is ready to use the “extraordinary powers” of his office to complete the project.

Environment group Haribon offers an alternative instead of building the controversial dam:

The restoration and conservation of forests in existing watersheds like Angat and La Mesa is not only more cost-effective but will ensure continued water supply for Metro Manila and nearby provinces for years to come. The group also urges the Government to rehabilitate existing water reservoirs and strengthen the implementation of efficient water distribution systems and facilities.

The government has defended the Kaliwa Dam by describing it as the solution to Metro Manila’s looming water crisis. MWSS insisted that the dam’s environmental impact is only minimal:

The social and environmental impacts of the stand alone Kaliwa Dam Project is minimal. Even as there are risks which is usual to any construction project, mitigation measures and safeguards have been put in place.

Even the China embassy has issued a statement to clarify that the dam represents a strong bond between two equal partners:

The project is one of the great achievements in helping the Philippines with more livelihood projects through China-Philippines mutually beneficial infrastructure cooperation within the framework of the Belt and Road Initiative and the Build, Build, Build plan.

In the spirit of amity, mutual trust and results-oriented cooperation, China and the Philippines agreed that the project would be funded by the preferential loans from the Export-Import Bank of China. The loan agreement was reached by both sides through consultation on equal and voluntary basis. The terms and conditions of the agreement are general and standardized requirements in accordance with both international practice and Philippine laws.

In a separate interview, Chinese Ambassador Huang Xilian wrote that the BRI project in the Philippines has become a key “cargo lifeline” and “bond of solidarity” during the pandemic.

Despite the controversies surrounding the project, construction has continued and the dam is expected to be completed in 2023.