Did the Ethiopian government use its COVID-19 restrictions to silence dissent? 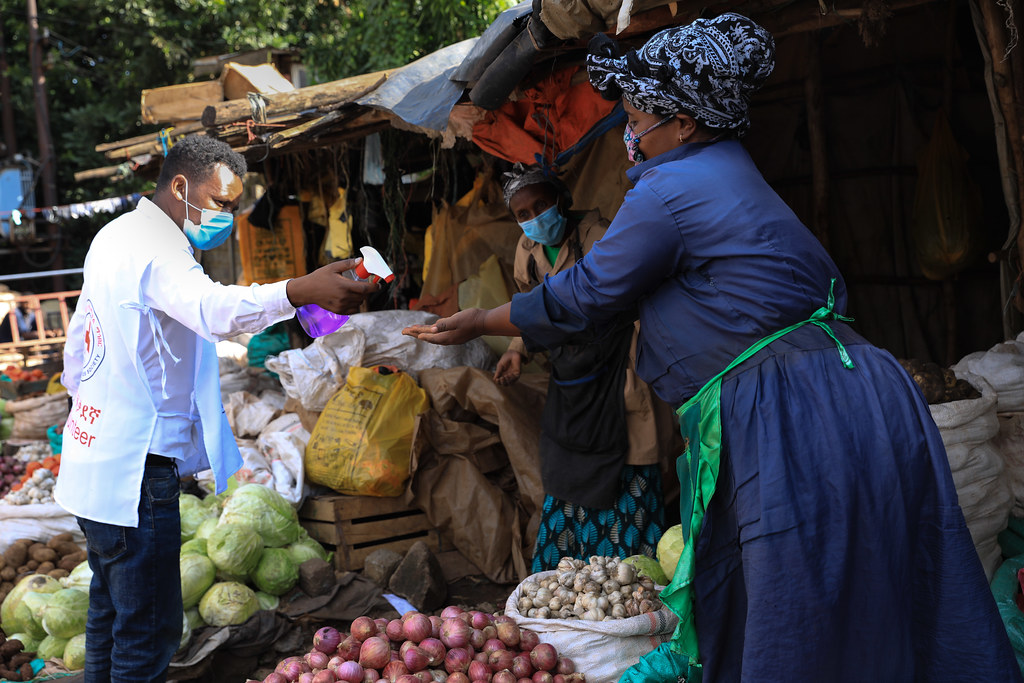 Youth volunteers take to the streets to mobilize against COVID-19 in Ethiopia. Photo by UNICEF Ethiopia. CC-BY 2.0

A number of Ethiopian activists were arrested in 2020 for violating the country's COVID-19 restrictions, raising questions on whether the government has used those protocols to silence criticism.

Ethiopia was under a State of Emergency (SoE) to counter the COVID-19 spread from April to September, 2020.

On April 20, Elizabeth Kebede, a lawyer, activist, and outspoken critic of the government, was detained in Addis Ababa for allegedly “spreading false rumors” about the COVID-19 situation in Harar, the main city in the Harari region.

In March, shortly after Ethiopia registered its first COVID-19 case, Elizabeth had posted on Facebook that she knew people who, despite coming into contact with others who had tested positive for COVID-19, had not gone into quarantine.

Elizabeth was extradited to Harari on the same day of the arrest, according to the Ethiopian Women Lawyer’s Association (EWLA) where she works as a volunteer. She was released on May 6 without charge.

EWLA argued that the Harari Police had no jurisdiction to file cases against  Elizabeth as her permanent address is in Addis Ababa. They also say there was no legal need to transfer her to Harari.

Ethiopian journalist Yayesew Shimelis was also arrested without charge, on March 27, 2020. That was one day after he posted a video on the Ethio Forum YouTube channel, which he administers, reporting that the central government was preparing 200,000 graves to accommodate COVID-19 deaths, citing anonymous sources. Yayesew was released on April 23.

The Ministry of Health and the Prime Minister’s Office have rejected the claims made in the video. The former said the video “should be condemned” and the latter that “law enforcement agents […] have been mandated to take action against individuals and groups unleashing terror upon people’s health and sense of safety.”

Yayesew hosts a weekly political program on Tigray TV, a channel owned by the Tigray regional government, a major oppositional force to the Addis Ababa government. The journalist is known in Ethiopia for being critical of Prime Minister Abiy Ahmed.

After witnessing the fierce reaction on social media to his video report, Yayesew tweeted saying that he “didn’t imagine the news could be that shocking.”

The directive issued by the Council of Ministers to implement the State of Emergency had provisions that experts say undermined freedom of expression and unleashed a chilling effect on the press.

It is prohibited to disseminate any information that makes the society unstable and that puts psychological pressure on society regarding COVID-19 and related issues.

Also, Article 4/10 declares that information disseminated by media outlets should not create shocks.

Government communications professionals and private media institutions should disseminate information, news analysis, or related information on COVID-19 and related issues without exaggerating or undermining the relevant information and without causing undue shock and terror.

The cost of the censorship

A screenshot of Yayesew's Facebook Page taken on 25th February 2021

Since his release, Yayesew  is no longer as outspoken. His Facebook bio has since been updated and reads: “I can’t breath — just keeping quiet.”

On a video he uploaded to YouTube on June 2, 2020, Yayesew says he had to stop his show on Tigray TV’s EthioForum “with sadness” for a reason he “cannot disclose for the time being”

Elizabeth Kebede has since left Ethiopia for an undisclosed country. On a Facebook post from November 2020, she explained her reasons for seeking asylum abroad, and indicated that her case wasn't closed, only transferred from Hariri to Addis Ababa.

Her Facebook post, which has since been removed, included an attached statement by Ethiopia’s permanent mission to Geneva that read:

Ms. Elizabeth's posts have severely undermined the safety, equality and dignity of certain ethnic groups and it would likely incite violence and disturb public safety.

This article is part of a series of posts examining interference with digital rights under lockdowns and beyond during the COVID-19 pandemic in nine African countries: Uganda, Zimbabwe, Mozambique, Algeria, Nigeria, Namibia, Tunisia, Tanzania, and Ethiopia. The project is funded by the Africa Digital Rights Fund of The Collaboration on International ICT Policy for East and Southern Africa (CIPESA).