Biru Terong Initiative: Using the power of video for social change in Indonesia 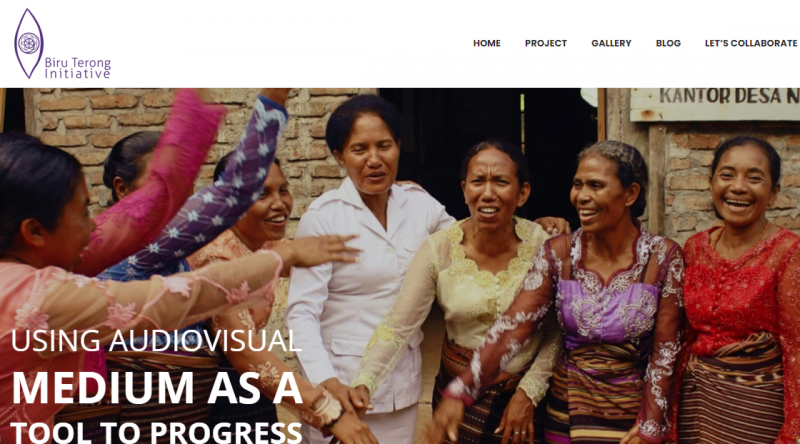 This article by Egbert Wits is from the Video4Change Network, an association of organizations catalyzing the use of video for human rights, social justice and environmental change. This story is edited and republished on Global Voices as part of a content-sharing agreement with EngageMedia.

On a late, rainy, 2020 afternoon in Yogyakarta, Indonesia, I spoke with Vivian Idris, founder of the Biru Terong Initiative which recently joined the Video4Change Network.

While keeping distance, and with some tasty fried bananas and a pot of hot ginger tea between us, Idris explained what Biru Terong is all about. Yet, before I could even ask a question, she started off by expressing how excited she was to join the Video4Change Network.

Ever since joining the Impact Toolkit Co-Creation Lab in Jakarta back in 2019, I felt our work at Biru Terong was strongly connected to Video for Change. From my discovery then—that there’s a network of like-minded organisations, all using the power of video to address social issues and create change—to Biru Terong now actually being part of that network and me meeting with all those other amazing people, this has been really exciting and stimulating.

Egbert Wits (EW): What videos have Biru Terong worked on that you think advocates of Video for Change should watch?

Vivian Idris (VI): Lately, our team has been working together with PEKKA, an organisation working with women-headed households to empower families across Indonesia. We have been using video to document how women are struggling for their livelihoods while coming up with creative ways to economically support their families. The screening of our footage allowed us to show women in one region of Indonesia how women in other regions were doing and discuss what can be learned from the practices of other women.

EW: How do you practice Video for Change in your work?

VI: We use video to capture the social-economic reality of marginalised groups of society and use that footage to stimulate dialogue and learning. By involving women in the production process, they become more critically conscious of their situation and more outgoing and daring to step up and demand better treatment or more equal rights.

Another element of Biru Terong’s work is the documentation of indigenous and traditional knowledge, as much is lost with the passing of elders. Documenting this knowledge is not just for archiving; in fact, it’s highly relevant to our current way of living. We are witnessing a global resurgence of awareness that the practice of indigenous knowledge is proven to be sustainable for life on earth, benefits our health and happiness, and can teach us many lessons in more equitable economic, social, and cultural practices … and that’s not even addressing the spiritual aspects.

EW: What kinds of stories do you think need more reporting?

VI: Stories of women in disadvantaged positions fighting to sustain themselves and their families while challenging poisonous elements of male-dominated culture that still exist in many places around the world.

EW: What’s one thing you want to share with the Network and the Video for Change community?

VI: When making a video, try to let your own ambitions be for a while. Instead, focus and find inspiration from what you encounter in the field, everywhere there’s amazing work done by people, invisible from the eyes of the rest of the world. These are the stories, most often from women, but sometimes also of men, that need capturing as their potential to inspire is boundless. 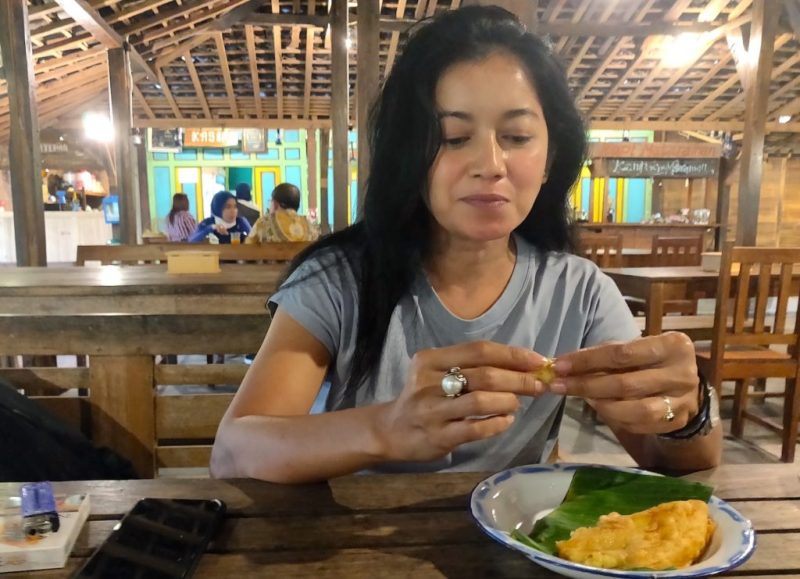 EW: What’s next for the Biru Terong initiative?

VI: We look forward to potential collaborations with other Video4Change Network Members, but I realise patience is needed for this pandemic to end. Meanwhile, we continue our work with PEKKA. Personally, I’m mentoring a young community of film-makers in Kendal, Central Java, in order to strengthen their video-making skills.

VI: Haha, yes, literally speaking it does. But the name actually depicts a specific colour often used in indigenous weaving traditions I documented in Central and South Sulawesi. It’s a beautiful light purple, an inspiring colour worn by powerful women.

*Egbert Wits is the Learning Manager of EngageMedia’s Video for Change programs.