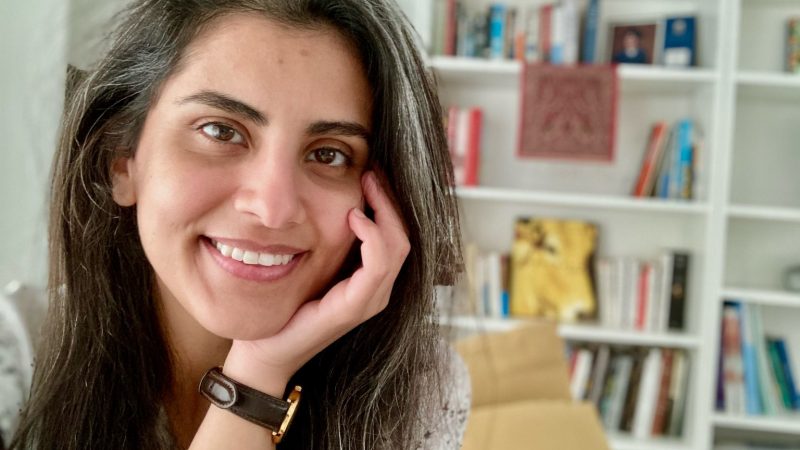 Image shared by Loujain al-Hathloul in her first tweet since her release from prison.

Loujain al-Hathloul, the prominent Saudi activist and campaigner who had been detained since 2018 for demanding an end to the male guardianship system and to the ban on women's driving, was released last week and posted her first tweet since on Wednesday.

Returning with a heart full of gratitude, but bruised from 1001 disappointments. pic.twitter.com/CsM79OLDzb

Loujain, who was abducted from the United Arab Emirates in May 2018, tortured, denied access to family, and kept in solitary confinement for periods of her incarceration, was sentenced to nearly six years in prison on December 28, 2020, by the kingdom’s notorious terrorism court. The six-year term, nearly half of which was suspended by the verdict, is down from the maximum jail term of up to 20 years which the public prosecutor demanded on December 17.

Local press citing the court's ruling said that the 31-year-old Loujain was found guilty of “committing acts criminalized under Article 43 of the Law on Combating Terrorism Crimes“, including engaging with foreign, hostile entities, and using the internet to serve and support an external agenda inside the kingdom, with the aim of harming public order.

Based on the ruling, Loujain's family predicted her release in March, as she had served the majority of her sentence in pre-trial detention.

Her release on February 10 was a development welcomed by politicians and sympathizers worldwide, with her family noting that Loujain remains restrained by a travel ban and limits on public appearances.

Thank you @POTUS! My sister is not free, she’s on a travel ban, and the whole family as well. Her trial is still ongoing.
Thank you again for the support ??❤ https://t.co/R56nrvur03

Released but not yet free. https://t.co/SxB8WOYido

The celebrated release of Loujain is one of several positive legal developments concerning activists and political prisoners in Saudi Arabia, with some being released and others having their sentences commuted.

This shift is attributed to the changes in the White House. The departure of Donald Trump's administration, which overlooked human rights violations in the region, encouraging authoritarian regimes, and its replacement with an administration perceived to be keen on pressing allies to respect human rights, could have accelerated overdue trials and reduce sentences.

The prominent activist's release also encouraged calls for the freeing of other detained prisoners of conscience who are still languishing in Saudi prisons.

However, other trials have not ended yet, and in a disturbing development, the Public Prosecution requested an appeal in the case of Nassima Al-Sada as an attempt to bring about a harsher ruling.

#ALQST calls for the unconditional release of all detainees https://t.co/nfJdPmrzEy pic.twitter.com/gDvf6dH3hn