Images from this year's Ghost Day in Hong Kong 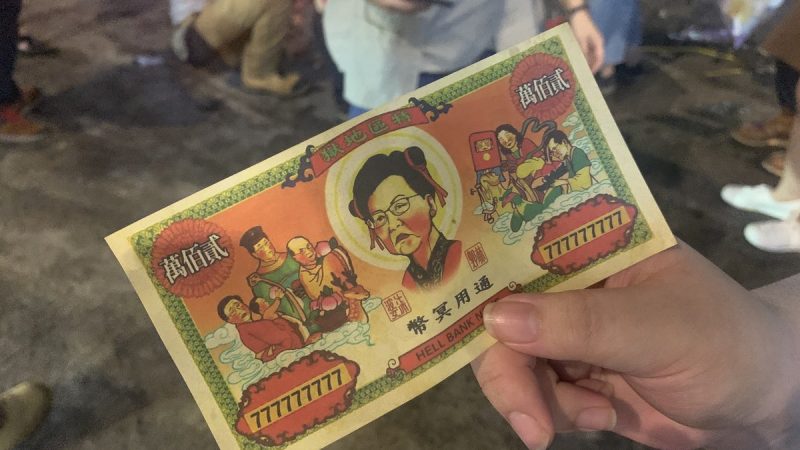 Paper joss with Hong Kong Chief Executive Carrie Lam's face on it. Image by the Stand News, used with permission.

The text below is a translation of a story published in Chinese on the Stand News on September 1, 2020. It is published by Global Voices via a content partnership.

During this year's Hungry Ghost Festival on September 1 and 2, a group of Hong Kong artists made use of the occasion to vent their political frustrations.

In Chinese folklore, the entire month of July in the Chinese lunar calendar is Ghost Month, while Ghost Day is on either the fourteenth or fifteenth day of that month.

The legend says that, during Ghost Month, the gates separating the evil realms are open and hungry ghosts wander the living world. Some take the opportunity to pay visits to their loved ones — or take revenge on their enemies. Ghost Day is the day the living are able to communicate with the dead.

In many Chinese cultures, people burn incense, joss paper, papercrafts in the form of clothes, gold and even mobile phones for the visiting spirits during Ghost Month. This traditional ritual is considered to be a demonstration of respect to one's ancestors — and a cathartical release of repressed feelings towards the dead.

This year the lunar year July 14 ghost day is on September 1 and a group of Hong Kong artists gathered at Nullah Road Garden in Prince Edward to burn and offer their handmade paper artworks to the wandering spirits. The performance, spearheaded by local art collective C&G Artparment since 2016, has political underpinnings; it is called “Burning the audit book” (燒數薄), which can also mean “fuck your mother” in colloquial Cantonese. 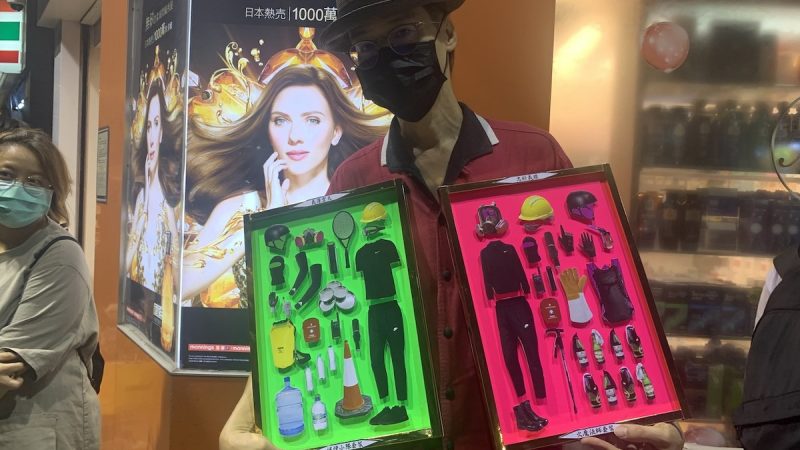 Kacey Wong made two sets of protective gear for his future spirit. Image by the Stand News, used with permission.

Artist Kacey Wong made two sets of protest gear containing a yellow helmet and a gas mask, among other equipment used by the “Fire Wizards” — the protesters who throw firebombs — and the “Smoke Extinguishing Teams” — those who specialize in deactivating tear gas canisters. Both groups have been on the front lines of the year-long anti-extradition protests in Hong Kong.

Wong explained the idea behind his papercrafts:

I admire the Fire Wizards and Smoke Extinguishing Teams very much. They have risked their lives to fight for democracy and freedom in Hong Kong (…). In real life, I don’t have the courage to throw bricks or firebombs, but I hope I could do so after I am dead. That’s why I am now burning for my own spirit in the future.

In real life, the martial force between the state and the people are too unequal, so I hope the gammon bombs can be used for self-protection in the lower realms. 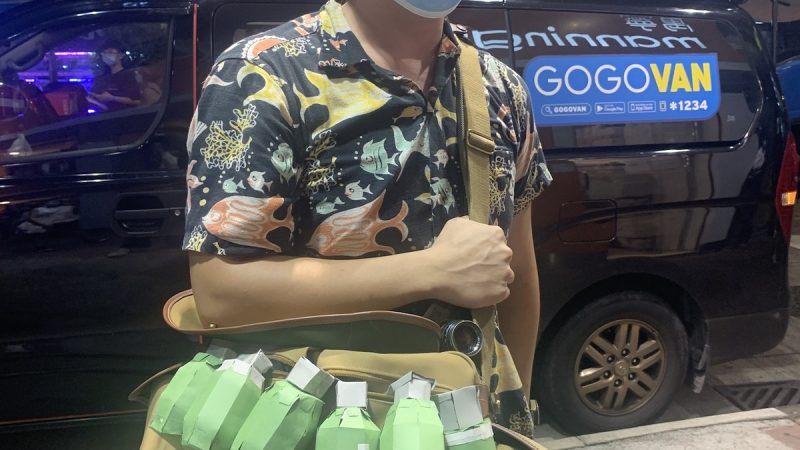 In addition, the three ballot boxes are written numbers representing three incidents of great significance to Hongkongers: 8964, 721 and 831. 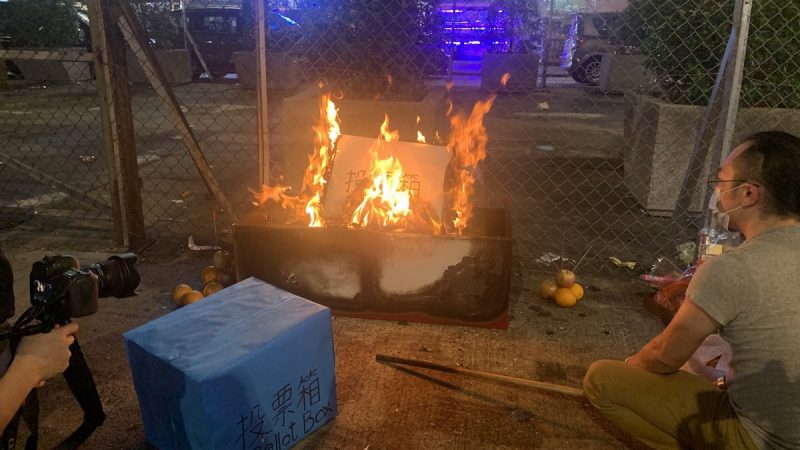 The number 8964 represents June 4, 1989, when one million Hongkongers protested in response to the Chinese government's deadly crackdown of peaceful democracy demonstrations in Beijing.

July 21, 2019, is the date of the Yuen Long subway attack, when a pro-Beijing mob attacked subway passengers with the silent consent of the police.

And 831 represents the Prince Edward subway attack on August 31, 2019, when riot police officers cracked down on subway passengers while attempting to arrest protestors on their way home

The artist said that the memories of those incidents cannot be erased.

Last week, the Hong Kong police arrested 12 people in relation to the Yuen Long subway incident on suspicion of “rioting.” Among those detained was lawmaker Lam Cheuk-ting, who on that day was injured by the pro-Beijing mob. Activists accuse the police of rewriting history and turning victims into executioners.

Artist Li Man-ho made a big Winnie the Pooh wielding a mace. The cartoon figure has been widely used by netizens to mock Chinese President Xi Jinping. 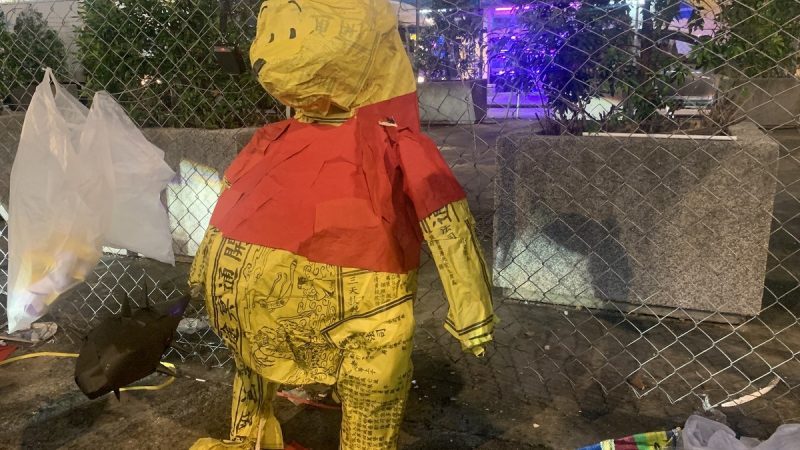 Other papercrafts with strong political symbolism in Hong Kong were seen, such as helmets, masks and deer – “calling a deer a horse” is a Chinese idiom that means turning black into white. Deer, hence representing the truth. Many of them were burned with joss paper printed with Hong Kong's Chief Executive Carrie Lam's face.

C&G Artparment's Curator Clara said the satirical performance is a stage for people to voice their discontents and release frustrations:

In the real world, no one answers our demands, so we have to seek other channels, such as communicating with the ghost realms.