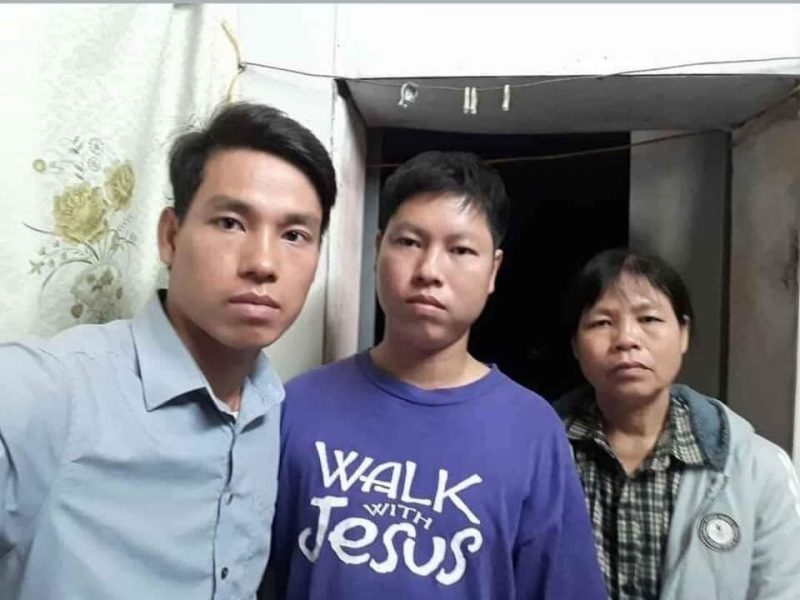 L to R: Trịnh Bá Tư, Trịnh Bá Phương, Cấn Thị Thêu. They were arrested by the police on 24 June and later charged for “conducting propaganda against the state.” Source: Facebook – Viet Tan

This article was originally published on Loa, a news website and podcast on Vietnamese news by Viet Tan. An edited version is published below as part of a content-sharing agreement.

In the early morning of June 24, land rights activist Trịnh Bá Phương narrated his impending arrest in a video posted to Facebook.

Both uniformed and plainclothes police are surrounding my house. It is 5:30 am. I think they are going to arrest me today.

As I have said in my will, I have no intention of committing suicide if I am arrested. I am very healthy at the moment, without any signs of illness. If I die in a police station or detention center, it is because the police killed me.

Security police forcibly broke into Phương's property and arrested him shortly after. The same day, authorities arrested his mother, Cấn Thị Thêu, his brother, Trịnh Bá Tư, and another activist, Nguyễn Thị Tâm. All four activists were outspoken about the clash in Đồng Tâm in January, when security police raided the home of an elder village leader and killed him. Phương had met with diplomats of the US embassy in February to discuss what had happened in Đồng Tâm.

Trịnh Bá Phương’s wife had given birth to their second child just four days prior to his arrest. In the video posted on Facebook, he briefly turned the camera to his newborn child, who was sleeping.

Citizen journalist Nguyễn Anh Tuấn shares on Facebook that he had spoken with Phương at the end of May and that Phương had predicted that something bad would soon happen to him, but didn’t want to go anywhere because he wanted to be with his wife and children when they needed him most.

The Vietnamese government also arrested two other activists on June 24 because of Facebook posts critiquing the state. This series of arrests come just weeks after the arrests of three journalists in what human rights groups are calling a crackdown on activists ahead of the 13th National Party Congress.

Human Rights Watch reported at the end of last year that Vietnam had more than 130 political prisoners. Other NGOs, such as Defend the Defenders, recently placed that number at almost 250 political prisoners. Among those detained are land rights petitioners who are fighting to protect their land from seizure by the authorities.

Listen and watch to Loa's reporting about the arrest: