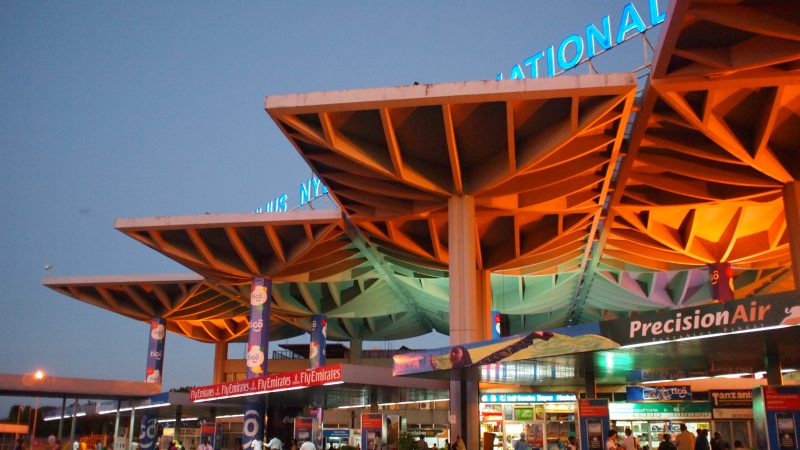 Tanzanian officials said they had not been officially notified of the United States’ decision to add Tanzania to their latest travel ban list.

On January 31, 2020, the Trump administration confirmed an extended travel ban on six additional countries, citing global security concerns: Nigeria, Myanmar, Eritrea and Kyrgyzstan, Sudan and Tanzania. While the US could not confirm any verifiable terrorist threats, the US singled out these countries for their alleged lack of cooperation when it comes to “information-sharing” and “identity management.” Restrictions vary according to the country's ability to comply with US protocols on vetting and security measures and will go into full effect on February 21, 2020.

Tanzania's inclusion in the latest US travel ban speaks to the intensifying diplomatic strain between the two countries — which have historically enjoyed a strong partnership as longtime allies and friends — due to Tanzania's rapid decline of human rights.

According to US intelligence, Tanzania does not comply with “established identity-management and information-sharing criteria,” and therefore, its citizens have been suspended from participation in the US diversity visa program — or “lottery.” The US accused Tanzania of not sharing terrorism-related information in particular and also withholding information about possible Ebola cases.

In renewed and tightened protocols, all countries must issue electronic passports for all major classes of travel documents and they must report lost or stolen passports to INTERPOL within 30 days, among other performance criteria.

However, Tanzania has cooperated with the US on taking measures against terrorism in the region governed by its Prevention of Terrorism Act of 2002 and its National Counterterrorism Center (NCTC) — especially after a series of suspected terrorism attacks in the Pwani region in 2017.

The US did acknowledge that Tanzania now issues electronic passports and complies with reporting lost and stolen documents on a monthly basis. But the US also called Tanzania’s process “slow,” “overly bureaucratic,” and “complicated by limited technical capability,” according to the White House statement.

The use of “temporary or emergency identity and travel documents” has complicated immigration-related security in Tanzania. However, the nation recently went through a long and complex process to update its national identification system and streamline its biometric identification registration for SIM card users. While the rollout has been riddled with challenges, the government has been adamant about its strict enforcement.

#Tanzania is known as one of Africa’s most low-key under-the-radar peaceful countries. Granted, many of the elites have multiple passports so this only hurts the little guy..again. But why on earth are we on this list? #travelban https://t.co/It8XW4AzUZ

Just as some Tanzanian citizens were questioning why the peaceful East African nation landed on the travel ban list, some were also applauding the US decision to place a specific travel ban on Paul Makonda, the Dar es Salaam regional commissioner.

The “top Tanzanian official who launched a surveillance squad dedicated to hunting down gay people has been banned by the US from entering the country,” according to the BBC.

Thank you! Human rights violations have been on the rise and the decline has been rapid, catching an otherwise peaceful Nation by surprise!
With increased detention and harassment of journalists, activists and members of opposition parties people of #Tanzania welcome the ban https://t.co/RmUwtXwluj

According to an official White House statement, Makonda and his wife, Mary Felix Massenge, were targeted with sanctions based on Makonda's “involvement in gross violations of human rights, which include the flagrant denial of the right to life, liberty, or the security of persons.”

In his role as regional commissioner, he “has been implicated in the oppression of the political opposition, crackdowns on freedom of expression and association, and the targeting of marginalized individuals,” the statement read.

While the reasons given for the travel ban on Tanzania were not directly tied to human rights, it is possible that the White House move is as much as a diplomatic, political signal to Tanzania regarding its declining human rights situation as it is about security and vetting in the fight against global terrorism:

Netizen Jeffrey Smith, with Vanguard Africa, warned Tanzanian human rights activists not to conflate celebration over the individual travel ban against Makonda with the overall, blanket suspension of all Tanzanian citizens from participating in the diversity visa program, seen to many as “racist” and “xenophobic”:

The visa ban on Paul Makonda due to serious human rights violations and Trump's ‘travel ban’ on six other nations, including Tanzania, are entirely separate policies — it's very important to not conflate them.

Read more: Nigeria on the defensive after US travel ban casts accusations of security noncompliance

The deterioration of human rights in Tanzania has reached a boiling point in the months leading up to the 2020 presidential elections.

In late January, opposition leader Zitto Kabwe of the Alliance for Change and Transparency Party (ACT) wrote an urgent letter to the World Bank urging them to withhold a proposed $500 million United States dollars loan earmarked for education, citing serious concerns over deteriorating human rights under the Magfuli administration — particularly for girls, who are currently banned from attending school if pregnant or parenting.

In the letter, Kabwe stated that “he feared the money would be used by the ruling party ‘to distort our electoral processes’ and ensure an easy victory in an election year,” according to The Guardian. For writing this letter, seen as ‘treasonous” by members of the ruling Revolutionary Party, Kabwe said he has received death threats, according to the BBC.

In the runup to 2020 elections in October, a series of human rights violations and blatant disregard for civil society concerns have activists sounding the alarm — despite reasonable fear of retaliation.

Under the Magfuli administration, journalists, human rights activists and lawyers have been abducted, detained, imprisoned on trumped-up charges and targeted under increasingly draconian laws and measures to quell dissent.

In a scathing op-ed for African Arguments, Kabwe stated that Tanzania, once a “beacon of peace and stability in a region characterized by civil unrest,” was now on the brink of crisis — unless the international community acts soon.