US deems Nigeria 'high risk' in terms of 'terrorist travel' 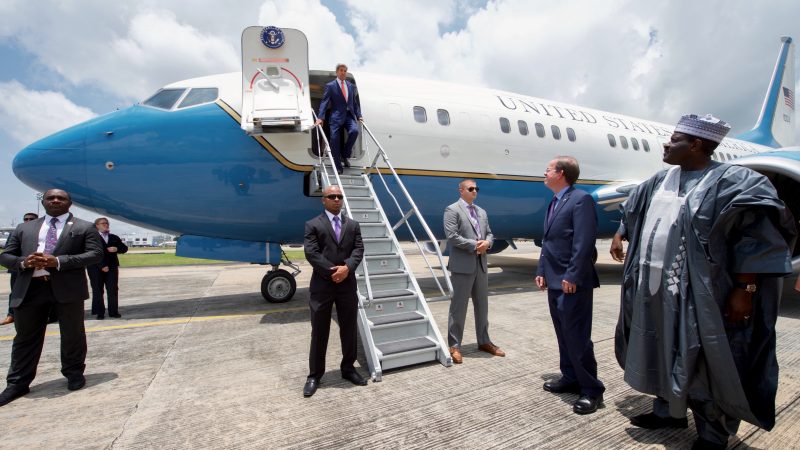 Four of the six countries are in Africa, leading many netizens and critics to call this latest travel ban an “Africa ban” shaped by “racist” and “xenophobic” logic.

They join Syria, North Korea, Iran, Libya, Somalia, Venezuela and Yemen, who have been subjected to a controversial US travel ban since 2017, widely referred to as the “Muslim ban,” because most are Muslim-majority countries.

Citing national security concerns, the United States suspended immigrant visas for citizens of Nigeria and Eritrea while for Sudan and Tanzania, citizens are no longer able to join the US diversity visa program — the “lottery” that grants green cards to immigrants specifically from places with low numbers in the US.

The ban came as a surprise to Nigeria, a major security and trade partner with the US, causing netizens and analysts alike to protest and ponder the ban’s discriminatory nature.

The US could not confirm any verifiable terrorist threat from the African nations listed but they rationalized the ban by citing security concerns regarding “vetting capabilities and processes for detecting attempted entry” under Executive Order 13780 to “protect the nation from foreign terrorist entry” into the US. The ban is predicated on the assessment that these nations have not complied with US security criteria, including “refined performance metrics” and “information-sharing criteria.”

In renewed and tightened protocols, all countries must issue electronic passports for all major classes of travel documents and they must report lost or stolen passports to INTERPOL within 30 days, among other performance criteria.

Based on these criteria, the countries listed in this travel ban “do not comply” when it comes to sharing security-related information and restrictions will be enforced in full effect on February 21, 2020.

Nigeria — Africa’s most populous nation and one of its strongest economies — said it was somewhat “blindsided” by the travel ban news as a strategic partner in the global fight against terrorism.

According to US intelligence, Nigeria does not “adequately share public-safety and terrorism-related information.” Nigeria was also deemed “high risk” in terms of “terrorist travel” to the US.

President Muhamadu Buhari immediately put together a committee to review the travel ban and address several deficits, affirming its commitment to working with the US as a global partner.

In fact, Nigeria just purchased $500 million worth of 12 US-made A-29 aircraft, according to the US Secretary of State.

The US Department of State designates four countries as state sponsors of terrorism: North Korea, Iran, Sudan, and Syria, — because they “have repeatedly provided support for acts of international terrorism.” Nigeria is not one of them.

Little wonder that none of the sanctions officially prescribed by the US Congress on state sponsors of terrorism applies to Nigeria.

The isolated incident of the Nigerian suicide bomber, Umar Farouk Abdulmutallab, who unsuccessfully tried to detonate plastic explosives on board a flight from Amsterdam to Detroit, Michigan, on Christmas Day, 2009, is a case in point where Nigeria has supported the US in its fight against terrorism.

Nigeria worked hard with the US to establish that Abdulmutallab was radicalized in Yemen by Anwar al Awlaki, a radical US-born cleric. Based on this cooperation, then-President Barack Obama ordered a US drone strike in 2011, which killed Awlaki in Yemen.

And Nigeria has recently undergone a major overhaul of its national digital identification system with a focus specifically on ramping up security measures.

If the travel ban was really about deterring terrorists, as claimed, the tourist visa may have been more deserving of restrictions. However, many netizens pointed out that the ban on migrant visas points to Trump’s racist agenda to quell migration from black and brown countries to the US.

With this travel ban, nearly a quarter of the continent will be restricted from immigration to the US. As of 2017,  348,000 Nigerian immigrants currently live in the US, “making Nigeria the top birthplace among African immigrants in the country,” according to Pew Research.

In fact, Nigerians who migrate to the US contribute more than any other immigrant group as the most educated: As of 2016, about six in 10 Nigerians in the US  — about 59% had a bachelor’s degree or higher — “a share roughly double that of the overall American population,” according to Pew Research.

This netizen called out the racism and fear that fueled the decision to include Nigeria in the travel ban:

Trump’s decision to ban Nigerians from being able to settle in the US is the height of his hatred for whatever reason. For a country with statistics that shows it makes up the most educated immigrant group,one would have expected that those are the kind of people America attracts

And this netizen also called the travel ban a “racist policy, period:”

Trump loving Nigerians now claim it’s Nigerians who overstay’s fault. Nigeria overstays are only 15%. Nigerian diaspora in US is one of most educated and prosperous contributing a huge no of Doctor, medical, legal and other professionals. This is a racist policy period!

Nigerians at home and abroad have railed against the travel ban, but Trump has also received high approval ratings in Nigeria, at least until now.

Read more: Why is Donald Trump so popular in Nigeria?

American companies have invested over $1 billion USD in Nigeria in 2018 alone. Just days after Trump announced the expanded travel ban, the US government also repatriated over $308 stashed in the US by a former Nigerian dictator and announced “an additional $40 million in humanitarian assistance” to Nigeria — a diplomatic means of enforcing good behavior.