'When Makame spoke, time stopped. We listened, we learned...' 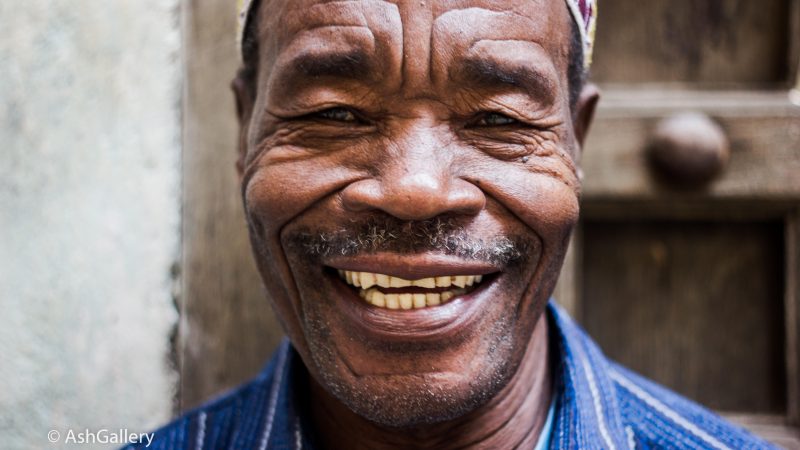 Zanzibar music lovers everywhere are mourning the loss of legendary musician Makame Faki Makame, who died on January 18, 2020, at the age of 77, at Global hospital in Stone Town, Zanzibar, following a brief illness.

Taarab musician Rajab Suleiman with Kithara band was one of the first to announce Makame Faki's passing on Facebook:

It is with sadness that we report the death of our singer Mzee [Elder] Makame Faki. Makame died in Zanzibar this morning after a short illness. Rest in peace, Mzee Makame.

Makame Faki was widely known in East Africa and around the world as the father or king of kidumbak, traditional drumming unique to the islands of Zanzibar. Faki was also a master of taarab, Zanzibar's “national sound,” — a fusion of Arab and African rhythms symbolic of centuries of trade and exchange along the Swahili coast.

Kidumbak style is like “a stripped-down version of orchestral taarab, featuring vocals, violin, sanduku (tea-chest bass), small clay drums (ki-dumbak) and other percussion instruments, such as cherewa, a kind of maracas made from coconut shells filled with seeds, or mkwasa; short wooden sticks, played like claves,” according to Busara Promotions, a music nonprofit in Stone Town, Zanzibar.

Born in Zanzibar in 1943, Makame Faki became one of Zanzibar's most revered and celebrated musicians who toured the world with Culture Music Club, founded in 1958 as one of Zanzibar's oldest and most prolific taarab music orchestras, as well as Sinachuki Kidumbak, a popular kidumbak group.

A musical aficionado, Makame started out playing drums and singing taarab as a young man. He went on to master the violin, oud, flute, maracas and the accordion, playing each with great joy and generosity. Famous from coast to coast for his hoarse, baritone voice, he earned the nickname, “Sauti ya Zege,” or “Gravelly Voice.”

Perhaps no other song exemplifies the swoon and tenderness of taarab poetry than this taarab classic, “Mazowea Yana Tabu,” or “Old Habits Can be a Burden,” performed by Makame Faki:

Like many taarab laments, this song speaks to the pain and heartbreak of love:

Old habits can be a burden / When we have become so alike.

It is our habits and our likeness / That tears us apart.

Can you not see the reason why / We are so dishonest with each other?

I lie awake all night / As you haunt me.

I have lost my mind calling out your name.

Fans, friends and family flooded social media as soon as the news broke to mourn the loss of Zanzibar's musical giant with an enormous heart and epic smile.

Makame Faki has gone on ahead of us.

For a long time, he was the star of the “kidumbak” taarab style that allowed fans to dance and his songs were usually mipasho [captivating, direct]. He had been a member of Culture Musical group for several years and later formed a recording studio.

Yusuf Mahmoud, the chief executive officer of Busara Promotions and founder of Sauti za Busara (Voices of Wisdom), Zanzibar's largest music festival, worked closely with Makame Faki over the years. Mahmoud told Global Voices that “it will be a long struggle for us all to come to terms with this epic loss:”

I was with friends at breakfast when I heard Makame had passed. I was speechless; unusually completely lost for words.

In 2013, the Swahili Coast lost Bi. Kidude [Fatuma binti Baraka]. This morning, we lost another legend.

Makame Faki was a legend. He was a rock and foundation for Zanzibar music. One of taarab music's leading singer-songwriters and musicians, aka Sauti ya Zege, he was a truly unique and brilliant entertainer. … He featured many times on stage at Sauti za Busara and had been scheduled to perform at next month's 17th edition.

I had the pleasure to accompany him on tours to Lamu, Kenya, Europe, and the Caribbean, where his personality, warmth and charisma touched everyone. Between regular international tours, he would often be seen performing at local weddings, or visiting Zanzibar's Dhow Countries Music Academy (DCMA), to share advice and encouragement with students, always stressing the importance and value of our unique music and cultural traditions.

Makame Faki had the widest and most heart-warming smile on the island; he brought joy in bucketfuls to the people around him. When Makame spoke, time stopped. We listened, we learned — perhaps more so as his stories always came with riotous laughter.

With thanks to the Almighty, Makame Faki's spirit lives on, and so does his music.

His unique voice, grand performance and his great contribution to the musical tradition of Zanzibar will continue to be an inspiration.

Another fine musician returned to the ancestors. Mzee Makame Faki, violinist and vocalist of Zanzibari ensemble Culture Musical Club died yesterday. In this clip he's the more wrinkled-looking fiddle player next to the oud https://t.co/lHzJP8iI4y

In 2002, near the age of 60, Makame Faki became a fixture at the DCMA, Zanzibar's one and only music academy, whose mission is to preserve, promote and protect Swahili cultural heritage through traditional music in Zanzibar.

On the day of his passing, DCMA managing director Alessia Lombardo wrote on Facebook:

Mzee Makame Faki: I wish to wake up and realise that this is only a dream — a bad dream. … Thank you for giving us the strength to continue and not give up. Thank you for your words! ‘My dear, you are doing very big work, the world still needs DCMA.’

As a teacher and artistic adviser, Makame Faki championed traditional genres unique to Zanzibar, such as kidumbak and taarab, and often warned that if young people abandon these forms, the arts will cease to exist.

Read more: Zanzibar's one and only music academy on the brink of closure

In the 2018 documentary “Audiovisual Ethnography: Music and Heritage in Zanzibar,” produced by students and professors with New York University's Abu Dhabi Arts Center, Makame Faki talked about the importance of preserving Swahili cultural heritage through music and his reasons for working so closely with the DCMA:

Makame Faki Makame: Father of #Kidumbak — by @NYUADArtsCenter Asante sana, We will always remember our teacher, father, friend to all in #Zanzibar. https://t.co/yEUMsizgIa

In the documentary, Makame Faki had a message specifically for next-generation musicians: “For those who study music, if they are not careful, the art will get lost. … Because you are the mirrors and you are the pillars. But if you engage in other things, then the art will not exist,” he said.

In the whole of Africa, there is no other country that plays taarab and kidumbak like we do. … Taarab only remains in Zanzibar. We must preserve it and ensure its continuity.

Makame Faki Makame will be buried on Sunday, January 19, 2020, in the village of Gamba, at 10 a.m. (East African Time) with a procession leaving from the Culture Music Club in the Vuga neighborhood, in the early morning.