"Every time you resist, you reinforce your identity" 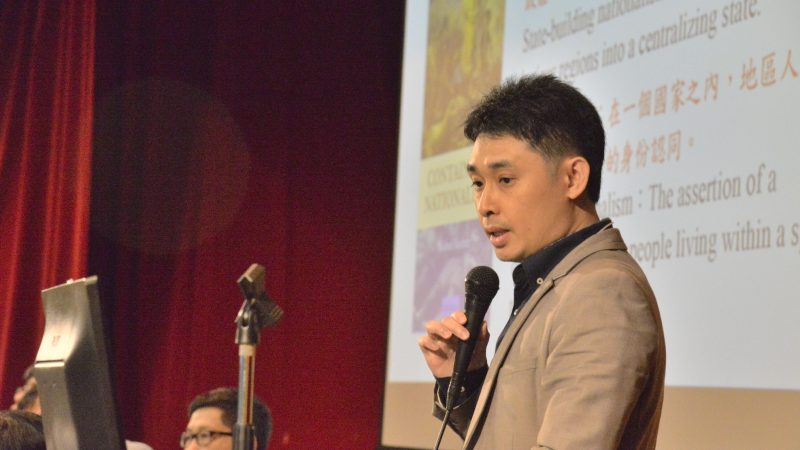 The Hong Kong anti-extradition protests have evolved into a movement against Beijing's political encroachment. While the Chinese government calls the protests a separatist movement, local political science scholar Brian C.H. Fong, addresses Hong Kong's political status under Chinese rule and the city's democratic aspirations through a different lens which compares Hongkongers to a stateless nation and calls Hong Kong an undemocratic autonomy.

Parallel to the pro-democracy movement, a new collective national identity seems to be rapidly growing in Hong Kong. The last poll published in late June by the Public Opinion Programme at the University of Hong Kong (HKUPOP) highlighted this upward trend in identity sentiment observed in the last decade among Hong Kong citizens. According to the latest available data, 53% of those surveyed identified themselves as Hongkongers, while only 11% feel Chinese. Both percentages are the highest and lowest since the sovereignty of the territory was transferred to China.

The author, Violeta Camarasa, interviewed Brian Fong about his views on the Hongkonger identity and its relationship to the city's democracy movement. The interview was firstly published in the Catalan news outlet El Temps in Catalan and republished in English on Global Voices with the magazine's permission.

Violeta Camarasa (VC): In your research work, you have argued that Hongkongers are a nation without a state, and that their political status can be compared to that of Catalans or Scots. What are the main arguments you use to defend this view?

Brian Fong (BF): The academic term, stateless nation, is one of the concepts that I use which applies to both Catalonia and Hong Kong, and other places around the world in similar circumstances.

VC: In your opinion, since when can we consider Hong Kong a nation with a specific collective identity? Why?

BF: After the establishment of the People's Republic of China in 1949 and during the Cold War between the Soviet Union and the U.S, Hong Kong was situated along the “bamboo curtain”, which separated communist China from the capitalist countries in Asia. As an ally of the U.S, the British government tightened immigration controls between China and Hong Kong. People who took refuge in the city from Chinese Civil War (1945-1949) and the Chinese Communist Party regime had gradually settled in as permanent residents. By the 1970s, a majority of Hong Kong residents were not immigrants but born locally. People have started to identify themselves as Hongkongers rather than Chinese. Such identification has also been reflected in Cantonese popular culture. As a capitalist city, Hongkongers enjoy more civic freedoms and the way of life in Hong Kong is very different from life in China.

The unique economic, social and cultural status of Hong Kong was “codified” by the 1984 Sino-British Joint Declaration and the 1990 Basic Law. And on 1 July 1997, when Britain handed over Hong Kong to China, a young stateless nation called “the Hongkongers” has been attached in the package.

VC: Could you briefly explain the main features of this new Hong Kong’s collective identity and its evolution in the last decade?

BF: In recent years, especially after the mass protest rally against the enactment of national security law in Hong Kong in 2003, Beijing’s efforts to strengthen political control and assimilate the population have helped consolidate the identification of Hong Kong people as Hongkongers rather than Chinese. The more Beijing tries to undermine Hong Kong distinctiveness, rule of law and civic freedoms, the more Hong Kong people resist. And every time you resist, you reinforce your identity. This is why Hong Kong identity is becoming stronger.

VC: How would you explain the generational clash as seen in the latest round of pro-democracy movement triggered by the anti-extradition protests?

BF: Young people have a much stronger sense of Hongkonger identity, which also means a stronger interest in seeing Hong Kong become a fully autonomous territory. Many of those who are now in their 50s and 60s still identify themselves as Chinese or “Hong Kong Chinese”. But starting from my generation, those who are now in their early forties or late thirties, most of us exclusively identify ourselves as Hongkongers.

A clear indicator is how the young people are very actively demanding international support for their cause in order to counteract Chinese influence. The older generations, even if they are pro-democracy, they would have a lot of reservations to internationalize Hong Kong’s opposition movement due to their Chinese identity. But for young people, their top priority is to defend Hong Kong ’s interests.

VC: The Cantonese language is a very important element of this distinctive identity, which is something Hongkongers have in common with other peoples like the Catalans or the Scots. How would you explain the evolution of attitudes towards their own language?

BF: Identity is about distinctiveness. How a group of people is different from another group of people. Young people are more and more eager to highlight the distinctiveness of Hong Kong as opposed to mainland China. In the past, pro-democracy movements had focused on the defense of civic liberties, human rights, etc. in both Hong Kong and mainland China. Now young people combine the defense of core values with local cultural features, like Cantonese language and the use of traditional Chinese characters in writing. There are more and more people concerned with the preservation of Cantonese. Some are devoting their professional lives to promote and even teach Cantonese to foreigners. This is extraordinary, we could have never imagined this 10 years ago.

VC: One main difference with Catalonia is that Hong Kong has never been a sovereign territory, yet it has enjoyed a wide range of autonomous power. What exactly are Hongkongers struggling for?

BF: That’s true. Compared to other stateless nations like [Catalonia], we have extraordinary autonomous power: we have our own government, our legislature, our own currency, our own passport… we can even sign international treaties with any foreign country! But Hong Kong's autonomy has a very big problem: its autonomous powers are not directly exercised by the people of Hong Kong through a representative democratic government. I call it an “undemocratic autonomy”, with a government handpicked by Beijing.

Hong Kong’s autonomy was formally established in the 1984 Sino-British Joint Declaration, and later on in 1997 in the Basic Law, the constitutional document for the HKSAR. Both documents were the result of negotiations between former colonial power Great Britain and the PRC, without participation of the Hong Kong people. Because in practice Hong Kong has very extensive autonomous powers, what we have missed so far is democracy, a truly democratic self-government being accountable to the Hongkongers.

VC: The pro-democracy movement has been calling for international support, especially from the U.S. Do you think intervention from a foreign power could make things even more difficult for Hongkongers?

BF: Hong Kong is an interesting case, not only because it is an undemocratic autonomy, but also because of its “internationalized autonomy”, I’d say. Even if Hong Kong’s sovereignty corresponds to China, there are many international interests in Hong Kong. The US has had a strong presence here ever since the Cold War. This is also part of Hong Kong’s singularity as a bridge between the East and the West. Hong Kong’s situation is not a simple central government-peripheral region conflict, it is also a geopolitical conflict.

VC: You have argued that in the coming years we will see more and more US-China confrontations in Hong Kong as a “new Cold War” develops between the two world powers. Could extending HK’s self-government be a way of balancing both powers?

BF: Yes. In order to balance the interests of China, the U.S. and Hong Kong people, the city needs a truly democratic self-government that can represent the interests of Hong Kong people and also understand the complexity of geopolitics. And we also need China and the US to be ready to make concessions and exercise a certain degree of self-restraint when defending their interests in Hong Kong.

VC: Is there hope for democracy in Hong Kong?

BF: I want to believe that Hong Kong will manage to navigate between the two superpowers in this “new Cold War”, this is why Hong Kong is Hong Kong. In the long run, I believe that we Hongkongers should be able to achieve full and democratic autonomy, but the struggle will be long and harsh.