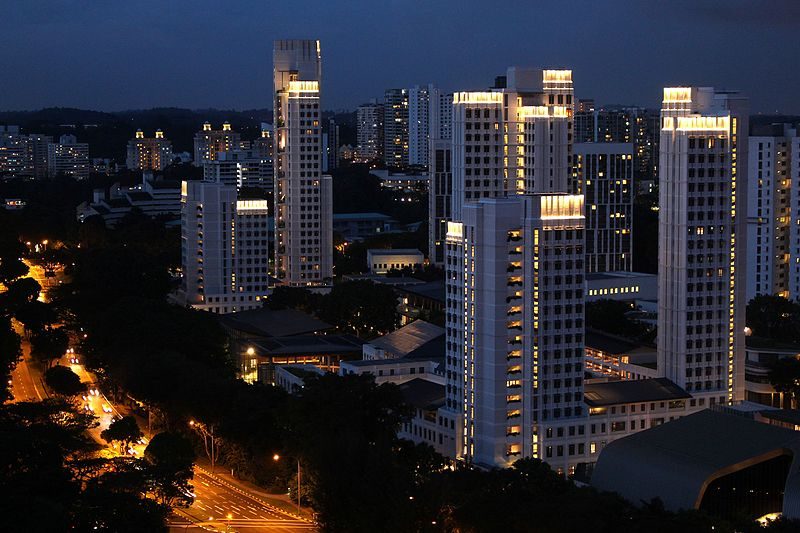 The Yale-National University of Singapore College of Liberal Arts (Yale-NUS College) has canceled a class on dissent that would have directly involved students with some of Singapore’s activists, critical artists, and independent journalists.

Yale-NUS initially approved a class titled ‘Dialogue And Dissent’ to be led by playwright Alfian Sa'at in tandem with a faculty member. It is part of the Learning Across Boundaries program of the college scheduled to run from September 29 to October 5.

On September 13, the college informed students who enrolled in the class that the topic had been scrapped.

The project in question does not critically engage with the range of perspectives required for a proper academic examination of the political, social and ethical issues that surround dissent.

The fundamental reason why we took the decision we did was risk mitigation, particularly for international students, who could lose their student pass for engaging in political activity.

Aside from lectures and workshops, the class was supposed to feature interviews with activists. A film documentary on Hong Kong protest leader Joshua Wong was also part of the program.

Chuan-Jin Tan, speaker of Singapore’s parliament, questioned the rationale of offering this kind of program to students:

Given what is happening in Hong Kong and elsewhere, do we believe that this is the way to go? Is this the liberal education that we need to get us into the future?

But Alfian Sa'at clarified that the class was meant to spark a discussion about dissent and not to organize a public protest:

It is designed to guide students to think about dissent in Singapore. What is a dissident? Why does the media persist in labelling certain individuals or groups as ‘troublemakers’? Who are they making trouble for?

One of the best ways to get these insights is to meet some so-called dissidents face to face. To give the students unfiltered access. Why is your art or cause so important to you? What do you consider acceptable risks? What are the creative tactics you have used to express dissent WITHIN the bounds of the law?

In Singapore, public protests can only be held in a designated place called Speakers’ Corner located within Hong Lim Park. Foreigners are barred from participating in political causes.

News about the cancellation of the class prompted Yale President Peter Salovey to issue a statement of concern about the decision:

In founding and working with our Singaporean colleagues on Yale-NUS, Yale has insisted on the values of academic freedom and open inquiry, which have been central to the college and have inspired outstanding work by faculty, students, and staff…Any action that might threaten these values is of serious concern, and we at Yale need to gain a better understanding of this decision.

Established in 2013, Yale-NUS is a collaboration between Yale University and the National University of Singapore.

The issue also highlighted the state of political freedom in Singapore. The People's Action Party, which has been in power since the 1960s, is accused of implementing harsh policies and laws that stifle dissent, undermine media independence, and persecute opposition forces.

Daryl Yang, a graduate of Yale-NUS, lamented that a workshop on dissent can be considered an exercise in “liberal” radicalization.

I was disappointed that we even needed to have a course to learn how to dissent and resist. It reminded me of the pathetic state of affairs in our society, that university students have to be taught how to be socially engaged and democratically responsible citizens.

Kirsten Han, an activist and journalist who was scheduled to give a talk in the canceled class, noted the contradiction surrounding the existence of a ‘liberal college’ in an authoritarian country.

The issue about exposing students to legal liabilities and operating within Singapore laws also points to one of the major criticisms of @yalenus from the beginning: that it’s a liberal arts college in an authoritarian country where civil liberties is not respected.

Elections are coming in #Singapore, so the government and ruling party are hypersensitive to such events. The irony of a liberal arts college in an authoritarian state. https://t.co/NlmzalGgNf

Filmmaker Lynn Lee has a suggestion for Alfian:

Maybe Alfian should have included a module called “Obedience and Compromise”, or “Strategic Sucking Up”. Because apparently, a “range of perspectives” is very important at Yale-NUS.

For me, the idea of dissent is a simple one. It is the art of saying no. Not just saying no to the state but also to certain ideologies, practices, ways of thinking and doing. If we cannot make space and listen to the person that says no, then democracy dies. It’s that fundamental.