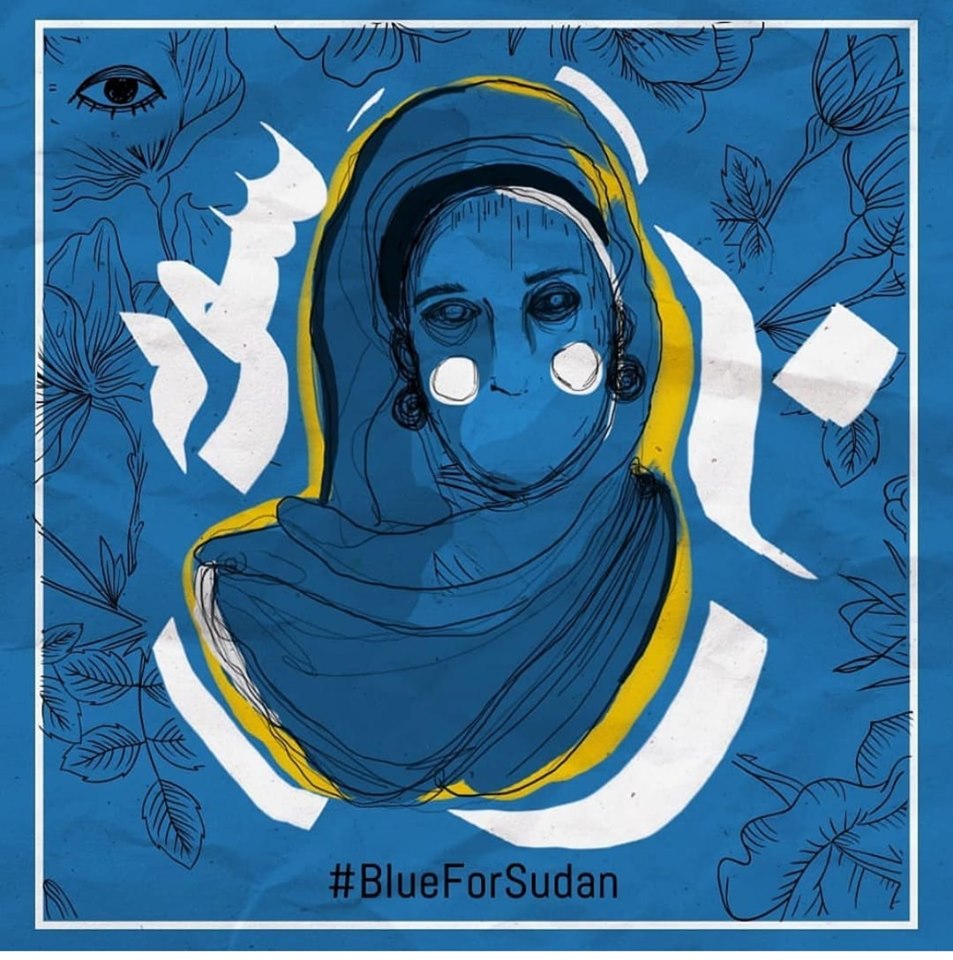 Since April's military ouster of President Omar Al-Bashir after 30 years in power, pro-democracy protesters’ attempts to negotiate a transition to civilian rule with Sudan's Transitional Military Council (TMC) have faltered, stalled and then broken down.

On June 3, Sudan's Rapid Support Forces (RSF) launched a brutal attack on peaceful protesters in Khartoum, the capital. The RSF is made up of veteran militia members of the notorious “Janjaweed,” a paramilitary group operated by the government under Bashir that carried out genocide in Darfur.

The two-day crackdown in front of military headquarters in Khartoum left 112 people dead and more than 700 injured. Among them were 12 children. Doctors say up to 70 people were raped during the attack. The dead were thrown into the Nile from the Blue Nile Bridge during the night, according to multiple reports. Exact numbers are difficult to verify due to a lack of cohesive cooperation with authorities.

Mohammad Mattar, 26, is just one of many protesters shot and killed by the RSF during the sit-in. He had traveled home to Khartoum from London, where he had graduated as an engineer. He was shot while protecting two women during the protests, according to various reports circulating on social media.

To cope with their grief, Mattar's friends began a social media campaign asking people to change their profile pictures to shades of blue in solidarity with protesters’ pro-democracy struggle. They say Mattar's favorite color was blue and it was the color he had on his profile pictures the day he died.

And a “blue wave” has washed over social media platforms. The color blue has come to symbolizes all who have lost their lives during the uprising.

“Mattar was kind, caring … he had a white heart,” said one friend in a BBC video on Mattar and the social media campaign. Abdullah Al Fazh said Mattar was “the kind of person you only meet once in life.”

Mattar's friends changed their profile pictures blue simply to remember him, but over the last few days, #BlueforSudan has become a globally trending hashtag. Celebrities like Trevor Jackson and Rihanna helped the hashtag trend worldwide.

Read more: Sudan’s democratic spring is turning into a long and ugly summer

Thousands have turned their profile pictures blue on social media in honor of Mattar and Sudan's pro-democracy struggle:

Those who are taking part in spreading #BlueForSudan. The color blue came from a warm hearted, martyrs known as, Mohammed Hashim Mattar, my cousin who has passed away on the 3rd of June, as he was standing proud. Blue was his fav color, which now presents unity.??

Why #BlueForSudan? The movement was started by grieving friends of Mohamed Mattar, who had travelled from London to Khartoum, reportedly shot by military forces while protecting two women in the crackdown. Blue was his favourite colour.

(You should be paying attention to Sudan)

In solidarity with my sisters & brothers of #Sudan.
Accounting for more than 2/3 of the population, young ppl are Sudan’s biggest hope.
I join activists from all over the word to call for the end of violence & demand the protection of the rights of Sudanese youth! #BlueForSudan pic.twitter.com/9xSG6biSYN

#BlueForSudan ?? “Until bigotry and prejudice and malicious and inhuman self-interest have been replaced by understanding and tolerance and good-will… the African continent will not know peace.”

One Twitter netizen recognizes that campaigns like these “won't save the world” but that it will raise awareness and let the protesters in Sudan know they're not alone:

Maybe #BlueForSudan won't save the world, but it will raise awareness about a terrible issue that would otherwise go unspoken and *hopefully* let the people of Sudan know they are not alone.

Be their voice when they don't have one. pic.twitter.com/hRBKworUpQ

This netizen urged people to go beyond a profile pic color change and take further action:

#BlueForSudan
This time we must all act. There are so many ways to do something. Engage on social media, ask the official you know in your country what they are doing. Write to media folk. Whatever you do, don’t do nothing else you will one day ask yourself ‘what was I doing? 2/3 pic.twitter.com/YVVN6zplux

Meanwhile, Mattar's family has created its own Twitter account called “MattarBlueMovement” to keep the legacy of his spirit alive:

This page is created by the family and friends of Mohamed Hashim Mattar to keep the martyrs alive and honor their memory. This is only the beginning. This is the movement. #MattarBlue #BlueForSudan

Read more: Women are leading the protests in Sudan

In the aftermath of the RSF attack, several military officers were arrested and the TMC launched an investigation, admitting wrong-doing, according to The Guardian:

Sudan’s military rulers admitted that security forces had committed abuses during the attack on the camp. They appear to have been spontaneous as frustration grows after opposition leaders called off a general strike intended to force the generals to agree a transition to civilian rule.

But protesters are wary of the TMC's gestures of reconciliation to resume talks, saying that trust with the TMC is broken after they abused their power in the June 3 dispersal. Instead, protesters have demanded an independent investigation into the massacre.

Award-winning Sudanese filmmaker, Hajooj Kuka (“Beats of the Antonov”), took part in the sit-in and was also wounded. He says “the reports of mass rapes are true and consistent with what we have been seeing on the ground,” to City Press.

The TMC continues to hold onto power, with financial aid from Saudi Arabia and the United Arab Emirates in the amount of $3 billion.

A 12-day internet shutdown has made it difficult for the Sudanese Professionals Association (SPA) and other protest coalition members to continue to organize protests on social media, but protests in Khartoum and the city of Port Sudan continued as of Friday, June 14, through word-of-mouth and SMS messages. These, too, have been met with ammunition and brute force.

The hashtag #IAmTheSudanRevolution, endorsed by the SPA — a leading voice in the protests whose members have stood at the frontlines of negotiations — is also trending:

BBC's Africa editor, Fergal Keane, interviewed eyewitnesses who describe how the massacre had one aim: “to break the revolution by traumatizing.”

The RSF's violence exhausted and nearly broke the spirit of protesters — which makes the impact of social media campaigns such as #BlueForSudan particularly important for building bridges between protesters and the rest of the world.