Winning Taiwanese director calls for independence at the Chinese Oscars 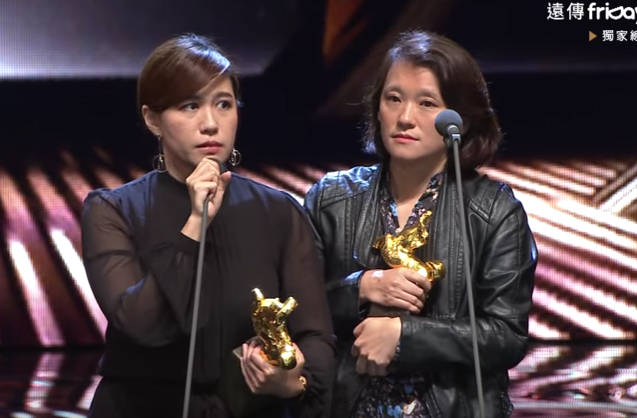 “I really hope one day our country will be regarded as an independent entity. This is my biggest wish as a Taiwanese.” With those words, spoken onstage amid tears at the Golden Horse Film Festival and Awards on November 17, Taiwanese filmmaker Fu Yue caused a firestorm about her country's political status, one that provoked reactions from prominent political figures and other celebrities from Chinese speaking communities in Taiwan, Hong Kong and mainland China.

Her film “Our Youth in Taiwan”, an account of two students who took part in the 2014 Sunflower Movement, won Best Documentary in what is commonly called the “Chinese Oscars” — a traditional award's ceremony that takes place in Taiwan every year since 1962, and where films from the People's Republic of China regularly compete.

Although a loud cheer followed her acceptance speech, some were upset with Fu's pro-Taiwan independence remark and took the chance to protest too. Chinese actress and jury chair Gong Li refused to present the award for Best Feature film; as mainland actor Tu Men handed over the award for best actress onstage, he said that he was honored to be present in “Taiwan, China”, and that he felt like he was part of “one big family on both sides of the strait”.

Reports say that many mainland Chinese award attendees departed early, allegedly in order to avoid been seen in the post-award party.

Many are worried that the incident could prompt China to boycott the Golden Horse Awards from now on, which could mean its end. Such worries are not baseless. Chinese President Xi Jinping has spoken firmly against Taiwan's independence on many different occasions since Tsai Ing-wen and her independence-leaning Democratic Progressive Party (DPP) won the Taiwanese presidential elections in 2016. In his speech to the 19th Party Congress in 2017, he said:

We have firm will, full confidence, and sufficient capability to defeat any form of secession plot by Taiwan. We will never allow any person, any organization, or any political party to split any part of the Chinese territory from China at any time or in any form. 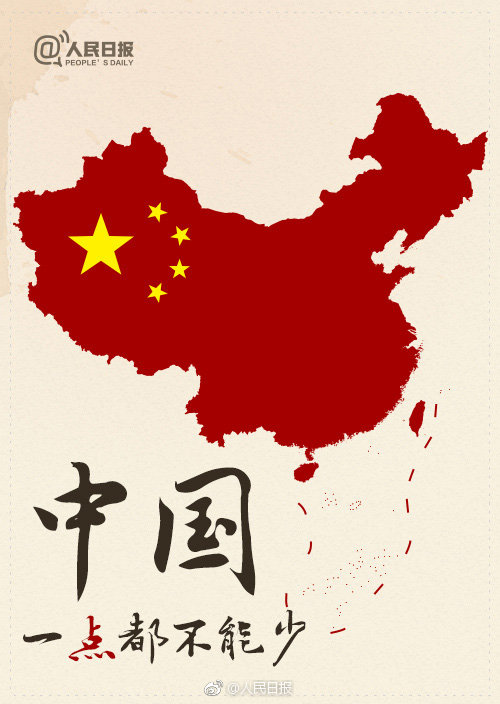 Not surprisingly, almost immediately after Fu received her award on Sunday, Beijing cut off live coverage of the event on both TV and internet live-streaming platforms. Chinese CPP-affiliated media, including the China Daily and the Central Communist Youth League, reacted by posting a patriotic poster — which says “China can't be less”, alongside a map featuring China, the nine-dash-line, and Taiwan — on their social media pages. Their posts have received many positive responses from a number of celebrities from mainland China, Taiwan and Hong Kong over the past days.

Outside China’s great firewall, many netizens flooded Fu Yue’s Facebook page with angry comments. The young film director addressed them calmly and expressed hope that genuine communication emerge from the storm. Also on her Facebook page, she said:

In response to many netizens (majority from mainland China) leaving thousands of comments with name-calling and personal attacks, I am actually neither angry nor upset.

Many media outlets reported that “Our youth in Taiwan” is a documentary about the Sunflower Movement, but it is only one of the themes. The “Our” in the film title refers to a Taiwan student, a mainland Chinese student and myself. It not only recounts what we had gone through in the social movement. My idea from the very beginning was to explore whether it was possible for young people from Taiwan, Hong Kong and China to have dialogue and to develop mutual understanding of their national identities and political stands so that they can find ways to work together?… Since last night, many friends said: “the online comments are mocking your original intention. While you wanted to open a dialogue, you're now receiving thousands of name-calling comments”

However, I don’t see it this way.

The civil societies in China and Taiwan have developed a lot of misunderstanding and hatred for each other over the past decades. I want to address the problem through my work. The current situation should not be viewed as the end but as the beginning of another round of conversation.

Last night, during and after the awards, some presenters and winners kept saying “Taiwan, China” and “one big family across the straits”. I respect their view, but I can’t agree.

I can understand that some of them said it because they didn’t have a choice, or out of fear. For those who genuinely believe in what they've said, I sincerely invite them, as well as those mainland Chinese netizens who flooded my Facebook, to watch my film when they have a chance.

My speech is not an emotional outburst and definitely not “instructed by the Democratic Progressive Party”, as suggested by some mainland Chinese netizens. This is what I wanted to say about this documentary.

Some netizens have said: “From now on, you have no place in the film industry and can never step foot onto the China movie sector.” Of course, it's a pity that I may lose the opportunity to exchange with so many excellent filmmakers from China, but I am willing to bear the consequences without any regrets.

Others have said: “You have to think about what is appropriate for the occasion. Your selfishness has ruined the Golden Horse Awards, in the future the Chinese government might not allow mainland Chinese films to compete.” My response to this is that — what I said during the award is related to the theme of my film. The saying of “politics is politics, art is art” cannot circumvent the film’s subject matter, which is political. I am thankful to the juries of the Golden Horse Award and, as the director of the film, I have to speak out for my work as a response to their courage.

In Taiwan, the incident has also provoked responses, including of Taiwan's own president Tsai Ing-wen, who posted on Facebook on November 18:

I am proud of last night’s Golden Horse Awards ceremony. It shows that the difference between Taiwan and China is that we [in Taiwan] are free and diverse. This is a giving land when it comes to arts and creative work. The Golden Horse Awards reflects our spirit. We welcome all filmmakers to come to Taiwan for exchange and work. Here, people won’t be disappeared or silenced because they hold different views. We don’t filter away sensitive words said online. This is Taiwan. We hope that the guests coming to Taiwan and enjoying the freedom here are able to respect Taiwanese's views.

Taiwan has been a de-facto independent state since 1949, when the Kuomingtang fled to the island and established a government in exile after being defeated by Chinese Communist Party in the Chinese Civil War. However, the People's Republic of China maintains the “One China Policy”. Since the Taiwan presidential elections in 2016, Beijing has been redoubling economic and diplomatic pressure as well as making military threats to Taiwan.