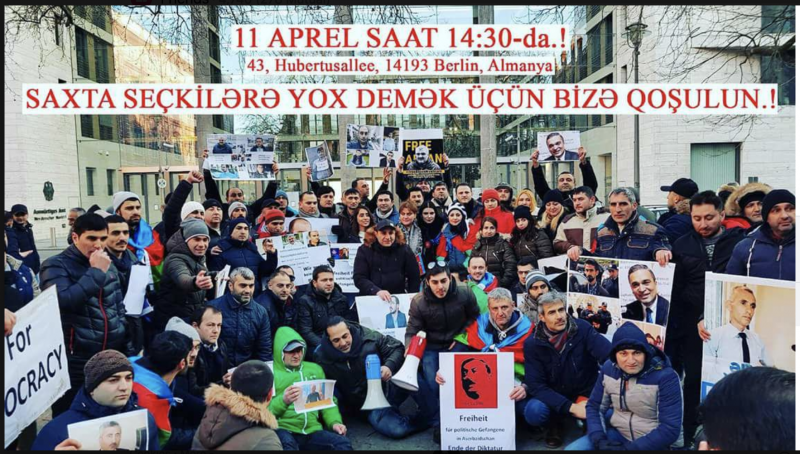 A gathering of anti-Aliev activists in Berlin. Posted on Facebook by Pervin Ismayilov. Intended for wider use.

As I interviewed Ordukhan Teymurkhan over the phone, the monumental stress he was under seeped through his voice. “I cannot keep my emotions under control. . . My family is broken,” he said, when I asked him how he was.

In February of this year, two of his brothers-in-law were detained and sentenced to 30 days’ administrative detention on charges of resisting the police. Last year, 12 of his family members were called in for questioning.

Many of Azerbaijan's politically active emigres have seen their families back home suffer as a result of their activism. The space available to oppose 56-year-old President Ilham Aliyev inside the country was always small, but thanks to a growing crackdown in recent years, it has shrunk to almost nothing. 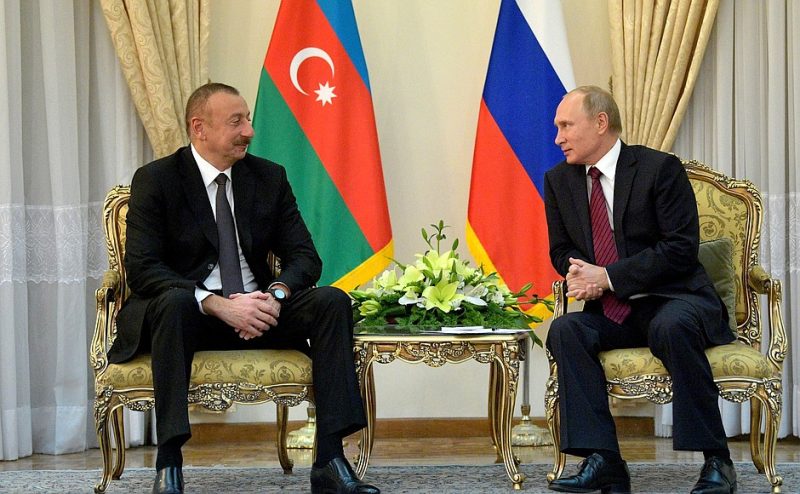 Ordukhan is part of a new, nameless and unofficial movement formed by Azerbaijani political dissidents living in Europe. It was formed in early March following protest actions organized in Berlin.

According to group members, the movement has no structure, no authority, and any Azerbaijani living inside or outside the country is welcome to become part of it.

Its goal is a simple one: to bring down the Aliyev dictatorship which emerged in the early years of the country's post-Soviet independence period.

The thing that has most angered authorities back in Azerbaijan seems to have been the movement's involvement in a creative poster campaign titled diktatoru tanıyaq, or #KnowYourDictator. 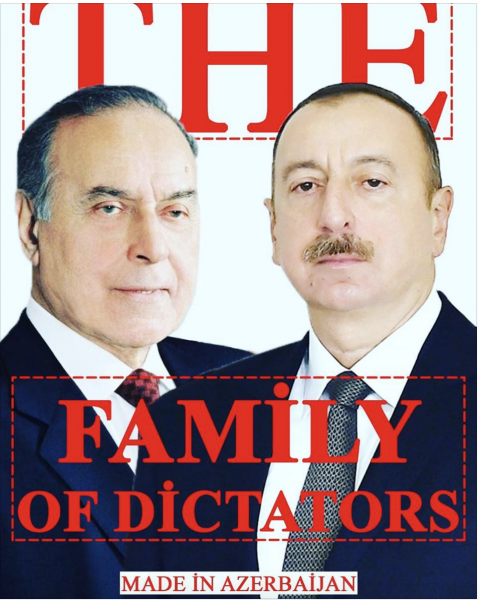 The posters from #KnowYourDictator traveled through European capitals as well as to Canada, Azerbaijan's neighbour Georgia and even Azerbaijan itself, as the country prepared for presidential elections on April 11.

The campaign later morphed into a hashtag on social media.

“If there is one word Ilham Aliyev does not like, it is being called a dictator,” explains Ordukhan. This, he says, is why the authorities have come after activists’ families.

Inside Azerbaijan, it is even harder to speak out against Aliyev.

One Baku-based activitst, Fatima Movlanli, was detained on March 26, but released after several hours under the supervision of police, who tried to convince her of the importance of rallying behind Aliyev.

Ilham Aliyev's regime is a harsher continuation of the authoritarian structure put in place by his late father Heydar, a communist-era bigwig who became president in 1993.

It has honed a reputation for muzzling media, blocking access to independent and opposition online news sites, arresting activists, journalists, rights defenders and bloggers, and dismantling the legal system.

The government even has a troll factory. A leaked document purported to be from one of these “armies” emerged online last week.

Straight from #Azerbaijan troll army. This list you are seeing has been assigned to our hardworking trolls. It contains names of opposition political parties, independent media and opposition leaders. pic.twitter.com/vh916ZtulE

For weeks now, outspoken critics of the regime have joked about being harassed by trolls. The usual bogus accusations aimed at Aliyev critics see them accused of receiving money from the West, or spying for Armenia. The frequency and tone of these false allegations was ramped up as the vote approached.

I have experienced them on many occasions myself. A few days ago, I even discovered a Facebook post on the page of the ruling party’s youth branch which accused me of being a mole financed by the Armenians and working in league with Hagop Berberian, a man I have never met.

I did not read all 946 comments, but what I saw was enough to confirm that in a tightly-controlled society, there are few checks on the power of government-spun myths and misinformation. 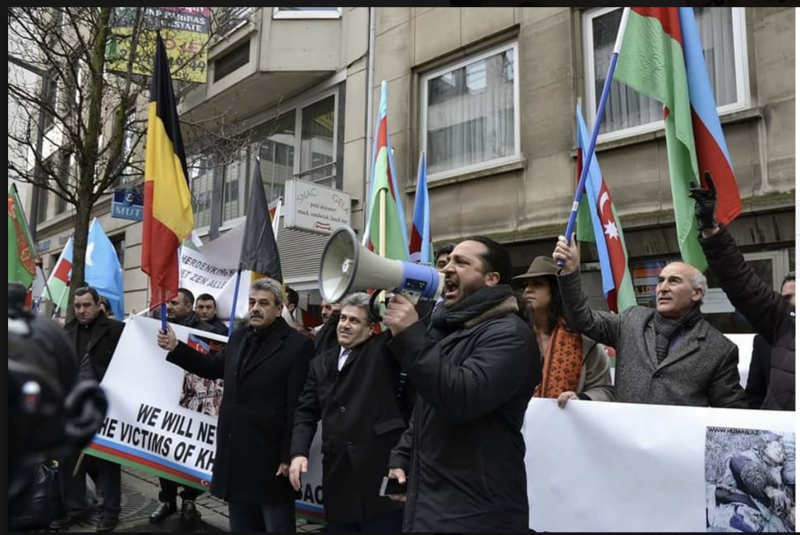 A gathering of anti-Aliyev activists in Berlin. Posted on Facebook by Pervin Ismayilov. Intended for wider use.

This vote wasn't a nail-biter, duh.

As it turned out, Aliyev won a barely contested vote with a 86% majority the head of the Central Election Commission confirmed April 12.

In a hallmark of ex-Soviet authoritarianism, other registered candidates even praised the incumbent in the run-up to the vote.

Seven other #candidates did not only avoid criticizing the government but also openly and actively campaigned for Aliyev during the debates on Public #TV. #Azerbaijan #azvote2018 #Elections2018 #ElectionDay pic.twitter.com/4lHfF3N9LK

Reports of violations on the day were numerous. Although the opposition and youth movements called on people to boycott the elections, it is not clear what effect this could have had on the outcome. Turnout, which the CEC said reached 75%, is routinely inflated in Azerbaijaini ballots.

Thanks to constitutional changes that extended presidential terms in 2016, Ilham Aliyev is now set to rule the country for at least seven more years. Should anything happen to him, there are several members of his family well-positioned to extend the Aliyev dynasty.