The 2018 Lebanese Elections: What Led to Them? 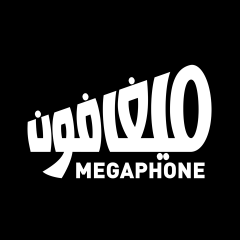 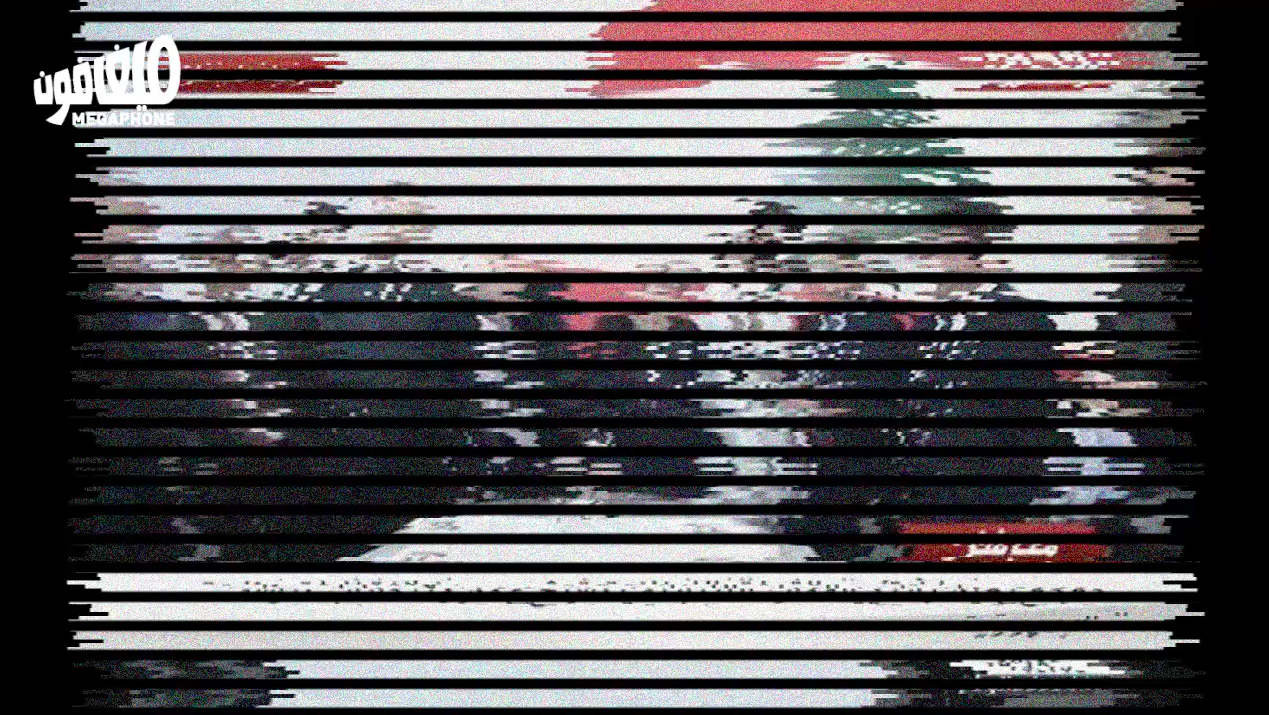 The following is the first in a series of articles offering context on the 2018 Lebanese elections, due to be held on May 6, 2018. The articles are prepared by alternative media platform Megaphone and edited for Global Voices by Middle East and North Africa editor Joey Ayoub and author Elias Abou Jaoudeh.

The last few years in Lebanon have seen some potentially paradigm-shifting developments in the country’s political arena.

The two coalitions that have dominated the landscape for more than a decade, known as March 14 and March 8, have suffered internal chaos and a number of parties that are secular or non-aligned have emerged, challenging a system based on religious and ethnic quotas.

In addition, the parliament finally ratified a long-discussed electoral law, doing away with the previous “winner-takes-all” set-up in favor of proportional representation, but within the context of sectarianism where each sect is assigned a number of seats in parliament and positions in government.

With elections approaching in May 2018, many in Lebanon are now wondering whether Lebanese politics is on the brink of something new or whether the situation will, despite everything, largely remain unchanged.

Ultimately, it appeared to be the end of the political binary between the March 8 and March 14 alliances that has gripped the country since 2005, but first…

What led to these alliances?

On February 14, 2005, Prime Minister Rafik Hariri, along with twenty-one other victims, was assassinated in an explosion. This event triggered large-scale popular protests referred to as the Independence Intifada or Cedar Revolution, which led to the resignation of the then-cabinet and the withdrawal of tens of thousands of Syrian troops and security forces from the country, present in Lebanon since the end of the country's civil war in 1990.

Consequently, the political scene was divided into the pro-Syrian regime March 8 Alliance and the anti-Syrian regime March 14 Alliance, each named for when their large demonstrations took place in 2005. The characterization of ‘pro’ and ‘anti’ here refers to their positions on the presence of Syrian troops on Lebanese territory since 1990.

Prior to the 2005 parliamentary elections, Michel Aoun returned from exile in France, where he fled the Syrian regime in 1990 following an unsuccessful mutiny, and his party, the Free Patriotic Movement (FPM), won most of the country’s Christian votes.

However, it was the March 14 Alliance, led by Saad Hariri, Rafik Hariri's son, that received the overall parliamentary majority.

Things immediately got more complicated as Aoun's FPM signed a Memorandum of Understanding with Hezbollah only nine months after the elections, marking the party’s first step towards joining the March 8 Alliance. 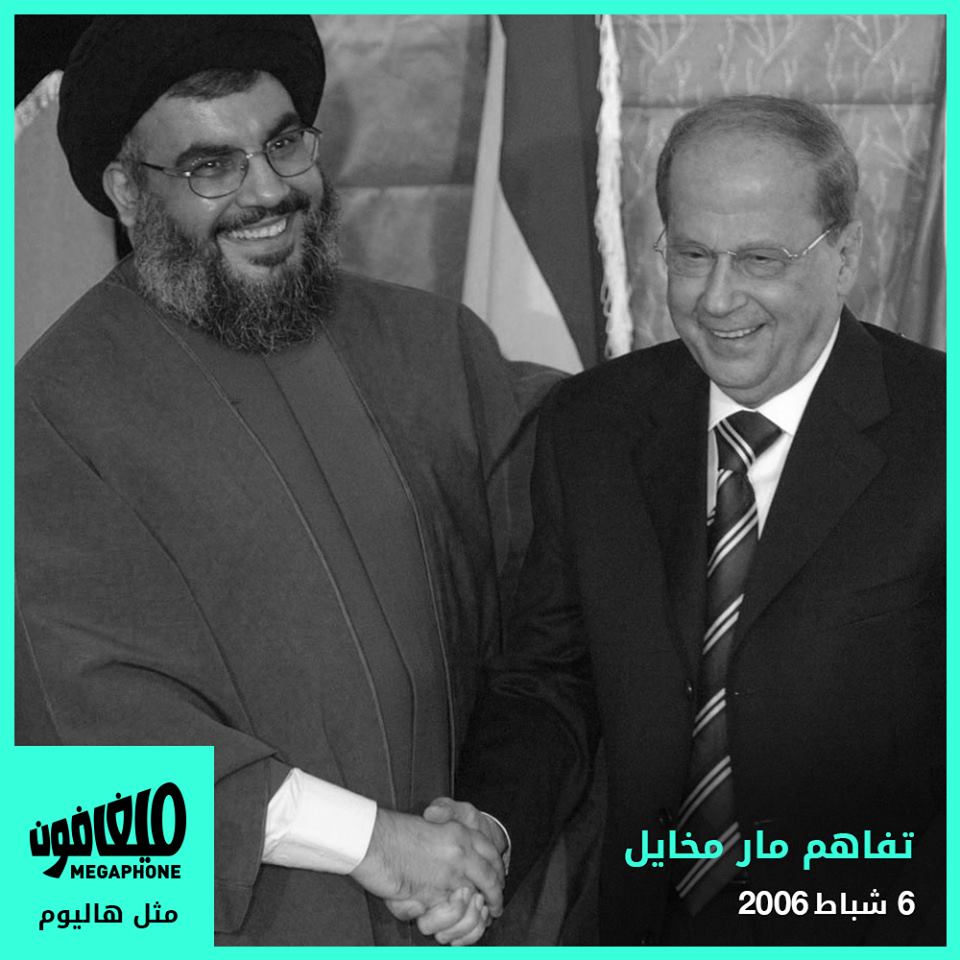 Hezbollah's Hassan Nasrallah, Left, with the Free Patriotic Movement's Michel Aoun, Right, when they signed the Memorandum of Understanding on February 6, 2006 at the Mar Mikhael Church. Source: Megaphone

Occupying its own spectrum but mostly aligned with the March 14 Alliance, the largest Druze party, the Progressive Socialist Party (PSP), took part in the anti-Syrian regime demonstrations. It formally left March 14 in 2009.

Following the 2006 July War between Hezbollah and Israel, the divisions between the two opposing sides increased.

There were many points of contention, but three in particular: the reign of President Emile Lahoud, the Special Tribunal for Lebanon, and Hezbollah's military weapons: 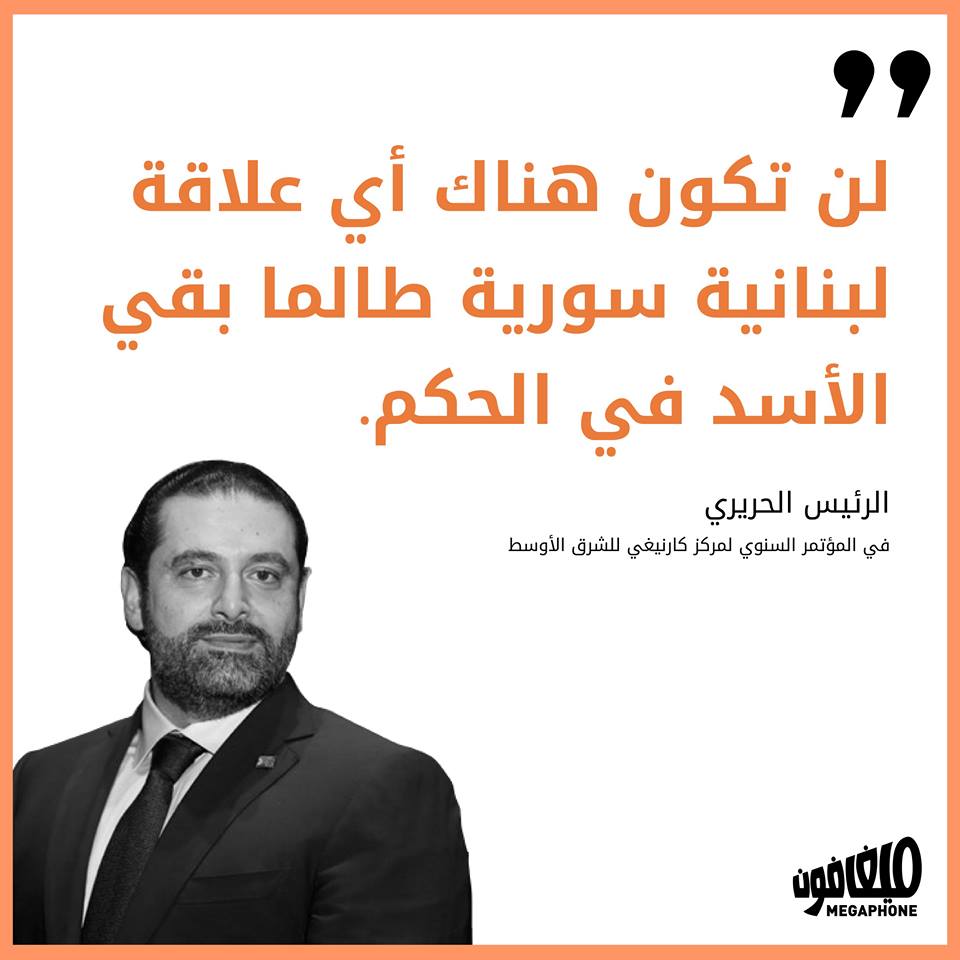 “There will be no Lebanese-Syrian relations as long as Assad is in power” – Prime Minister Saad Hariri at a conference in December of 2017. Source: Megaphone.

These political disputes all took place within the tense context of bombings, assassinations, and official sit-ins. The situation was further exacerbated when, in 2008, the March 14-led government dismantled Hizbollah’s communications network following an official consideration of its illegality.

By May 7, 2008, confrontations erupted in Beirut and Mount Lebanon after Hezbollah and its allies responded with armed attacks on the offices of Future Movement and the PSP. Nearly 100 people, including civilians, were killed between May 7 and May 14.

These intense clashes only came to an end with the signing of the Doha Agreement on May 21, 2008, which resulted in another “national unity government” and the election of former Commander of the Lebanese Armed Forces, Michel Suleiman, as president.

In the 2009 elections, March 14 again won the parliamentary majority, and Amal's Nabih Berri was appointed as the speaker of parliament, a position he has held since 1992. After those elections, Saad Hariri was made prime minister on November 9, 2009, forming yet another “national unity government”, but by 2011, it had already broken down.

On May 31, 2013, most political forces agreed to extend the parliament's mandate under the pretext of security conditions and again in 2014, after the failure of an agreement on a new electoral law.

As a result, there have been no parliamentary elections in Lebanon since 2009. Megaphone provided a more detailed breakdown (turn on English captions) on post-2005 Lebanese politics:

By 2015, there was growing dissatisfaction with the situation, manifested by the abysmal waste crisis engulfing Beirut and parts of Mount Lebanon. Public anger pushed the ruling political class closer, and solidified their approach to suppress civil society-led movements.

In the summer of 2015, the popular “You Stink” protest movement gained momentum, calling for immediate elections, sustainable waste disposal solutions and the resignation of ministers responsible for the waste crisis. This momentum would be transformed into the 2016 Beirut municipal elections, which saw the rise of the anti-sectarian, independent “Beirut Madinati” campaign, but other collectives were also formed, some of which are now focusing on the upcoming elections.

This threatened both the March 14 and March 8 factions and so, on January 16, 2016, March 14's Samir Geagea endorsed his historical opponent, March 8's Michel Aoun, for the presidency. The two alliances formed a unified coalition against Beirut Madinati to ensure an election win, and the move paid off. Beirut Madinati’s loss was partly made possible by the “winner-takes-all” system, whereby parties with the majority of votes get all the seats. This was changed in the summer of 2017, but it was too late for Beirut Madinati.

On June 16, 2017, the parliament finally ratified the long-discussed electoral law, based on the system of proportional representation. This video by Megaphone (turn on English captions) explained the new electoral system:

While many are now wondering whether the non-aligned, secular parties have a chance in the upcoming Lebanese elections, this brief and simplified historiography illustrates that nothing can be certain when it comes to the March 14 and March 8 coalitions — especially their ability to shift alliances to stay in power.