A 10-Year-Old Was Already Suing the US Government Over Climate Policy. Then Climate Change Really Hit Home. 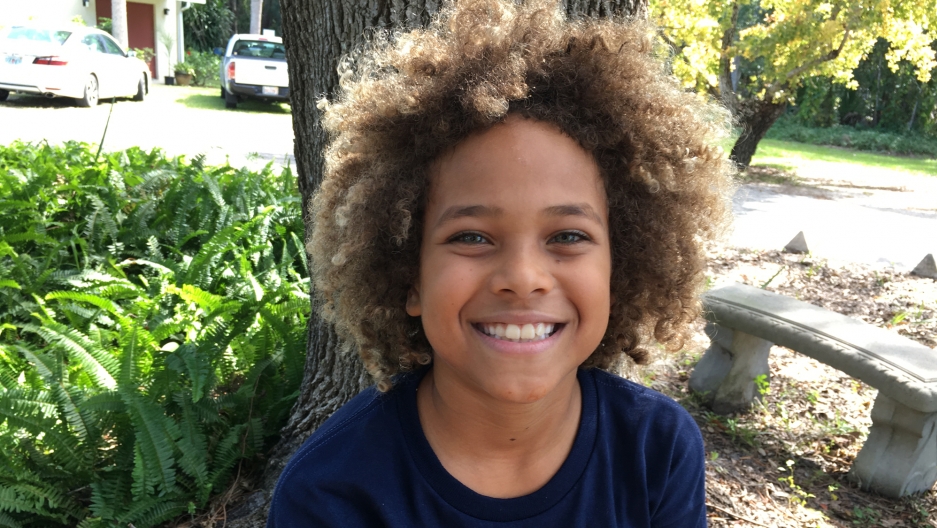 10-year-old Levi Draheim is the youngest plaintiff in a lawsuit filed by 21 youths who claim the federal government has violated their constitutional rights by supporting the continued use of fossil fuels that contribute to global warming. Credit: Deepa Fernandes/PRI

This story by Deepa Fernandes originally appeared on PRI.org on January 23, 2018. It is republished here as part of a partnership between PRI and Global Voices.

Ten-year-old Levi Draheim is a whizz at math, even though he doesn’t particularly like it. He plays a steady Dvořák’s “Humoresque” on the violin and he has a pet crab, JJ. Like most kids, Draheim hates cleaning his room.

Yet Draheim isn’t like most 10-year-olds in one main way — he’s suing the United States federal government for violating his constitutional rights by supporting the continued use of fossil fuels that contribute to global warming.

Draheim lives on a barrier island on the state of Florida’s central east coast. Sea level rise projections combined with beach erosion escalation means his home will likely be sitting in water in 30-40 years and his island will likely be completely submerged by the end of the century. It’s a reality even most adults in threatened Florida cities aren’t doing much about, which makes this child’s activism even more unusual.

The changing climate is something Draheim has witnessed first hand. When Hurricane Irma ripped through Florida in September 2017, it hit his town of Satellite Beach pretty hard. A week after the hurricane, came a torrential downpour that flooded many streets. Draheim and his family had to evacuate and his street flooded.

“It was so deep that … it was like up to the like middle of the car,” he said.

Draheim’s school also flooded pretty badly and had to close.

Before the flood, Draheim went to school three days a week and was homeschooled the other two. Going to school was a highlight because he got to hang out with other kids. But he won't get to see these kids as much anymore. The school was damaged beyond repair. So his mom, Leigh-Ann Draheim, has to homeschool him full time for now.

But that’s the least of her worries.

“Our whole street was under water, we had sandbags out and things like that,” she said. “We’re worried that if it rains hard then we’re going to have that issue again and again.”

The family lives on what’s called a barrier island, a long thin strip of sand off the mainland. Projections for sea level rise are not good for this part of the Florida coast.

“The barrier island will go away eventually because it’s at sea level,” Leigh-Ann said. Draheim jumped in to explain more.

“Well, there’s like these maps and stuff like that and it shows that this whole entire street will be completely under water. We’re zero feet above sea level. So even if the polar ice caps melt a little bit it will go into the ocean which is going to go into the Indian River Lagoon which is going to flood our home,” Draheim said.

One natural protection against rising sea levels are solid sand dunes, but even those are eroding in Satellite Beach.

Draheim wanted to show me how the sand dunes, which make like a wall on the Atlantic side of the island, are getting eaten away.

He and his mom took me to a part of the beach where the dunes are pretty eroded.

Draheim doesn’t just talk about climate change, he’s also trying to fight it. Among other things, he and his mom have helped with dune restoration work, planting a type of grass called Sea Oats in the sand.

”[Sea oats] are what really holds the dunes together, like with erosion, the sea oats are all that holds it in, really,” Draheim said.

But it’s not all work and no play. Draheim can ride his bike to the beach, he boogie boards when he wants. He loves his life here.

Yet there’s no denying he’s living the impacts of sea level rise and extreme weather. In many ways, he was a natural to join the 20 other kids from around the country suing the federal government over not doing enough to stop climate change. Of the group, he’s the youngest.

“I think climate change is basically like a national disaster, and it’s going to affect everybody,” Draheim said. “Like in Florida you can see obvious effects, like two hurricanes in the same year and we had to evacuate for that, and beach erosion, stuff like that.”

In this case, Draheim actually doesn’t have it quite right. Scientists don’t think climate change is causing more hurricanes. But there is evidence that in general, it’s making them and other storms worse.

Draheim is not just a cute young face for the movement. He’s constantly trying to learn more, he said, so he can do more. He listens to the news, pushes his mom to teach him climate concepts at home, and he listens intently when his older plaintiff compatriots talk.

Draheim joined the youth lawsuit by nonprofit, Our Children’s Trust, after his church minister told his mother about it. Leigh-Ann asked Draheim if he wanted to be involved and the then 9-year-old didn’t hesitate.

Draheim and his mom are members of a local Unitarian Universalist church. It’s a pretty relaxed, liberal church. During the mass, Leigh-Ann is barefoot and Draheim bounces a ball the entire service. At morning tea after mass, the congregants discuss Draheim’s activism with pride.

He’s one of the only kids at church, but he’s treasured.

The trial is slated to begin February 5, 2018. Draheim said whether they win or lose, he for one hopes that US President Donald Trump is watching.

“It’s kind of hard that the most powerful person in the world denies that climate change is ever a problem and ever will be a problem,” Draheim said. “And so, it’s just kind of hard.”

Then he shoots off, razor wheels attached to his shoes, and lands under a blackberry tree where he fills his mouth with sweet, juicy berries.