In Indonesian Papua, Dozens of Children Have Died From Measles and Chickenpox While Awaiting Medical Care 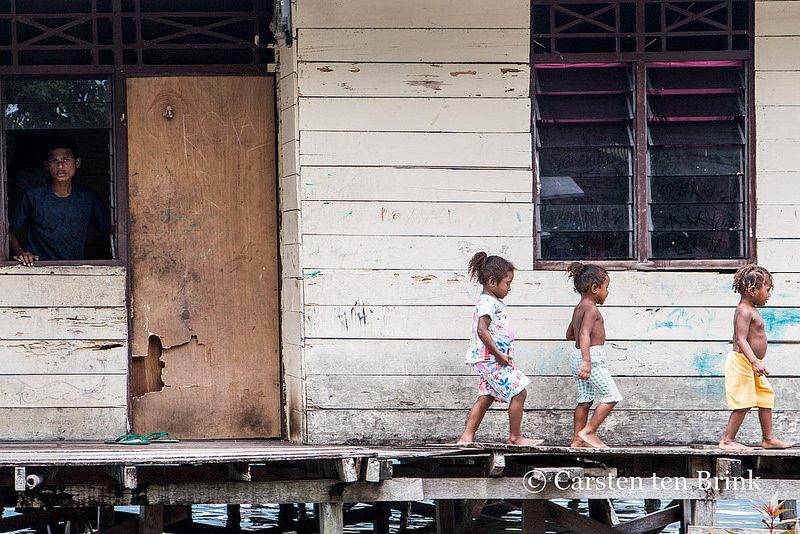 In the remote Indonesian region of Papua, a series of measles and chickenpox outbreaks have killed 69 toddlers and left hundreds of people hospitalized since September 2017.

The diseases have begun to spread to other regions, making some fear the total toll could breach 100. This week, the Indonesian government has sent the military to Papua to try to control the outbreak.

The Papua region is home to a mostly indigenous population that lives alongside the world's largest gold mine, one of the largest tax payers in Indonesia. Yet Papuans are among the country's poorest citizens.

Indonesians typically get measles vaccines as babies, but Papuans say the necessary medicine rarely reaches distant villages, and poor nutrition means the disease can be more damaging. Papua military spokesman Muhammad Aidi noted that, “Measles is not dangerous, it’s a mild disease. But because those children are malnourished, they can’t cope in that condition.”

Since mid-January, children in the region have also begun to die of chicken pox, a disease also easily overcome with regular nutrition. More doctors and paramedics were expected to be sent to the region on January 23.

The Asmat district of Papua has a severe shortage of doctors for a population of roughly 130,000. To make matters worse, the affected areas can only be reached by plane, helicopter, then boat. Pegunungan Bintang, a regency next door, has equally remote areas locked among mountains. Reports indicate 27 residents have died there.

The Indonesian government sent in the national military (TNI) to provide medical supplies and nutrition to regions in Asmat, but they are struggling to reach affected villages. Medical facilities are also few and far between. Forty-three patients with malnutrition could not find a place at the hospital in Asmat’s capital city but were treated in a church nearby.

Even when departing from the same island, it takes more than a day at best to reach the area. Some villages in Pegunungan Bintang require a day’s walk to reach. The remoteness also delayed the news of the outbreak.

Al Jazeera reports that some Papuans have had to travel by boat over long distances to other villages to find treatment, only to be denied care. Some children have died on the way and had to be buried on the riverbanks.

A measles outbreak was reported for the first time in September, but little was done do mitigate its spread or effects. Experts say the deaths could have been avoided months ago.

Phil Karel Erari, an environmentalist in Papua, wrote in a Facebook post that he told President Joko Widodo to improve the “concerning and bad quality” medical and education services in Papua. He also placed blame on local officials for not moving fast enough.

When the interviewer [on TV] asked me about my opinion, I told him that the local Bupati [district head] and Head of the Asmat Health Office must be held accountable, by way of resigning with guilt and shame. If they need to be dismissed, it will be to deter.

News site Tirto.id reported that the Minister for Social and Cultural Affairs, Puan Maharani, denied that the government response was weak and unprepared.

Oh no, (we were not late), we did all we could in anticipation. However, we also need the cooperation of local government, because they are the ones who know the problems and the situation in the region. The central government, of course, will work together to solve problems and anticipate things like that.

A local health department spokesman preferred to move on from blaming others.

We have very limited staff, but that doesn’t mean we aren’t trying very hard. What we need is not to be criticized but to be given real help. Those who criticize us, I want to invite to help here.

Hendrik Hader, a priest in Asmat, asked whether anyone really cared about the children who were dying.

Does anyone want to go there and get real data about their condition? And why do we only now say this is a problem?

The speaker of the People’s Representative council, one of the two houses of parliament in Indonesia, said that he would donate his salary to the efforts in Asmat.

I want to rally support and solidarity with all members of parliament and the community regarding what happened in Asmat, Papua, but I do not yet know what form that will take.

I have 18 months to hand over all my salary, but I just need someone to handle it.

In the early 1960s, with the help of the United States and a sham referendum in which only a handful of Papuans were able to vote, Indonesia invaded and took control of Papua. They allowed the US company Freeport-McMoran to operate the Grasberg mine, which has the world's second largest copper mine in addition to the more gold than any other mine.

An independence movement and low-level insurgency in Papua and West Papua, another province on the island, demands self-determination, economic development, and investigations into human rights abuses for the two provinces’ more than four million people, most of whom have indigenous roots and represent an ethnic minority in the country.

In an editorial, the Jakarta Post noted that the separatist flag often raised by Papuans in the news is more a red herring than a red flag.

Few question the arrest, torture and shooting of Papuan protesters, without questioning why anyone in a poor province would demand independence. As critics among Papuans reiterate, most Indonesians care about the rich land much more than their Melanesian brothers and sisters living too far from the capital and other more developed areas.