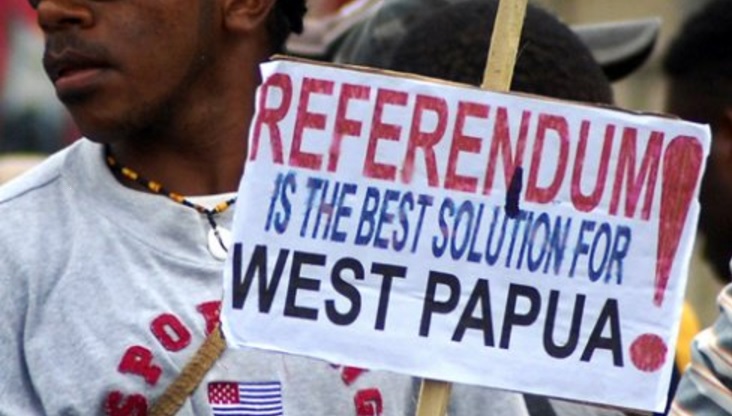 West Papua is currently a province of Indonesia, but there is a movement inside and outside the country calling for the establishment of an independent state.The social media campaign promoting the hashtag #LetWestPapuaVote aims to garner the support of the international community in time for the gathering of the International Parliamentarians for West Papua (IPWP) in the United Kingdom Houses of Parliament on May 3.

This meeting is very important, as it will mark the official call for an internationally supervised vote in West Papua by the end of the decade.

A brief history of struggle of West Papua

West Papua was colonized by the Netherlands in 1898. After 62 years, the Dutch government began to prepare West Papua for independence. In 1961, the people of West Papua declared independence and raised their new flag – “The Morning Star“.

Indonesia is accused of committing systematic abuses against West Papuans. There are reports about heavy militarization in the region resulting in severe human rights violations. Meanwhile, the independence movement is treated as a terrorist group. Media coverage about West Papua is strictly monitored so there’s little information about the real situation of the people in the territory. West Papua is one of the resource-rich provinces of Indonesia, although it has a high poverty rate.

As Indonesian ‘occupation’ of West Papua continues, the movement supporting the independence struggle has broadened as well. Some lawyers and parliamentarians from across the world have endorsed the campaign urging Indonesia to organize another plebiscite regarding West Papua’s right to self-determination.

The current initiative spearheaded by ‘Free West Papua Campaign Australia’ encourages netizens to express support for the struggle of West Papua by posting photos on social media in order to create stronger pressure on the Indonesian government. Below are some photos of individuals who have already joined the campaign: 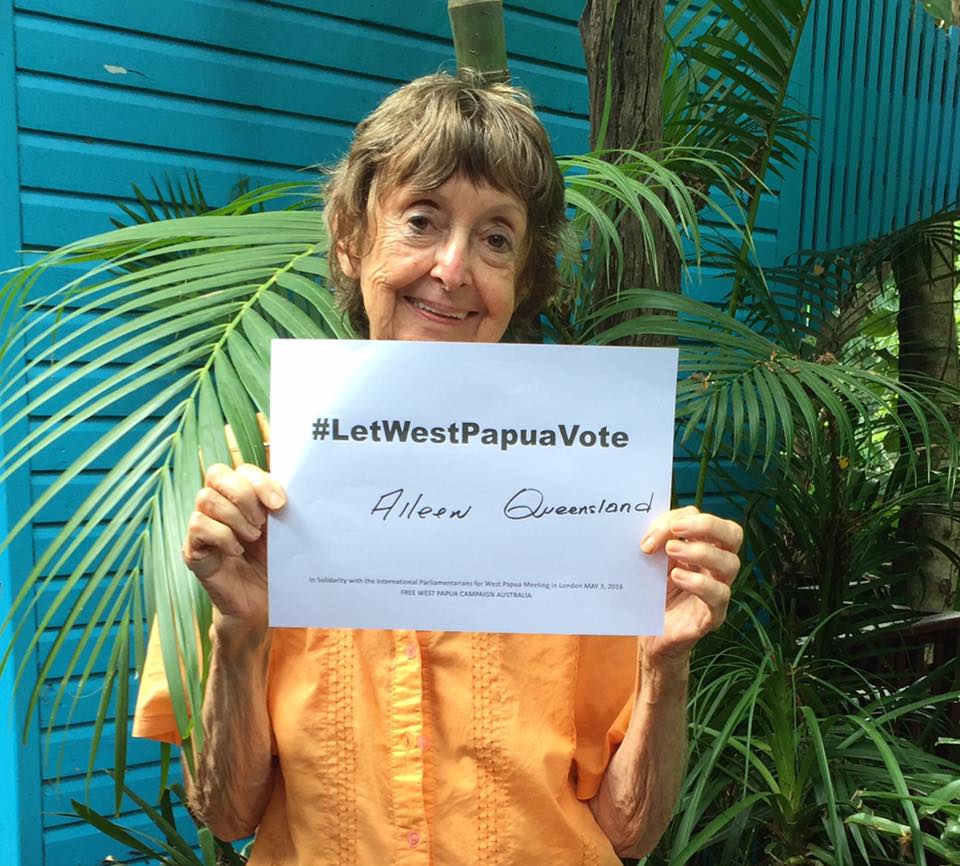 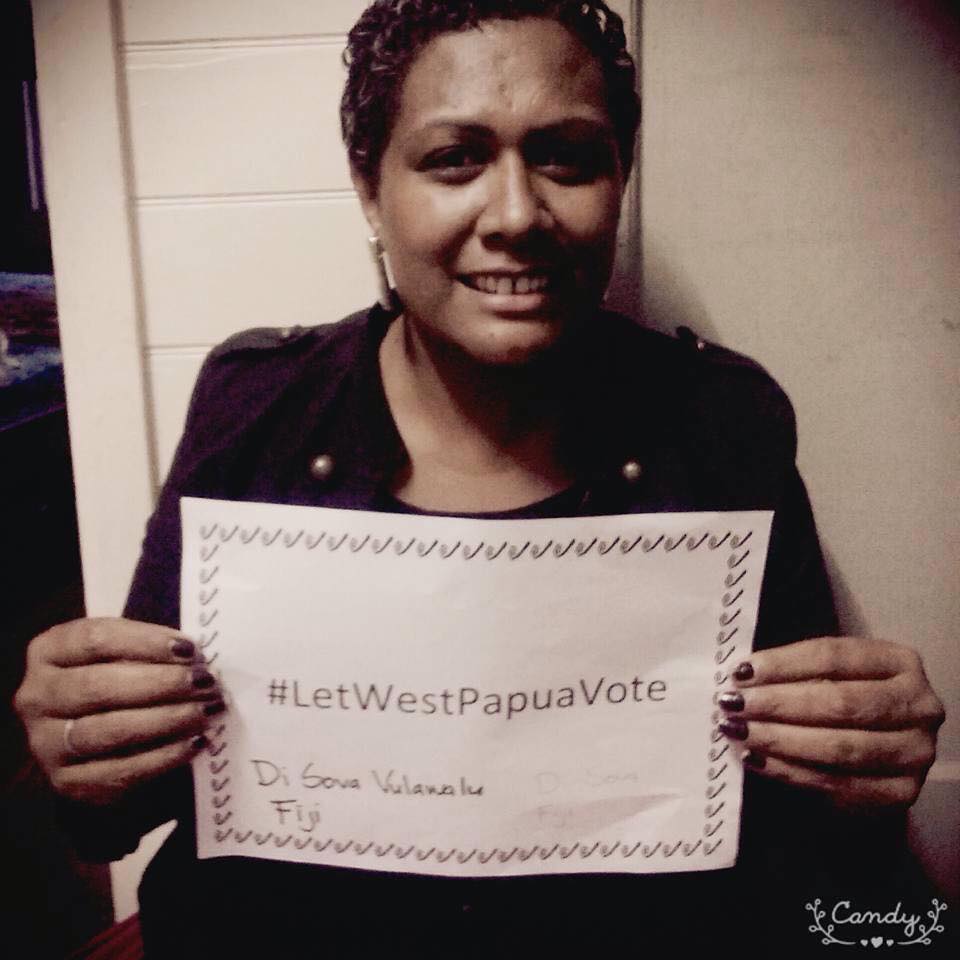 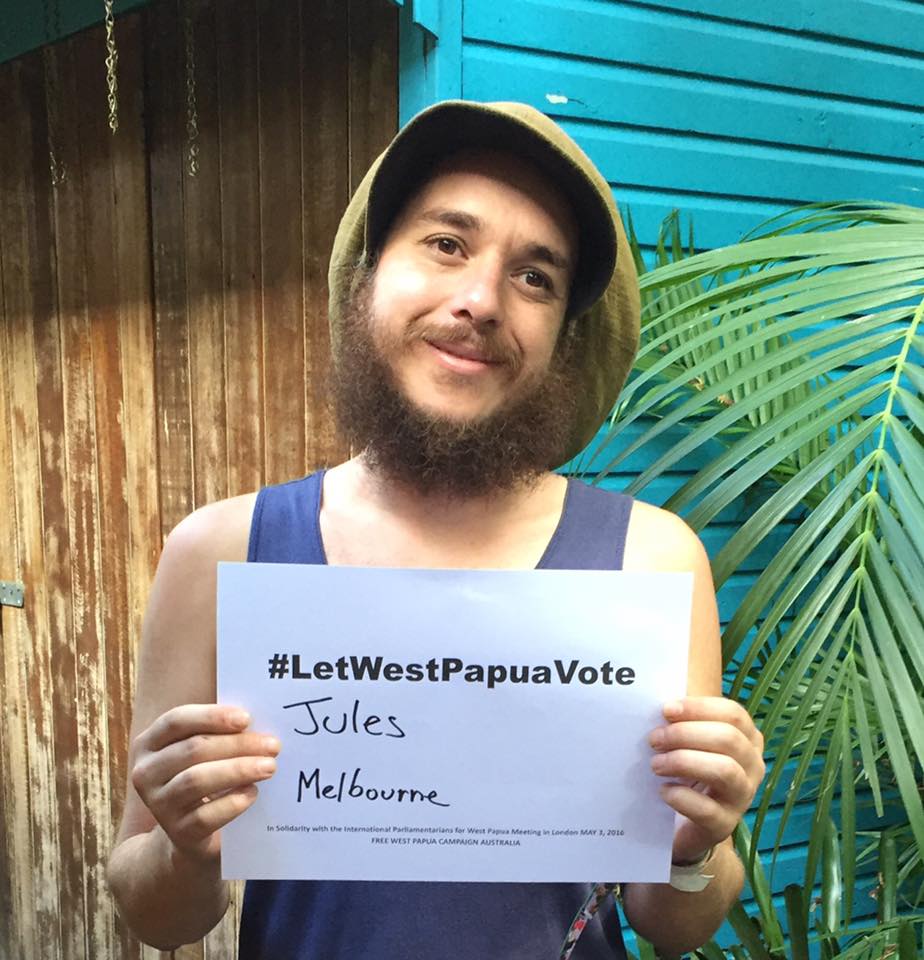 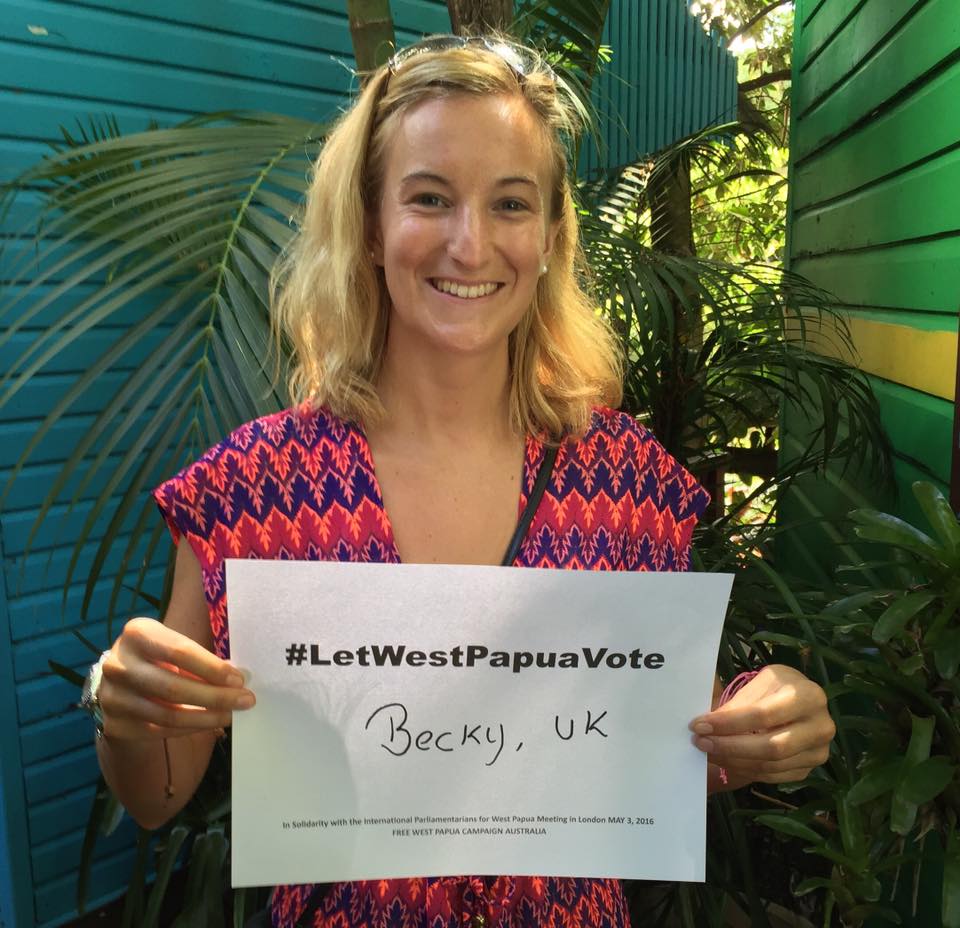 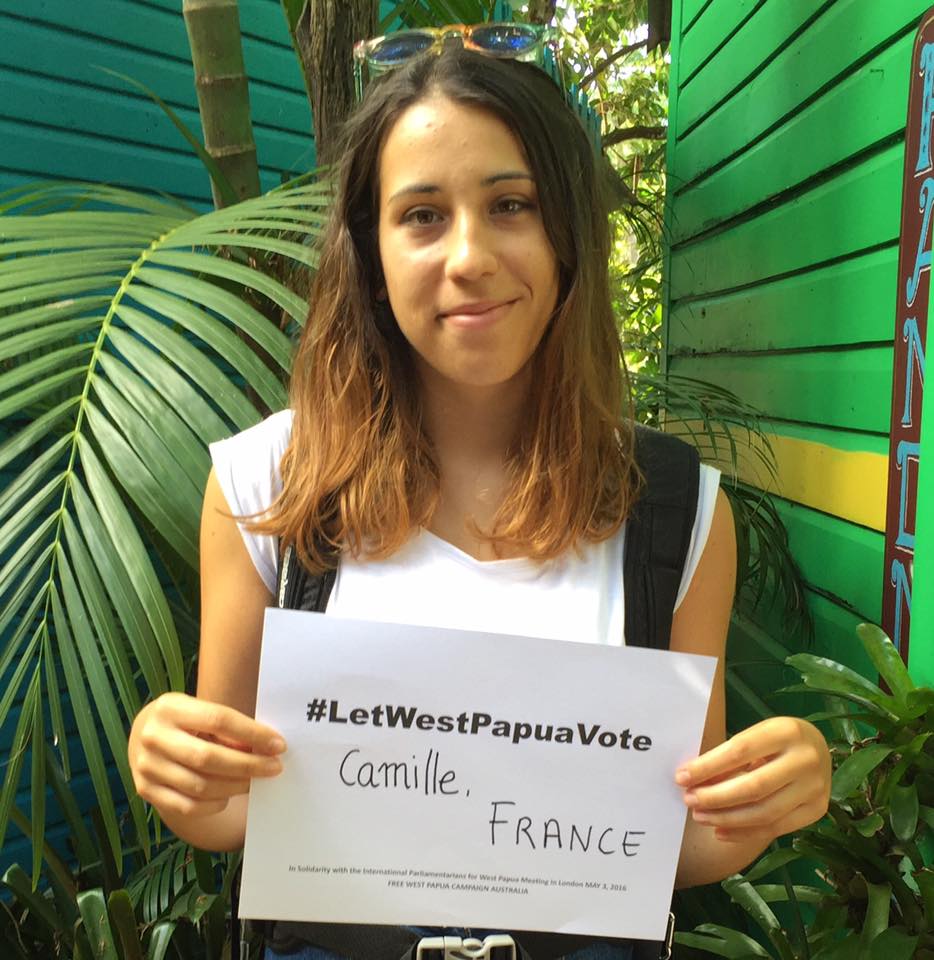