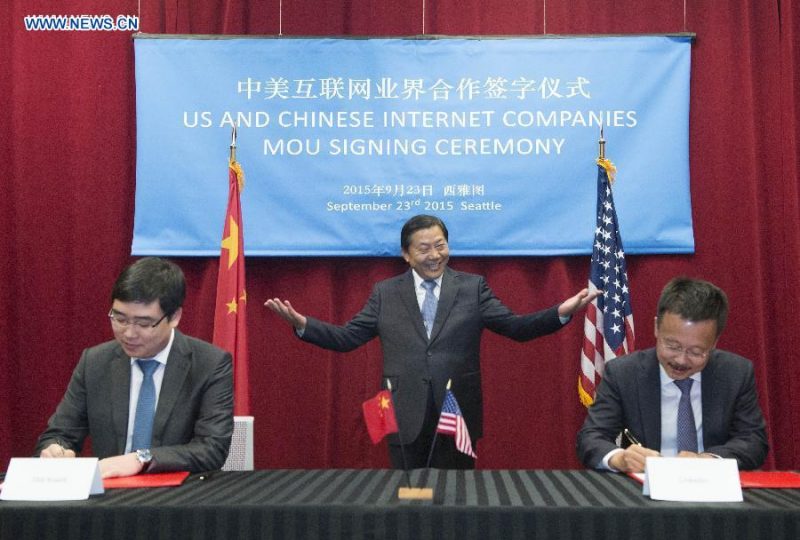 According to an announcement released on November 21, 2017 and posted on the website of the Central Commission for Discipline Inspection, Lu Wei, the former head of the Chinese Internet regulator, has been placed under corruption investigation.

Lu Wei was the director of the Administration of Cyberspace between April 2013 and June 2016. With his iron fist control over the Internet, he established his image as a hardline leader. In addition to regular censorship measures, including keyword filtering and content deletion, Lu Wei was in charge of coercing Internet celebrities into accepting a set of self-censorship guidelines in August 2013, as well as a crackdown on online rumors, the blocking of circumvention tools and an anti-online pornography campaign.

In 2014, under Lu Wei’s leadership, the Cyberspace Administration started organizing the annual Wuzhen World Internet Forum to promote the idea of Internet sovereignty to the world. He was placed under the international media spotlight when Facebook founder Mark Zuckerberg gave him a warm welcome at the social networking site's Silicon valley office; a year later, in 2015, Lu Wei was later listed as one of the world’s 100 most influential people by Time magazine.

Following the investigation announcement, the Cyberspace Administration held an internal meeting denouncing the former leader. According to the Communist Party of China (CCP)-affiliated media outlet, Global Times, the meeting concluded that:

Lu Wei […] has severely deviated from the Party Principle, violated the Party’s Central authority’s disciplinary requirement on party members, officials and leaders, severely polluted the political ecology of the CAC, severely damaged the image of the CAC and its team, and severely jeopardised the party's efforts for the healthy development of the internet and he is a typical two-faced man.

There are, however, no further details on the corruptive act Lu Wei is said to have committed.

This official enjoys playing with power, the emperor that once fed him now makes him a sinner. He creates his own mincing machine and the machine crushes its inventor.

People are silenced in front of the autumn executor. Autumn replaced by winter and the executor has ended up in the cooking pot. So many cruel officials have seen their own retribution, the beasts should take a lesson from [the fate of] Mr. Lu.

Fang zhouzi, a famous blogger was also happy to hear the news (via RFI):

So many people rush to tell me that ‘Internet Tsar Lu’ has been detained. Haha. While the saying that ‘the evil will be punished’ is a lie to honest people, with the ability to witness such instances once or twice, comes the feeling that this world is not as imperfect as it seems.

Yet, the news doesn’t imply that censorship measures would be loosened. @lucy8919 pointed out on Twitter:

Lu Wei from Cyberspace Administration is under investigation. So much cheering online. The scene reminds me of a line written by Du Fu: ‘Tears had wet my clothes when hearing the news about the recovery of the northern part of Ji County’ [The poem is about the end of a seven-year civil war during the Tang Dynasty]. So many netizens whose user accounts were banned thought the news so soothing. Yet, nothing has changed. Lu Wei is gone, but the current of 404 [a code indicating the content is inaccessible because of a connection disruption] remains the same.

In fact, to use President Xi Jinping’s political lexicon, some netizens even anticipated that the ideological control over the Internet would be more stiff or “comprehensive”. The denunciation of Lu Wei represents a replacement of the technocratic approach by the ideological struggle approach when it comes to China Internet governance.

If we look at the Maoist comments regarding Lu's fall, online censorship will be geared up to serve an ideological battle. When Sima Nan, a famous Maoist political commentator, elaborated on the official criticism of Lu Wei as “a typical two-faced man”, he suggested that Lu had been protecting liberal celebrities, including Pan Shiyi and Ren Zhiqiang, and neglecting the ideological battle front:

My major criticism on this person is that there are so many online smears against our country’s founding leader Mao Zedong and his leadership collective, as well as agendas and speech acts that undermine China’s political system. Very few people have taken that seriously and when they handled the matter, they didn’t have tactics and did not take the responsibility seriously. However, if the online comments affected their own image, they cleaned the web thoroughly.

Indeed, Lu Wei had already been replaced by his deputy, Xu Lin, on June 29, 2016. Since then, Internet censorship measures have been extended to the crackdown on chat rooms by making administrators liable for the spread of unlawful messages, banning anonymous comments, shutting down entertainment sites that deviate from socialist core values, and restricting underage netizens’ access to online games.