Not Without a Fight: The Battle for Affordable Housing in Cape Town 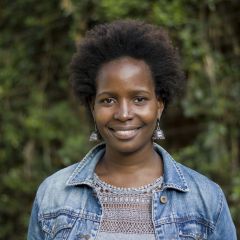 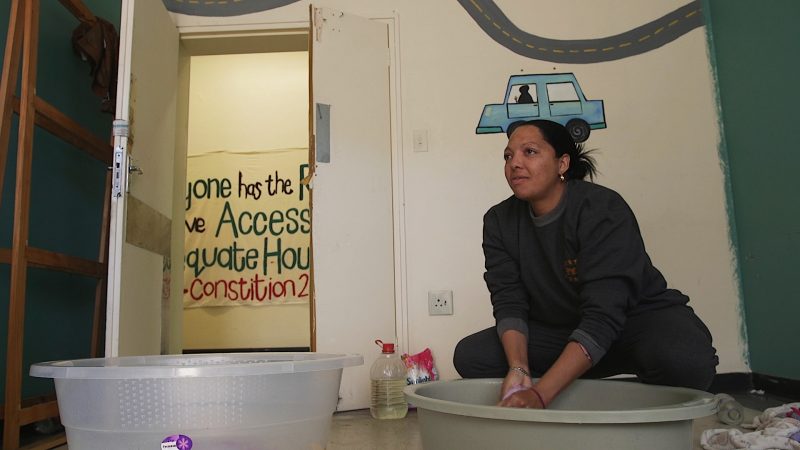 Laundry Day – Shaneekah Abdullah washes he children's clothes in one of the washrooms in Cissie Gool House. PHOTO: Nyasha Kadandara. Used with permission.

I have always said there are two types of people who travel to Cape Town. There are the ones who are enthralled by the mountains, beaches, and endless kilometers of wineries. And then there are those who cannot get over the harsh contrast between the shacks and the mansions, or the scarcity of black and brown people as they go about their tourist activities, except on the township tours.

Honestly though, one does not have to look too hard to recognise that Cape Town is an African utopia only for a few. For many of the city’s residents, the legacy of segregation and spatial apartheid persists in a tangible and powerful way.

After three years away, I recently traveled to Cape Town on business, and decided to extend my trip in order to re-acquaint myself with the place that had been my home for seven years. Naturally, a university reunion was in order. I sat with my friends around a dinner table in Woodstock Coop, the latest addition to the string of new trendy businesses taking over the old, abandoned streets of lower Woodstock, and listened to their stories of how they—university graduates and qualified professionals—couldn’t afford to live in Cape Town. Some of them had already had a taste of life in Johannesburg, South Africa’s notorious economic capital. Some had even bought property in Sandton, reputed to be the richest square mile in Africa. Yet even they couldn’t afford to live in Cape Town?

My friends weren’t exaggerating. The average Capetonian needs to earn three times the average salary to buy a home in the city. And not only are property prices in Cape Town the highest in the country, in 2016 it ranked third globally in terms of annual price increases.

And the prices keep going up, the latest being a R10 billion deal to sell and prime coastal land between Clifton and Camps Bay, which many residents fear will hike up the prices even more.

My friends and many other middle-class residents in Cape Town have been able to find ways to work around the system and survive, but there is a growing number of Capetonians who are barely surviving, and have found themselves displaced and homeless.

Land For People, Not For Profit

On the top of Mountain Road in Woodstock a banner hangs from the windows of an abandoned wing of Woodstock Community Hospital, emblazoned in bold red and black with the words “Reclaim the City”—the name of a political movement dedicated to fighting for affordable housing. The occupiers have named the wing Cissie Gool House, after the anti-apartheid political activist often referred to as Cape Town’s Joan of Arc. 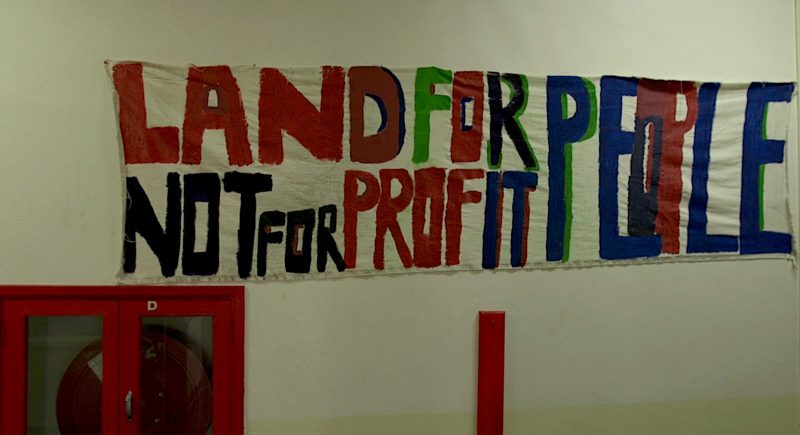 Inside Cissie Gool House I found a combination of homeless families and individuals who have converted the first floor of a ward into their home, turning patient rooms into bachelor’s studios of a sort, and dilapidated amenities into communal washrooms and kitchens and meetings rooms used for educational purposes. On the walls of the hallway they have painted words of affirmation—“Land for people, not for profit.”

At the back of the building, I found Shaneeka Abdullah hanging her laundry on a washing line. After making one complaint too many about the run-down state of her previous apartment, Shaneeka and her family had been abruptly evicted by her landlady. The family of four slept in their car for three nights before Abdullah discovered “Reclaim the City” through a Facebook post. The movement was advertising accommodation for recent evictees and those struggling to find affordable housing.

Shaneeka told me she “cried [her] eyes out” when she learned she would be able to give a home to her two daughters, 11-year-old Tarana, and four-month-old Almira. Standing in her converted room, she explained how she used a divider to separate the living and sleeping areas. The former is kitted out with a gas stove, a small fridge and makeshift cupboard, the sleeping area with a queen-sized mattress on the floor and a dresser against the wall. 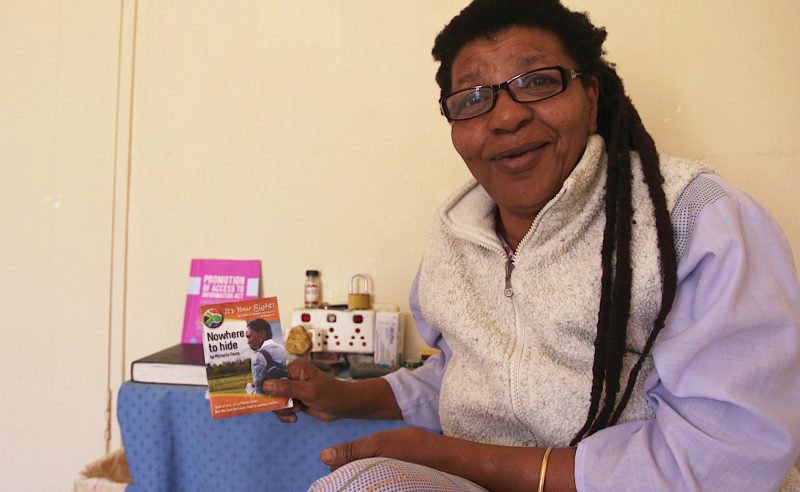 Abdullah’s living situation is not ideal, but she is determined to stay in Cissie Gool House until the city can provide her with housing.

The South African constitution states that everyone has the right to adequate housing, and government must take reasonable measures to provide it from its pool of available resources. The land on which Woodstock Hospital sits has been unoccupied for 10 years and was earmarked for affordable housing. But despite making commitments to using the site for housing, the owner, the Province, put in a development application to build offices worth R100million. The rezoning bid is part of what prompted Reclaim the City to occupy Woodstock Hospital and the Helen Bowden Nurses’ Home, another property earmarked to be used for affordable or transitional housing. Subsequently, the rezoning application was withdrawn.

After pressure from a number of housing activist groups, the City identified 11 sites to build social and transitional housing within the inner city and Woodstock Community Hospital is one of those sites. But in order to be eligible, however, people need to be registered with the national housing database.

“I’m too old to sleep in the streets now,” said 58 year-old Jennifer Williams as she sat on her bed playing a card game with her neighbor, Ismail Rahim. Jennifer is city girl, raised between Woodstock and adjacent Salt River; living in the metro areas is all she has ever known. She’s been waiting for a house for over 30 years. Jennifer’s is one of 373, 641 households in the national housing database still awaiting, and this backlog is set to grow to 650,000 in the next 15 years. 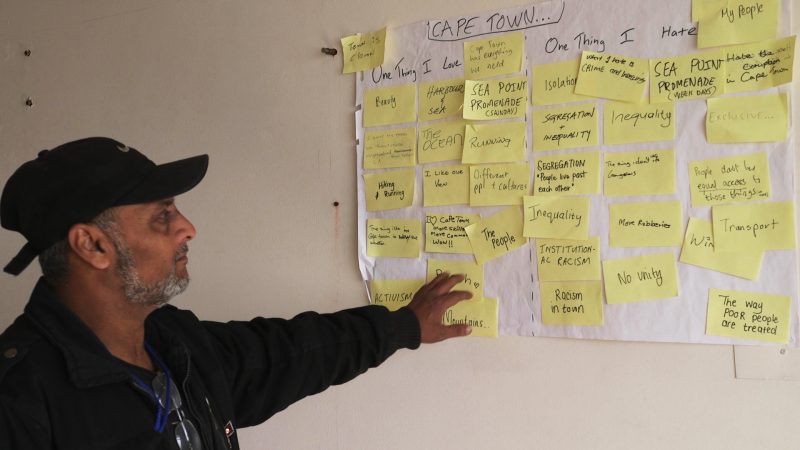 Residents express their feeling about the Cape Town, the good and the bad. PHOTO: Nyasha Kadandara. Used with permission.

While families continue to wait for the City to provide affordable housing, those in immediate need are sent to relocation camps like Blikkiesdorp and Wolwerivier, 30 km outside the city. Blikkiesdorp was established in 2008 as part of the preparations for the 2010 football World Cup, and when translated into English, means “Tin Can Town”. These settlements are far from urban centers with employment opportunities and residents struggle to access public transportation, or healthcare services.

“I hope I get attached to the new things that come along with the new developments,” says Jennifer, who has seen Woodstock change drastically over the last 30 years. But she accepts that some change is inevitable, and sometimes it’s beneficial. She notes, for instance, the decline in crime that occurred when the new shops came in. With a defiant look on her face, Jennifer says that “as long at the city gives us our places to stay,” she’s okay with the development.

Whether the city will, in fact, offer housing to people like Jennifer remains a question. The City of Cape Town has had plenty of opportunities since the end of apartheid to implement policies that promote inclusive urban development, such rent control and inclusive city-wide zoning. But perhaps movements like Reclaim the City will turn out to be David to the Goliath of gentrification and we’ll start seeing housing and development for all—not just for a wealthy few.

Nyasha Kadandara is a Zimbabwean-born, journalist and award-winning documentary filmmaker based in East Africa.