This pioneering decision by the city of Osaka has been trending on Twitter since the beginning of April 2017. 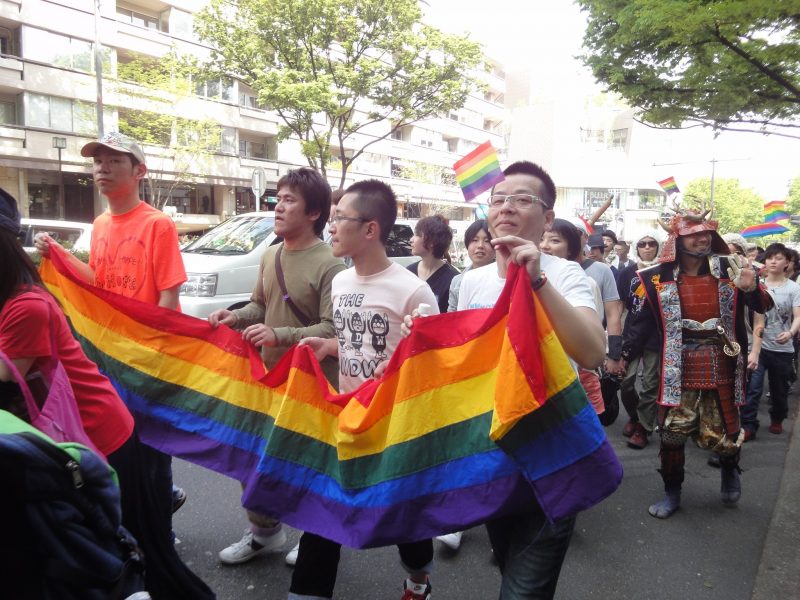 On April 6, 2017, the city of Osaka became the first municipality in Japan to recognize same-sex couples as foster parents. The change in policy came about when the city recognized two men, who wish to remain anonymous, as the foster parents of a teenage boy who had been in their care since February.

Until Osaka's decision in April, only married couples or individuals have been allowed to become foster parents in Japan, despite the fact that the country is in dire need of both foster and adoptive parents. As of March 2017, there were at least 46,000 children across Japan who were in the care of the state after either losing a parent or being removed from their homes because of abuse. The majority of these children live in institutions; just 10% are cared for by foster parents.

Following the landmark decision, the term #same-sex couple (#男性カップル, dansei kappuru, the term for a male same-sex couple) trended on Twitter. Naver Matome blogger “Grade Up” (グレードアップ) collected a number of these Twitter responses in a blog post. The majority of reactions to Osaka's decision about foster parenting seems to be positive:

Tweet: Two men (‘a male same-sex couple’) have been authorized by the city of Osaka as foster parents. If a couple wants foster a child who has been abused by their parents whether or not they are a same sex couple or members of the opposite sex it doesn't matter.

Poster text: ‘If you love the children you raise above all else, be you same-sex parents or parents of the opposite sex, that's all that's important to being a parent.’

Same-sex marriage is not yet recognized in Japan. This is because Article 24 of Japan's Constitution includes the phrase, “Marriage shall be based only on the mutual consent of both sexes,” which, for the time being, is seen as an obstacle to same-sex marriage.

In Japan, municipalities play an important role in overseeing and administering family law, which includes marriage, domestic partnership, adoption and fostering. Some municipalities in Japan have passed local ordinances that recognize same-sex civil partnerships, which equate these relationships to marriage.

Osaka's decision has been accompanied by a common theme — while some people might disapprove with same-sex foster parenting, the most important thing is for children is to be loved:

When I see tweets that mix up same-sex foster[ing] with adoption, I want to point out that fostering lasts until (the child) is 18 years old. The foster child is not entered on the family register (and therefore in Japan is not legally recognized as part of the family).

Anyway, I think it's great that the child can be part of a loving family, whether it be male parents or female parents, until they reach the age of 18.

There are a number of opinions that say that, because of Osaka's decision to recognize same-sex couples as parents that the children should be pitied. However I think that whoever is fostered by the two men will say someday they had a happy life (as a child). It doesn't matter what anybody else says, the most important thing is that the kids will be taken care of with love. Nobody should take pity on (these children fostered by same-sex couples).

Following the announcement by the city of Osaka, the term “Chocolate Doughnuts” (チョコレートドーナツ) — the title of the Japanese release of the 2012 movie Any Day Now that tells the story of a same-sex couple fighting for custody of a youth living with Downs syndrome — trended on Twitter as well:

Since same-sex foster parents have become a topic in the news, I highly recommend the movie ‘Any Day Now’. It's the story of two men who foster a teen with Downs Syndrome. However, because the two men are gay, the boy is taken from them. They don't give up, and fight to be able to care for the boy. It's a real tear-jerker and I recommend everyone see it just once.

The Twitter account that promoted the release of the movie in Japan also commented on the decision by the city of Osaka:

When we saw the news we were quite surprised, and when ‘Any Day Now’ started trending on Twitter we were surprised as well.

Of course, it's always best if children find happiness with their biological parents. However, if that's not possible, it's not wrong at all if some other person out there is able to provide the love and affection a child needs.